The Best Winter Wonderlands In Moscow 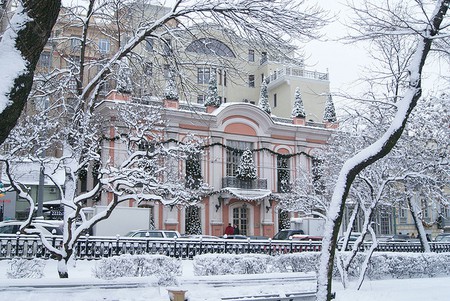 Infamous for its bitterly cold winters, you’d be forgiven for thinking that Muscovites enter a hibernation period once temperatures drop below zero. However, frosty weather doesn’t mean an end to outdoor amusements in Russia‘s capital. Come the first snow, many of Moscow’s best-known sites transform into winter wonderlands, with ice rinks, glühwein and cheer aplenty. We’ve picked the best of the bunch for your trip. 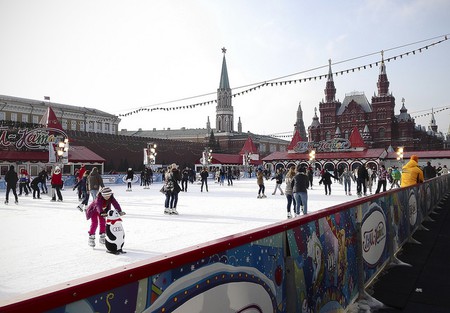 Arguably boasting the best views of any ice skating rink in Russia, the GUM department store’s ice rink is situated on Red Square, affording you stunning view of St.Basil’s, the Kremlin and GUM itself. With only 450 skaters allowed on the ice during each session, the rink is relatively small by Moscow’s standards so it’s worth getting there early to ensure you grab a place to practice your pirouette. Bawdy Soviet-era tunes that blast out from the loud speakers and an adjacent Christmas market selling snacks, drinks and (admittedly overpriced) Matrëshka dolls add to the festive feel. The rink is usually open 10am to 1 pm during the winter season, with ticket prices dependent on the day and time. 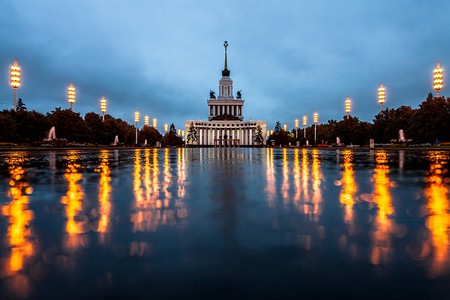 The monster ice-rink at the All-Russia Exhibition Centre (VDNKh) offers avid skaters over 20,000 sqm of ice, making it the largest artificial ice skating rink in Europe. In fact, it’s so big that organizers have taken the decision to split the rink into sub-areas to cater to all tastes. These include a children’s area, ‘Infinity’ and ‘Big Circle’ zones and, for the romantics among you, even a ‘Lovers’ Alley’ where you can practice that backwards skating hand-holding move that all Russian couples seem to have mastered. There are several open-air cafes you can enter straight from the ice, as well as skate-sharpening stations if all of that fancy footwork has blunted your blades. Lighting under the ice provides a unique ambience in the evenings and there will be a pedestrian viewing bridge if you fancy being a spectator rather than participant first time around. The rink is open 11am to 11pm (except for Mondays).

Once a walking area reserved exclusively for Moscow’s nobility, Tverskoy Boulevard is the longest and oldest boulevard of its kind in central Moscow. Starting at Pushkin Square and stretching all the way to the Timiryazev monument on the way to Arbat, this pleasant tree-lined pedestrian zone is flanked by several notable buildings including Café Pushkin – a gastronomic institution in Moscow – and Herzen House, where the eponymous author was born. In winter the boulevard becomes even more magical, with lights decorating the trees and the appearance of festive stalls down the central thoroughfare selling souvenirs, mulled wine and other seasonal treats. 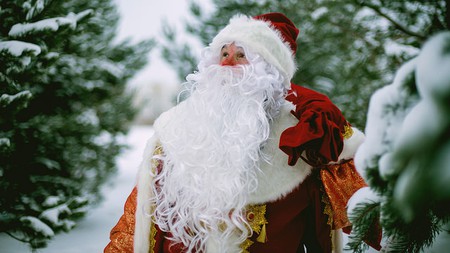 The official Moscow residence of Father Christmas or ‘Ded Moroz’ as he is more commonly known, Kuzminsky Park manages to maintain its festive cheer year after year. Despite the fact that the park as a whole has probably seen better days, there is plenty of charm to be found amid the ruins of the original 18th-century estate, most of which burned down in 1916. Children and their parents flock here over the new-year period to meet Ded Moroz and Snegurochka – a Russian snow maiden popular in traditional fairytales. Other sites to explore include a bath house, an Egyptian pavilion, several beautiful churches and an 18th-century classical-style church. 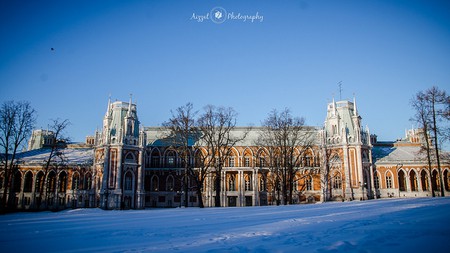 Previously named ‘Chernaya Graz’ or ‘black mud’ in Russian, this beautiful country estate had rather humble beginnings. The estate changed hands various times before Catherine the Great decided to buy the land and use it as her private residence outside of the city, renaming it ‘Tsaritsyno.’ Aside from the buildings themselves, many of which were designed in the Gothic style, the main draws of Tsaritsyno are the tranquil forests, beautiful lakes and winding footpaths. In winter, locals ice skate and sled on the lakes and hills surrounding the palace. The snow-covered birch trees and provide the perfect winter wonderland for cross-walking or country skiing. Remember to pack a flask of something hot to warm you up after exploring the many kilometers of parkland. 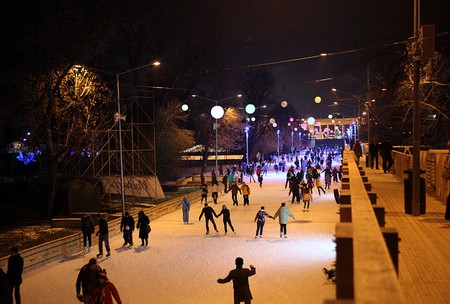 No Moscow hit-list would be complete without Gorky Park, arguably the classiest of all green spaces in Moscow. The park underwent major reconstruction in 2011, beautifully-kept flowerbeds and impressive boulevards have replaced the increasingly precarious theme park rides that used to dominate the space. In winter the park is as frequented as ever; the ponds are flooded to create an ice rink and an impressive balcony walkway stretches across the park so you can admire the footwork of those below from a safe distance. As with most other Moscow parks, ski tracks are created for winter sports enthusiasts and there are also heaters stationed throughout Gorky if you find sub-zero temperatures particularly unpleasant. Last year more than half a million people visited the ice rink over the winter season, and this number is set to grow even more over the coming months. The park also had a snowboarding zone with jumps and instructors if you decided to take the plunge. The ice rink is open 10am to 11pm. 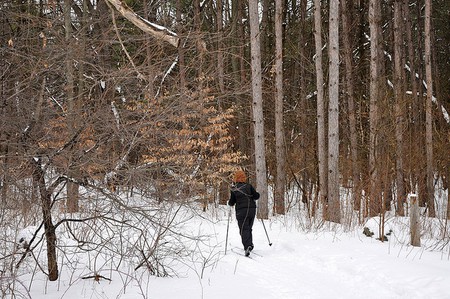 One for the more adventurous winter sportsperson, Sokolniki park offers 15 tracks totaling nearly 50 kilometers of space for you to practice your cross-country skiing. For the last two years it has also featured a snowmobile village, where you can hire equipment or take the snowy equivalent of a banana boat ride across the frozen tundra for a few hundred roubles. After all that exertion, relax in one of the park’s many cafes with a hot cup of mulled wine. Sokolniki also has the largest natural ice rink in Moscow, which means if you have your own skates, an afternoon of winter fun is completely free. In the winter, explore the beautiful forests of birch, spruce and elm trees.