The Best Things to See and Do on Vasilievsky Island, St Petersburg 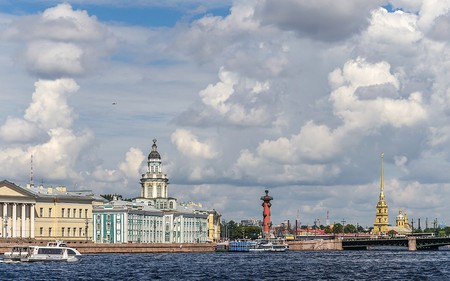 Exploring the hidden gems of a city can be a most rewarding experience. Vasilievsky is just that kind of place, full of history and often overlooked. Make sure to stroll down the perfectly parallel streets of the island and see the St Petersburg Peter the Great envisioned at the time of founding.

The Erarta Museum has an extensive permanent collection of Russian modern art. Works on display come from all kinds of artists, some are well-recognised and others are at the start of their career. The gallery also aims to represent artists from all regions of Russia, not just the bigger cities. The gallery is quite large, and there is a pleasant café to sit down and enjoy a coffee as you explore the various exhibitions. 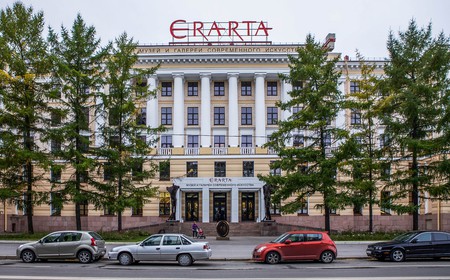 The Museum of Anthropology and Ethnography, previously known as the Kunstkamera was established by the founder of St Petersburg himself, Peter the Great. The original idea of the museum was to create a cabinet of curiosities where all sorts of rarities both natural and human were collected. Although now the main bulk of the exhibition are ethnographic exhibitions, articles collected by Peter the Great still remain there. Among them are human and animal fetuses in a bottle that display all sorts of genetic mutations. A sight not for the faint-hearted. 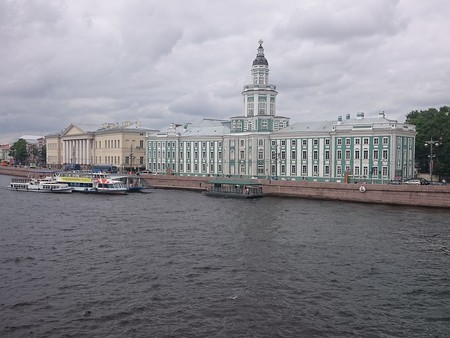 The Kuntskamera from the river | © Wikimedia Commons

Take a ride in an antique tram

The St Petersburg Museum of Electrical Transport was established in place of an old depot on the Vasilievsky Island. Trams have long been an essential part of the St Petersburg transport system and were installed during the imperial times. So long ago that those trams were pulled by horses. On display here, there are 45 trams that you can explore inside and out. There is also an exhibition of authentic photographs featuring these trams in action. At an extra cost, the museum organises a short tram ride around the depot on one of the trams displayed. Just ask at the cash desk if it would be possible to arrange. 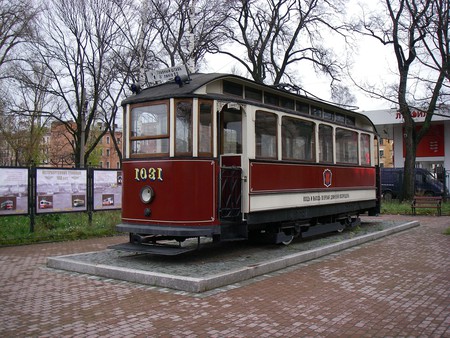 Look around the St Petersburg University

A the moment, Vasilievsky island is mainly inhabited by students. The university has a number of faculties as well as student housing spread around the island. Although the university does not allow visitors in unless they are attending an open event, it is possible to walk around and admire the buildings. For example, the main campus of the university is located in the building of Twelve Colleges, which housed the Russian government during the time of Peter the Great, back in the 18th century. 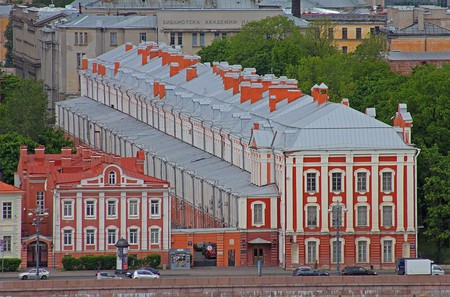 Building of the Twelve Colleges | © A. Savin/Wikimedia Commons

Step on board an icebreaker

That’s right, a real icebreaker called Krassin, docked not far from the city centre of St Petersburg. The ship has a lot of history to it. It was built during the Imperial times, in 1916, and participated in the Revolution. Krassin then took part in a number of rescue missions during the time of the Soviet Union and was also active during the Second World War. There is lots to learn on board, not only about the structure of the ship but also about modern Russian history. 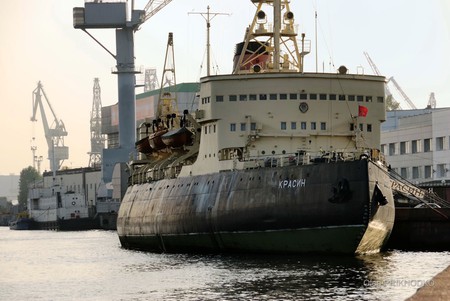 Take beautiful photos from the Spit

The Spit of Vasilievsky Island is one of the most picturesque places in the city. From here you can look across to the Palace Embankment and see the Hermitage palace as well as many other buildings in the centre. There is also much to be admired right on the spit, such as the two Rostral column, that served as lighthouses in their time, and the old Stock Exchange building. You can also walk down toward the water at certain points and just enjoy watching the water flow by. 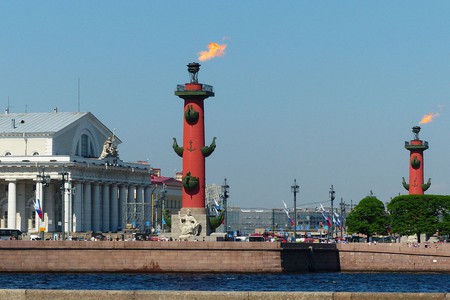 Rostral Columns on the spit of the Vasilievsky Island | © Wikimedia Commons

Walk through the Menshikov Palace

The palace was the residence of the first St Petersburg Governor General and the right hand of Peter the great, Alexander Menshikov. Ironically, his palace was more luxurious than that of the Tsar himself. No wonder he was later exiled to Siberia for interference in throne affairs. The general is gone, but the palace remains and is now open to the public as a museum. It houses a collection of Russian art of the late 17th and early 18th centuries and is a branch of the Hermitage museum. 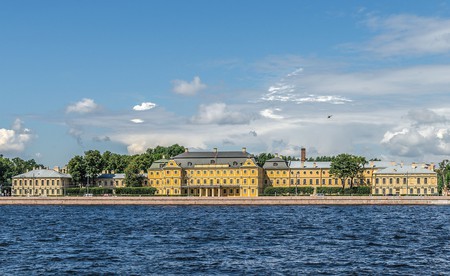 The exterior of the Menshikov Palace | © Wikimedia Commons
Give us feedback