The Best Things to Do in Nizhny Novgorod 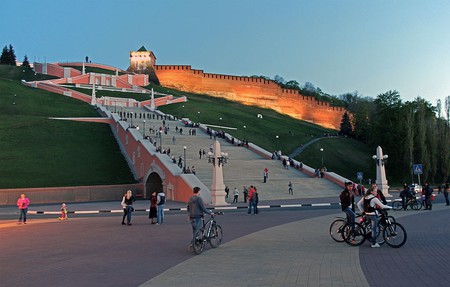 Nizhny Novgorod, founded in 1221, is one of the oldest cities in Russia, so is home to an array of historic attractions. If you’re headed to the 2018 FIFA World Cup in Russia and happen to find yourself in Nizhny Novgorod, it would be an absolute shame to miss out on seeing the city. Here are the best things to see and do.

Go back in time on Bolshaya Pokrovskaya

If you’re a fan of the Golden Age of Russian literature, Bolshaya Pokrovskaya is the place for you to go. As one of the city’s central streets, long lines of well-preserved 19th-century buildings stretch along both sides. It’s not only the architecture that will transport you back in time: sculptures of past inhabitants of the town, each with a story to tell, will make you feel as if you were a character in a Dostoevsky novel. 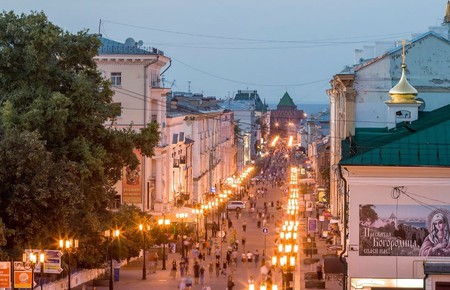 Have a picnic on the riverbank

The Chkalov Staircase, consisting of almost 600 stairs, leads from the Kremlin to the riverbank. On a sunny day, after a long walk around the Kremlin, head down to the Volga river, stroll along it and have lunch sitting on one of the benches placed near the boardwalk.

See the river from above

A cable car runs above the river from Nizhny Novgorod to Bor, a town on the other side of the Volga river. It is often used by locals as a means of public transport and the views from it are breathtaking. Spend an afternoon going to Bor and back; a trip that is most certainly worth your time. 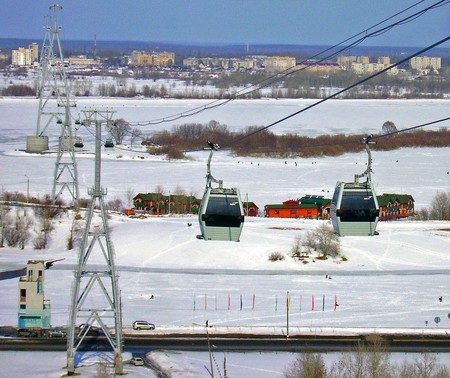 The cable car over the frozen river | © Aleksey Beloborodov / WikiCommons

Spend an afternoon in space

In a district just outside the city centre you’ll find a very special monument dedicated to Gromozeka, a well-loved character from a sci-fi Soviet cartoon. Gromozeka, whose metal sculpture can now be found on the playground in Nizhny Novgorod, was a friendly alien archaeologist from a far-away planet called Chumaroz. A few benches around the monument are hidden in what look like USSR space helmets. A must-see for all the space geeks out there. 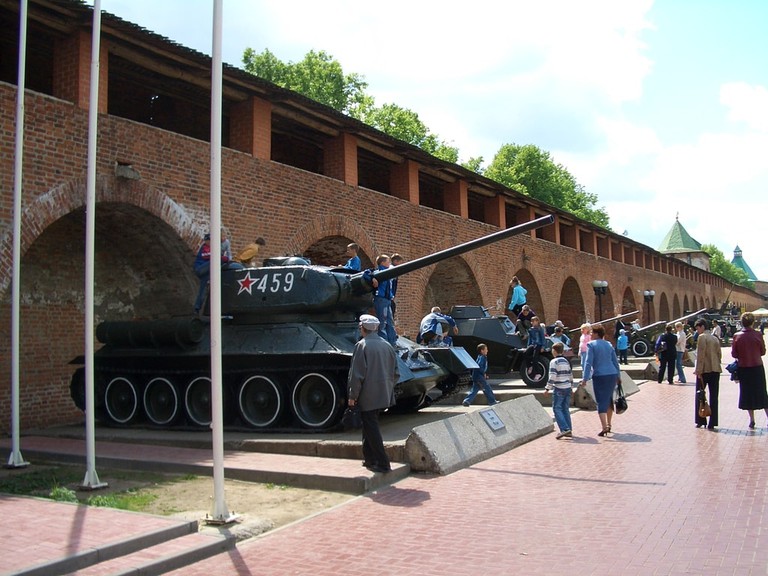 Gorkovchane - frontu | © Vladimir Menkov / WikiCommons
Are you a WWII history junkie? The Great Patriotic War, as the part of the war that took place on Russia’s territory grew to be called, is still vivid in Russians’ memories. The monuments and memorial boards devoted to it are scattered all over the country, and Nizhny Novgorod is no exception. Those from the city who died in the war are commemorated at the Kremlin with a display of armoured vehicles typical of the era.
Open In Google Maps
Minin and Pozharsky Square, Nizhnij Novgorod, Nizhegorodskaya oblast', 603005, Russia
+78314221080
Visit Website
Give us feedback

Get a sneak-peek into Nizhny Novgorod's pre-revolutionary literary world 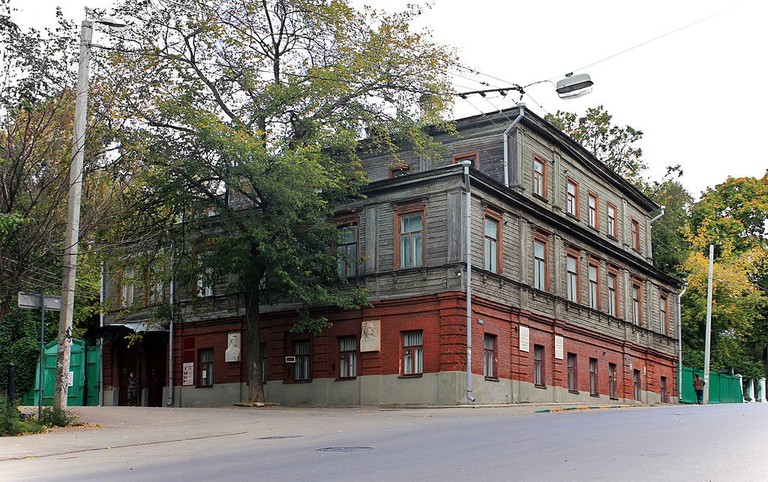 Gorky Museum | © Bestalex / WikiCommons
Maksim Gorky, one of the most prominent Soviet writers, was born in Nizhny Novgorod. The city was named Gorky in his honour from 1932 to 1990, but before this, he rented a flat in a building on Semashko Street. This flat was later transformed into his museum. Visitors can see the interiors exactly as they were in Gorky’s era as, once again, the city takes you on a journey back in time.
Open In Google Maps
19 Ulitsa Semashko, Nizhnij Novgorod, Nizhegorodskaya oblast', 603005, Russia
+78314361651
Visit Website
Give us feedback

Become a 19th-century nobleman or woman for the day 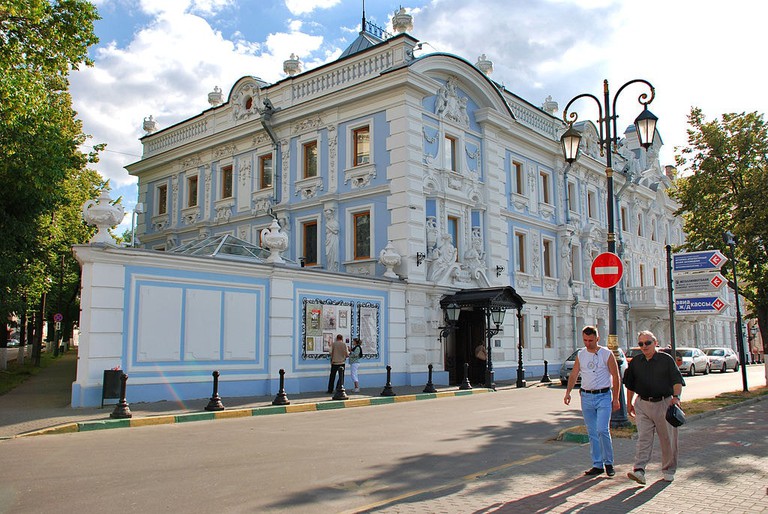 The Mansion | © Maria Krivoishena / WikiCommons
Due to its prominence in the pre-revolutionary Russia, Nizhny Novgorod was home to quite a few wealthy families. The Rukavishnikovs were one of them. Having purchased a mansion on the Verkhne-Volzhanskkya embankment in 1840, they renovated it in the style of an Italian palazzio. After the revolution, the building was taken away from the family and a variety of museums were opened here. Now, the 19th-century estate is open for visits.
Open In Google Maps
7 Verkhnevolzhskaya embankment, Nizhnij Novgorod, Nizhegorodskaya oblast', 603005, Russia
+78312822547
Visit Website
Give us feedback

Looking for things to do in Moscow? Check out our guide here.