The Best Things to See and Do in Moskovsky District, St Petersburg 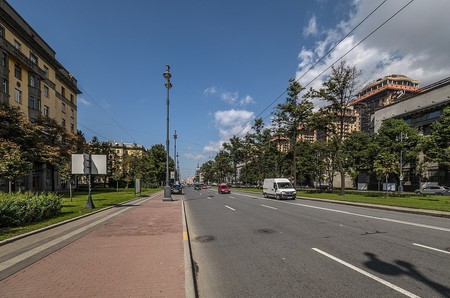 Visit the museum of the Siege of Leningrad

Among the first things you see when coming into the city from the airport is a large monument at the very start of Mosckovsky Prospekt. The Monument to the Heroic Defenders of Leningrad was erected in the 1970s to commemorate the residents of Leningrad that refused to give up the city during a 900-day siege by Nazi soldiers. Although the monument is very visible, what is not so obvious is the exhibition hidden underground. The permanent exhibition displays wartime objects, maps and documents describing the fight for Leningrad during the Second World War.

The Monument of the Heroic Defenders of Leningrad, St Petersburg, Russia 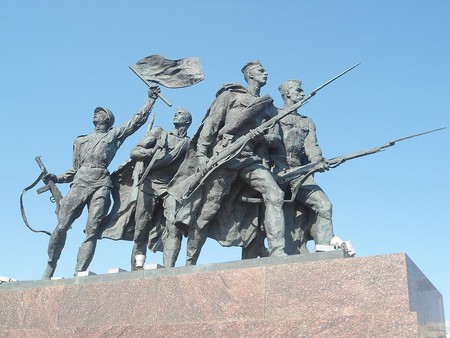 A close up of the Monument to the Heroic Defenders of Leningrad | © K.Ruffles/Wikimedia Commons

Wine and Dine with a View

Moskovsky district is a great location for a view. Since it is just outside the city centre, and the buildings are significantly higher there. You can get a great panoramic view from the location. If this all sounds appealing, then Floor 41 is the place to go. This restaurant is the highest in the city, located 145 metres above ground. You can see as far as the Gulf of Finland on one side and the airport on the other. On top of that, the menu here is creative as is the drinks card.

Explore the country from above at Grand Maket Russia

An expensive and extensive project to re-create Russia in a miniature has enjoyed great success. The whole country is displayed on a surface of 800 square metres at a scale of 1:87. Here you can see all the ports, airports, factories and main landmarks right at your fingertips. The model is also equipped with operational roads and railway lines bringing the map to life. 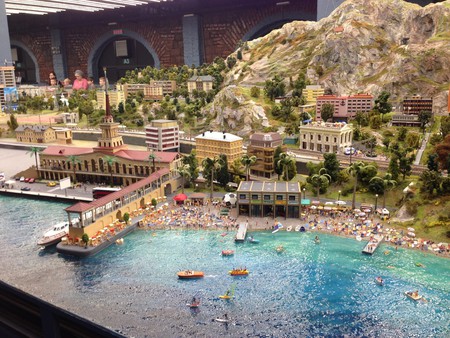 Get active at the Zhest Sports Centre

The only place in St Petersburg to combine this selection of sports. At the Zhest sports centre, you can do rock climbing, skateboarding, play tennis, practice parkour – basically all the main semi-extreme sports. The centre is a fairly recent addition to the city, so the equipment is modern and up-to-date. A perfect place to take even the most unenthusiastic teenager for a family day out.

Gaze at the stars from the Pulkovo Observatory

Not to be confused with the St Petersburg planetarium, which only serves as a museum and education centre. The Pulkovo Observatory is an actual research centre of the Russian Academy of Sciences. Naturally, you can’t freely roam around, so visits are only organised in groups with a guide. During the tour, visitors explore all sorts of technology, look at the telescopes in use and learn about the history of astrology in Russia. 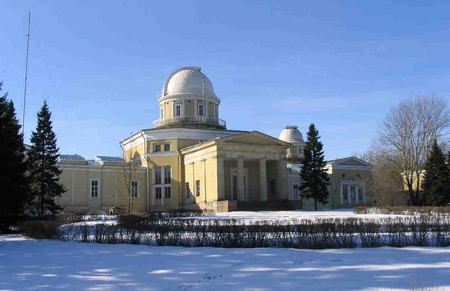 The Pulkovo Observatory in the winter | © Wikimedia Commons

Step into the shoes of a pilot

The museum of civil aviation is located inside the academy of aviation and has been operating as an initiative of the institute since 1975. Not the same scale as Star City in Moscow, but still an attraction for aviation junkies. Here you can find original cabins of places, aviation uniforms, engines, aeroplane parts and more. What’s more, entrance to the museum is free, although it only opens twice a week: on Tuesdays and Thursdays.

Admire the grandeur of Soviet architecture

The Moskovsky district began to take shape as the city expanded. Up until the mid-19th century, the city border was only at the very beginning of Moskovsky Prospekt, the main street of the neighbourhood. After the revolution, the borderline was pushed further and further south. And given that the government was now Soviet, so were the new buildings there. Don’t confuse them with the cheap Soviet housing of the era. These also exist in St Petersburg, but not elsewhere. Moskovsky was meant to show the grandeur and splendour of the Soviet era. 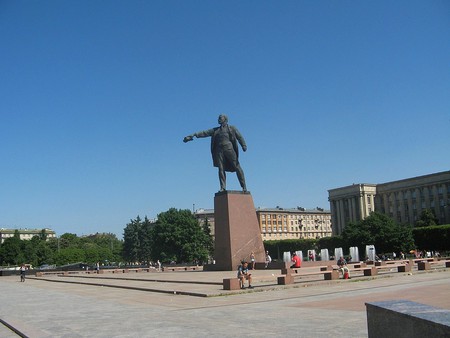 Statue of Lenin on Moskovsky Prospekt | © E. Borisova/Wikimedia Commons
Give us feedback