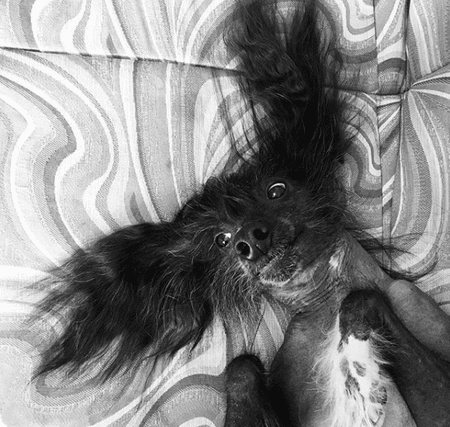 If you were to measure a country’s fondness of animals by looking at super cute animal pics on Instagram, you’d quickly realize that Russia clearly loves its animals. From unusual pet choices to funny looking dogs, here are the best animal Instagram accounts to come out of Russia.

Perhaps not everyone’s first choice for an apartment pet, Kuzma is a big-eared fox that lives in a towering Moscow residential block. As a fennec fox, Kuzma is native to the Sahara and North African countries, and it is the smallest breed of fox around. Since fennec foxes are ridiculously cute, people do keep them as pets; however, Kuzma is the only one with a strong social presence. Scroll through @fox_kuzma to see adorable pictures of the critter hanging out with its feline friend.

The story goes, Stephan was brought into the home of Svetlana and Yuriy Panteleenko as an abandoned three-month-old cub. He has now grown into a 130 kilogram (286 pound) brown bear in his 20s. He even has a job. Actor and model (and occasional celebrant), Stephan’s account, @sventlan_nko69, is filled with glamour shots as he poses with dressed up women and goes about his day.

Illustrating another odd pet choice, @I_am_puma details Messi the puma’s life in the city of Penza. A zoo rescue animal, Messi now lives the life of a pampered pet with long walks, woolen jumpers, dog obedience training and lots of cuddles. His owners brought him home sometime in early 2017, and since then, this regal, yet playful, feline has amassed over 300,000 followers on Instagram from around the world, who all appreciate the cuteness of this really big cat.

A more familiar pet, Kuzya is actually just a cat. Although it is an apartment cat in Moscow, Kuzya does have some pretty cool adventures. With bucket-loads of kawaii, Kuzya and its owners create too-cute sets and costumes and take photographs in fairly elaborate photo shoots. Kuzya even stars in a handful of animated videos, and @kuzya_in_red is filled with brightly coloured backdrops and delightfully saccharine scenarios.

The telephone rang. "Hello! Who's there?" #kuzyafantasy

Most members of the animal kingdom feature on @moscow_zoo_offical, from the majestic to the cute to the strange. As the official Instagram account of the Moscow Zoo, this account shows off all of the delightful animals in the organisation’s care as they play, feed and hang out with their companions. This account will make you smile at funny looking birds and marvel at nature’s oddities, and your heart will melt with delightful snaps of elephants, big cats, penguins and so much more.

When Empress Elisabeth of Russia issued a royal decree for the best rodent catchers in Russia to be sent to St Petersburg’s Winter Palace, she probably didn’t realise that these felines would go on to become a beloved cultural institution. The initial trainloads of cats arrived in 1745, and apart from the Siege of Leningrad (which was a particularly grim moment in the city’s history during WWII, where widespread famine beset St Petersburg), cats have roamed the grounds of the Winter Palace, now a world-class Hermitage, ever since. These cats even have their own Insta account: @hermitagecats.

According to the byline on @famousniki’s account, Niki is one of the most famous cats in the world. Whether or not this is true, Niki is ridiculously adorable. He is a gloriously fat cat with saucer-like eyes that has a habit of sitting in what appears to be uncomfortable positions that enhance his furry bulk. Somehow, this only makes him more charming.

#быстродай Ok. I'm waiting for you.

Erika Tcogoeva is an illustrator based in St Petersburg, and her love for huskies is evident on her feed, @erikaeasy. Looking at all the adorable pictures of puppies, adolescents and mature huskies, it is easy to see how this local breed has won her heart. She also shows her pedigree pooches, so scroll through to see some fluffy canines putting their best paw forward as they compete for Best-in-Show.

Despite looking like an odd couple, Pashka, the Yorkshire terrier, and Jyrki, the Chinese Crested, who feature on @jyrki_hairless, look like their lives are constantly fun. Peculiar looking, yet endearing, this scrappy pair are clearly pampered pooches. Originally just the Instagram account of Jyrki, Pashka only appears on the most recent posts, so subscribers can look forward to both of them pulling even more ridiculous faces.