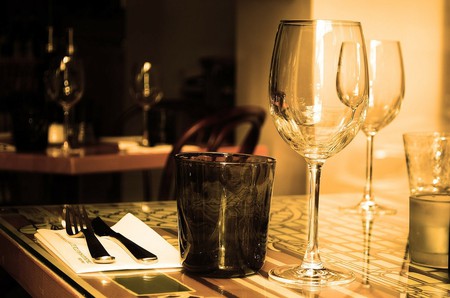 Located in the very heart of Moscow, Petrovka is one of the city’s busiest historical streets. This place is home to many incredible and famous restaurants, theatres, business centres and luxury brand shops. For authentic food, we have the ultimate guide for Petrovka Street.

This traditional Russian restaurant, by a famous local Novikov group, is located in the centre of Petrovka Street, very close to the Bolshoi Theatre of Moscow. This place is famous for its daily tea ceremonies and traditional Russian menu. We highly recommend booking a seat at Bolshoi in advance during the weekend.

Catch Bistro is open 24 hours a day, seven days a week, every day of the year. You can simply book a table online if you have doubts about the availability. The special atmosphere is complimented by a vast selection of fish courses and European and Asian fusion courses. Start your dinner with a tasty fish appetizer or two and proceed with shrimp pasta or sashimi with white Japanese rice.

Another local gem introduced by the famous Novikov group, this luxury sushi restaurant and bar is considered to be one of the best Japanese restaurants in Moscow. Fresh fish is delivered to the venue daily and each dish is expertly prepared with ingredients that have undergone strict scrutiny.

Haggis Pub & Kitchen is located in the middle of Petrovka Street, close to the famous Marriott hotel. This traditional gastropub offers its visitors high-quality Russian cuisine, but with a British twist. Try the deer terrine with pickled walnuts or the turkey liver parfait with cherry ketchup or the reindeer Scottish pie. Their extensive drink list consists of rare English beers, whiskeys and wines. No matter what you order, you’ll be sure to have a delicious adventure.

La Marée seafood restaurant opened its doors on Petrovka Street back in 2004. It immediately became beloved among locals. Fresh fish is delivered to the restaurant daily from France, Italy, Norway, England, Tunisia, Morocco and other countries. Visitors can try Australian barramundi, monkfish, turbot, St. Pierre fish, rocky red mullet, king prawns, grouper, sea urchins, oysters and lobster. Did we mention they also have an incredible black caviar line-up? It is thought to be the best in the city.

This unique farm-to-table restaurant is also located on Petrovka street. LavkaLavka is a brand new Russian cuisine restaurant that dances to its own tune. You won’t find anything else like it in Moscow. All the farm fresh products are delivered to the venue daily. Expect to find home-made lemonade, freshly squeezed juice and contemporary Russian courses. It is also a favourite stop for the Red Hot Chili Peppers band when it’s in town.

A post shared by LavkaLavka на Петровке (@lavkalavkarestaurant) on Jul 1, 2017 at 4:45am PDT

This beloved local hangout, named after the famous Dutch artist Pieter Mondriaan, is a real gem on Petrovka street. Besides having the best cocktails and great music, they have the most nourishing Russian snacks offered daily. We highly recommend starting your evening here.