The Best Museums in St. Petersburg

The Hermitage | © takazart/Pixabay
When there are so many museums to choose from, but also not enough time to see them all, it’s crucial to make the right choices. Museums come in different shapes and sizes in St. Petersburg. Many are located in historic buildings of palaces once belonging to noble families or even the royals themselves. Some are more modest apartments that served as homes to famous Russian artists. Here are the museums that should be first on your list.

Museum
Inside the Hermitage Museum | © canesjurij/Pixabay
The Winter Palace, also known as The Hermitage, began acquiring its extensive collection when the Imperial family started using it as their winter residence in the 18th century. The collection currently comprises over 3 million works of art spread throughout four buildings along the Neva river embankment. The museum houses artworks starting from the classical period to modern art from all over the world. If one was to spend a minute in front of each artwork, it would take more than seven years to see them all. Such an impressive collection is worth visiting at least once.
Open: Tuesday to Sunday 10:30am-6:00pm (Wednesday 10:30am-9:00pm)
More Info
Open In Google Maps
2 Palace Square, Tsentralnyy rayon Sankt-Peterburg, 190000, Russia
+78127109079
Visit website

Museum
The State Russian Museum is housed in the palace that once belonged to Prince Michael Pavlovich, one of the sons of the Emperor Pavel I. The palace became a museum by the end of the 19th century and is dedicated in particular to the work of Russian artists. There are more than 400,000 works of Russian art, some dating back to the 10th century. Among the many famous artists displayed here are Brullov, Aivazovksy, Repin, and Vasnetsov.
Open: Wednesday to Monday 10:00am-6:00pm (Thursday 1:00pm-9:00pm)
More Info
Open In Google Maps
4 Inzhenernaya Street, Tsentralnyy rayon Sankt-Peterburg, 191186, Russia
+78125954248
Visit website

The State Museum of Political History of Russia

The mansion that houses the Museum of Political History of Russia once belonged to renowned ballet dancer Mathilda Kshesinskaya right up until the February Revolution of 1917. After she left the building, it was occupied by Bolsheviks; after that, members of the leadership, such as Lenin and Stalin, worked here. Therefore, the choice of building is not coincidental. It played an important role in the modern history of Russia, and now in turn explains the events of the 20th century. Here you can find documents, posters, photographs, and other memorabilia that together paint a picture of one of the most turbulent eras in Russia’s history. 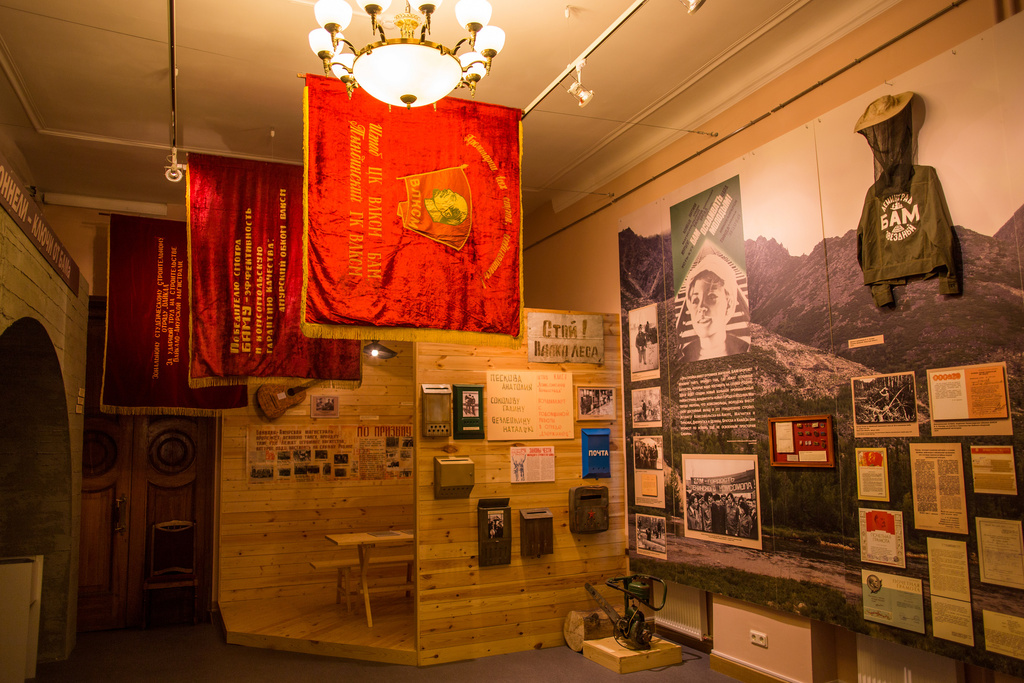 Exhibition at the Museum of Political History| © cat_collector/Flickr

Museum
Renaissance Egg | © Михаил Овчинников / WikiCommons
The name of the Fabergé jewellery company is well known around the world. The jewellers of the Fabergé house worked on commission from the royal family, producing exquisite handcrafted items, among the most favourite of those being the Fabergé eggs, gifts presented by members of the royal family to each other at Easter. After the Revolution of 1917 the production of Fabergé jewellery came to a halt, and many items in the possession of the royal family were nationalised and many lost around the world. The largest collection is now in the possession of Russian oligarch Vekselberg, who displayed his collection in Shuvalov Palace, which became the Fabergé Museum.
Open: Saturday to Thursday 10:00am-9:00pm
More Info
Open In Google Maps
21 Fontanka river embankment, Tsentralnyy rayon Sankt-Peterburg, 191023, Russia
+78123332655
Visit website

This museum has aimed for nothing less than putting together the entirety of Russia’s military history, and there is certainly a lot to it. The building, located right in front of the historic Peter and Paul Fortress, was commissioned in 1703 to serve as a warehouse for old artillery objects. With time, the museum continued growing and now comprises 13 halls displaying monuments of science, technology and art all related to the military history of Russia.

Museum of the Defense and Siege of Leningrad

Museum
WWII Photographs | © mussels/Flickr
The history of modern St. Petersburg is closely connected to the Second World War. It is likely that every family living in the city was affected by the war. For 870 days, the city was under one of the longest and most destructive sieges in the world – the Siege of Leningrad. The Museum of the Defense and Siege of Leningrad is the only museum dedicated to those terrifying years and itself faced destruction soon after being founded. The collection of the museum includes personal items from Siege survivors, as well as weapons, photos, documents and personal recollections of the many people who suffered in the war years.
Open: Wednesday to Sunday 10:00am-6:00pm (Wednesday 12:30pm-8:30pm, closed on the last Thursday of the month)
More Info
Open In Google Maps
9 Solyanoy Pereulok, Tsentralnyy rayon Sankt-Peterburg, 191187, Russia
+78122757547
Visit website

Museum
Dostoevsky's Apartment | © cat_collector/Flickr
Saint Petersburg is Dostoevsky’s city. Being one of the most recognised Russian authors for the complex issues addressed in his novels, many of Dostoevsky’s works are set in Saint Petersburg, because it was the city in which he lived and worked until the end of his life. The Dostoevsky Museum opened in the apartment Fyodor Dostoevsky rented in Saint Petersburg, where he had worked on famous novels such as The Double and The Brothers Karamazov. The apartment was recreated as accurately as possible from the memoirs of his wife and his contemporaries.
Open: Tuesday to Sunday 11:00am-6:00pm (Wednesday 1:00pm-8:00pm)
More Info
Open In Google Maps
5/2 Kuznechnyy Pereulok, Tsentralnyy rayon Sankt-Peterburg, 191002, Russia
+79219774300
Visit website