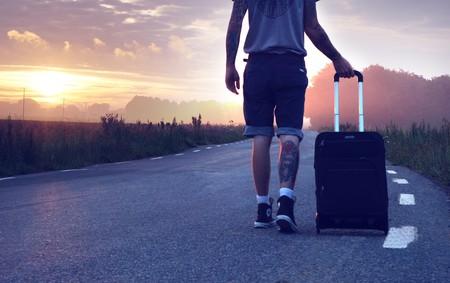 Despite all the fantastic things to do in Sochi, sometimes you can’t help getting restless. Luckily, it’s easy to find equally awesome weekend getaways from this southern Russian city. We’ve got you covered with everything from historical tours to mountain hikes in this region. Check this out!

Akhun is the highest point in the coastal part of the city; it is covered with forest and surrounded by high water rivers and the Black Sea. Akhun’s height is 663 meters above the sea level. In ancient times, lovers of beautiful mountain panoramas climbed to the top by footing along the paths but were then disappointed since the tall trees stood in the way of the wonderful views. Everything changed when, on the orders of Stalin, an 11 kilometre road was paved to Akhun. It was an area upon which the Soviet leader liked to stroll. Another year later, a tall observation tower made of local natural stone appeared at the peak of the mountain. The excursion to Akhun is still one of the most popular in Sochi. The Akhun tower is open to the public during the whole year. You can even try homemade wine and tea from a Russian samovar along with honey and pancakes.

These caves are considered to be the most extensive cave system in Russia, their total length is around 11 kilometres. The Prometheus grotto attracts tourists particularly because of its outstanding size: 120 meters long and 20 meters high. You’ll see limestone blocks, stalactites and stalagmites on the walls and ceilings.

An ordinary car ride from Adler to Krasnaya Polyana can be turned into an unforgettable adventure. Just a few kilometres from the airport and downtown, you can find a local trout farm famous in the Krasnodarsky region. You can go for fishing here or simply buy fish from a local kiosk. A nearby restaurant provides an opportunity to try incredibly delicious trout with various spices and sauces. The observation area offers a fantastic view of the Akhtsu valley. They say that it was an inspiration to the designers of the Sochi Central Olympic Stadium.

Another interesting place where you can rest from the city life. The Hosta River hollowed out a beautiful mile-long ravine among the mountain’s dramatic cliffs. There is also a small lake here which attracts tourists in the summer, with its cool waters, and in winter it’s just as attractive, with its incredible crystal blue ice. The centuries-old yew and boxwood trees and mighty vines complete the perfect picture with the moss spread out like a soft carpetю. In the ravine, you’ll find a place called “Devil’s Gate.” This site has such an interesting name because of it’s unpredictable behaviour of the river during the heavy rains; usually the water rises by three meters, which is a lot. Overall, the canyon is peace-loving and picturesque.