The 9 Best Things to See and Do in Rostov Veliky 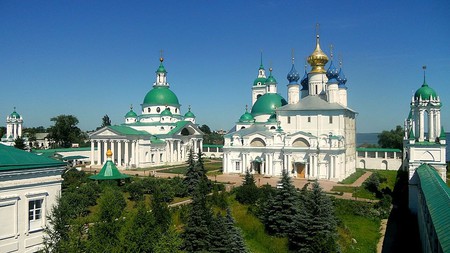 As an ancient town with a history dating back to 862, Rostov Veliky is a popular spot on the Golden Ring trail. Famous for its historic architecture, traditional culture and authentic food, it’s also perfect for a day trip from Moscow. Here are the nine best things to see and do when in town.

Lake Nero is estimated to be around 500,000 years old. One of Rostov’s major draws, it’s popular with locals and tourists alike. Stop off here to go on a fishing trip, recuperate on the beach, try your luck at horse riding or just stroll along the bank and enjoy the views. 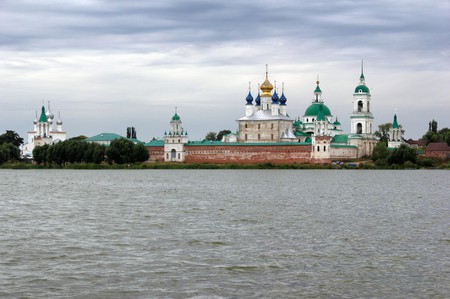 Take a picture at Avraamiev-Bogoyavlensky Monastery

The oldest monastery in Rostov Veliky was founded sometime between the end of the 11th and the beginning of the 12th centuries. The monastery is beautifully located on the shore of Lake Nero and is one of the most photogenic spots in the city. 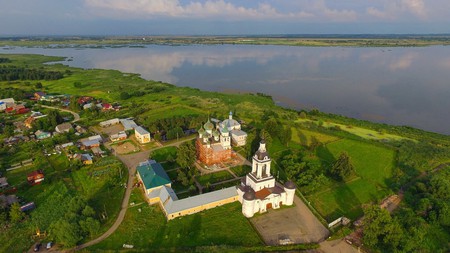 One of the best preserved Russia’s medieval fortresses, Rostov Kremlin is the city’s most recognizable landmark. Originally an archbishop’s residence, the Kremlin comprises five churches, the iconic Dormition Cathedral and a number of civic buildings – all surrounded by a defensive wall. Rostov Kremlin also appeared in the classic Soviet film comedy Ivan Vasilievich: Back to the Future. 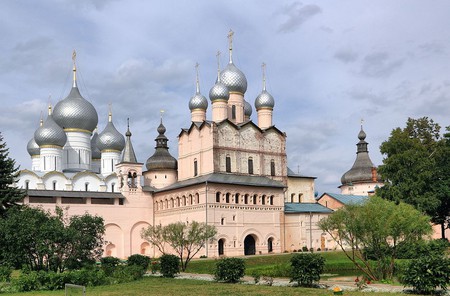 The ultimate visual stunner, this monastery complex has an equally spectacular location on the shore of Lake Nero. Founded in the 14th century, the monastery is a living pageant of Russia’s history – many Russian monarchs prayed in its churches, including Catherine the Great, Alexander II and Russia’s last emperor – Nicholas II. 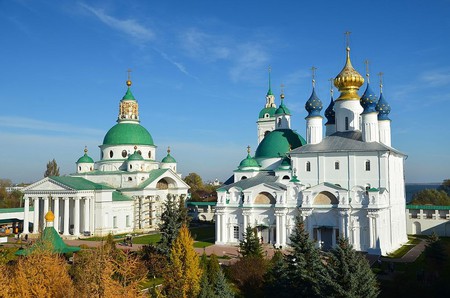 This gymnasium named after Kekin was founded in 1910. Hailing from Rostov, A.L. Kekin was a successful merchant in St.Petersburg. After his only son died, the fortune he left to his hometown was used to build this visually arresting and well-preserved gymnasium. 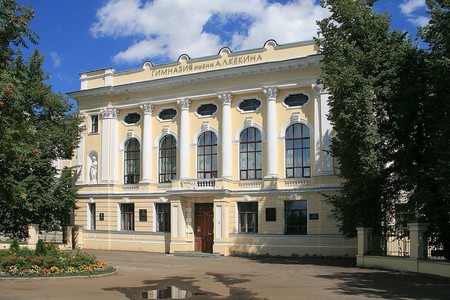 While away the hours at Lukova Sloboda onion musuem

Housed in a lovely wooden building and styled as a traditional izba, this is probably the most unusual place in Rostov Veliky. As the name implies, this museum is all about onions. The first floor of the building is occupied by a cafe, where every item on the menu is cooked with onions. The second floor is home to a small museum, devoted to the history of onion farming in the region.

Rostov Veliky has always been famous for enamel miniatures. This craft came from Byzantium in the 10th century and was particularly popular in Russia in 16th and 17th centuries. The museum holds the largest collection of Rostov enamel miniatures, which includes some 2,500 pieces created between the 18th and 20th centuries.

Check in at the Museum of the Frog Princess

Based in a refurbished 18th-century mansion, this museum is devoted to the Frog Princess – one of Russia’s most popular fairy tale characters. The museum is a hit with kids, who love the fun interactive quests, adorable frogs and food baked in a traditional Russian oven.

Unlike other monasteries on the list, this one underwent a fundamental restoration, during which a new cathedral was built. A sheer feast for the eyes, the monastery was named after the Saint Sergey Radonezhsky, who founded the original Trinity monastery. 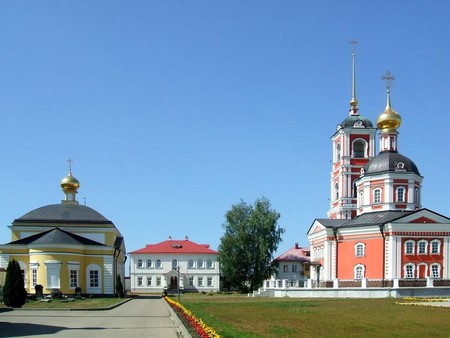