The 9 Best Museums and Galleries in Samara 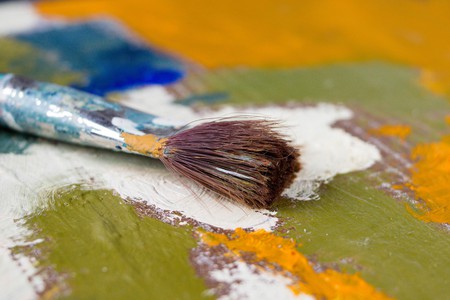 Formerly one of Russia’s closed cities and a gateway to the Volga, Samara’s history and culture is well documented in its museums and galleries. A key space aviation hub during the Soviet era and a strategic outpost throughout World War I, or the Great Patriotic War, the city has preserved many artefacts from this time. As the Volga’s regional hub, local artists pioneered the collection and conservation of artworks, from local, national and international artists. So take a break from the Russia World Cup 2018 furor, and soak up some regional culture with these picks of unmissable museums and galleries. 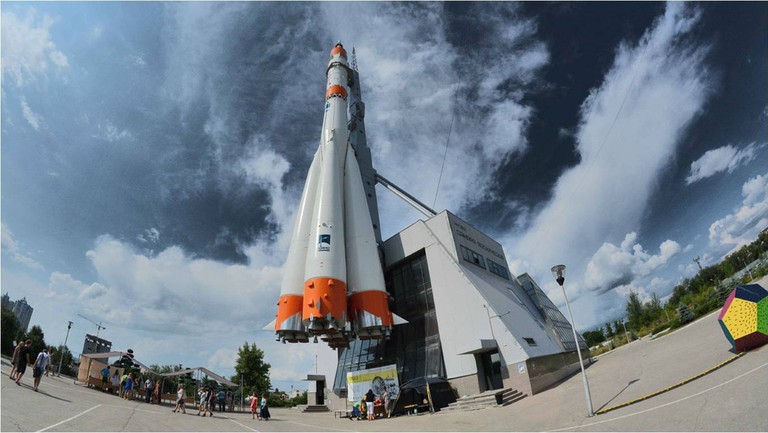 A real Vostok rocket outside Samara Space Museum | Courtesy of Samara Space Museum
A Soviet space hub, Samara played no small part in the USSR’s space endeavours. The city was responsible for manufacturing the rocket that sent the first person, Yuri Gagarin, into space, heralding the Soviets as space pioneers. Not only does the museum take visitors through Samara’s role in sending the first person into space, it is also a comprehensive information wealth on general Soviet and Russian space exploration endeavours. It even has an original model Vostok rocket erected outside.
Open In Google Maps
21 Prospekt Lenina, Samara, Samarskaya oblast', 443110, Russia
+78462633935
Visit Website
Give us feedback

Museum
Facebook
Email
Twitter
Pinterest
Copy link
Share
Map View
A grand, neoclassical building in the city centre was spearheaded by local artist Konstantin Golovkin (whose dacha is also worth a look) in 1897, and it is more than just your average regional art centre. An extensive collection of art from Russia, Europe and Asia, it contains notable collections of Russian avant-garde works from the early 20th century and from the Soviet period, as well as a department for local artists. Also contains artworks donated by Zhiguli Brewery founder Alfred von Vocano.
Open In Google Maps
92 Ulitsa Kuybysheva, Samara, Samarskaya oblast', 443099, Russia
+78463323309
Visit Website
Give us feedback 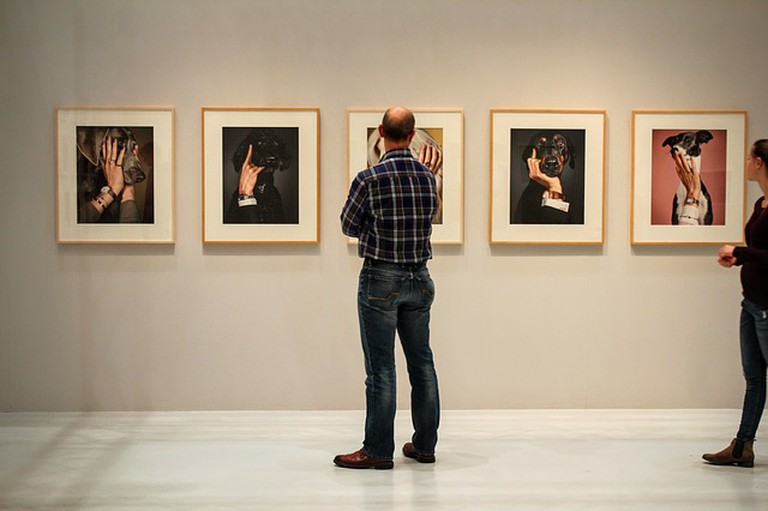 Samara was earmarked to be Russia’s capital should Moscow fall to foreign powers during World War II. And as part of preparing the city, Stalin built an epic bunker underneath what is now the Academy of Culture and Skill. Built in 1942, in secrecy and silence, it took a team of nearly 3,000 workers and close to 1,000 engineers to construct the underground hideout. One of the many underground locales the former Soviet leader built, it was only discovered in 1991 at the end of the Soviet Union. The bunker has multiple chambers and is buried 12 storeys below ground, with enough air to last over 115 people up to five days. 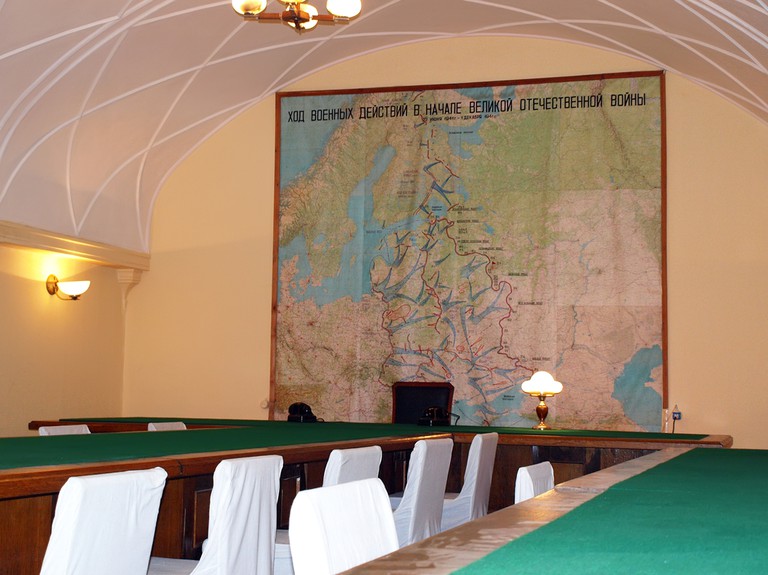 Art Gallery, Museum
Facebook
Email
Twitter
Pinterest
Copy link
Share
Map View
Not just for children, this gallery exhibits paintings and drawings made by young people, as part of a community inclusion programme, based on their various exhibitions. The gallery has collections of iconography, early 20th-century textiles, and a collection of landscapes, portraits and still lifes by local artist Boris Aleksandrovich Ievlev. Preserving cultural heritage from pre-revolutionary times, a collection of photographs documents some of the 30 local churches destroyed in the 1930s.
Open In Google Maps
139 Ulitsa Kuybysheva, Samara, Samarskaya oblast', 443010, Russia
+78463324398
Visit Website
Give us feedback

Museum
Facebook
Email
Twitter
Pinterest
Copy link
Share
Map View
Over 130 years old, the museum is the local authority on the events and epochs that shaped the Samara area today. The museum includes three branches dedicated to niche aspects of local history; however, the main site houses the permanent collection containing local archaeological artefacts that date back to the stone age. The collection also takes the visitors through the times of Volga Bulgaria (a state in existence between the 7th and 13th century, governed by the nomadic Bulgar warriors), and the succeeding Golden Horde. It also exhibits an extensive suite of weaponry, as well as modern visual arts and sculpture.
Open In Google Maps
142 Ulitsa Leninskaya, Samara, Samarskaya oblast', 443041, Russia
+78463336423
Visit Website
Give us feedback

Building, Museum
Facebook
Email
Twitter
Pinterest
Copy link
Share
Map View
Housed in a former merchant’s estate and a subset of the local history museum, Samara’s Modern Museum preserves the Art Nouveau design and style that was popular with the city’s elite at the turn of the 20th century and that influenced the artistic and creative sensibilities of the time. Efforts have gone into restoring the building, which was damaged during the Bolshevik Revolution in 1917; it contains paintings, statues and furniture that transport visitors back to pre-Soviet times. As well as preserving the villa’s decor, the museum hosts events, screenings and exhibitions on modern art practices and aspects of Russian culture.
Open In Google Maps
159 Ulitsa Frunze, Samara, Samarskaya oblast', 443010, Russia
+78463332498
Visit Website
Give us feedback 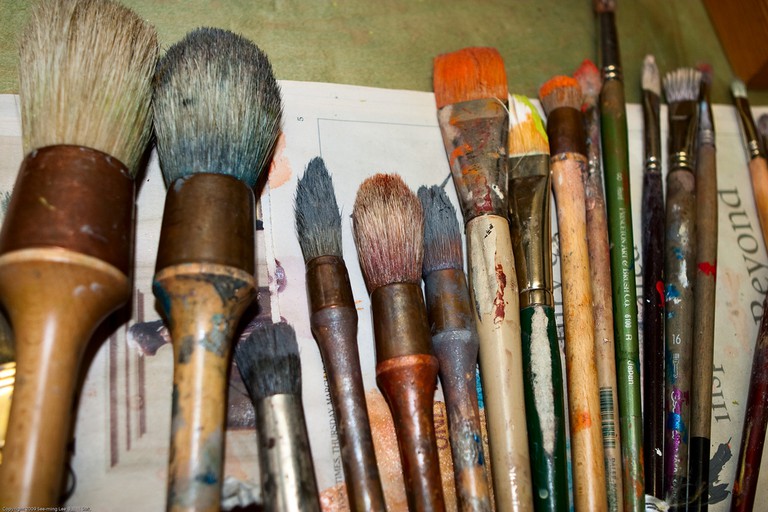 Artist Studio | © See-ming Lee/Flickr
Across the Volga, nestled in the beauty of Zhiguli Mountain, this subset of the regional art museum collection documents Ilya Repin’s love affair with the region. Famous for his painting, Barge Haulers on the Volga, Replin made his way to the area in 1890, along with a group of other artists. It was in these mountains where he first began to sketch out the painting that is now housed in St. Petersburg’s Russian Museum. A picturesque day trip out of the city, the museum is located in the village of Shiryaevo.
Open In Google Maps
14 Sovetskaya Ulitsa, Shiryayevo, Samarskaya oblast', 445364, Russia
+79276500980
Visit Website
Give us feedback