The 8 Best Nature Escapes Near Kaliningrad 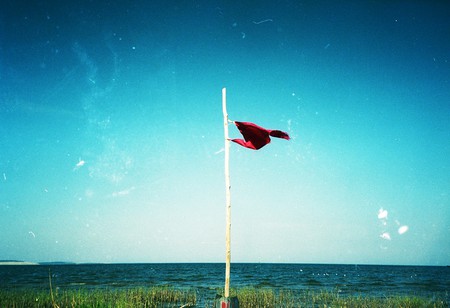 A little Russian enclave tucked in between Poland, Lithuania and a long stretch of stunning Baltic coast, Kaliningrad is Russia‘s smallest state and has some of the best coastlines and nature escapes in the region. Traditional German architecture, evident of the region’s Germanic heritage, is scattered through charming towns surrounded by scenic landscapes. Medieval castles lie in ruins in overgrown swathes of countryside. And, of course, there is that windswept beauty, the Baltic Sea, and the World Heritage-listed Curonian Spit. So if you’re in the namesake capital to catch a 2018 World Cup match, put these nature escapes on your list and discover Kaliningrad’s charm and loveliness.

The sprawling sands of the Baltic Spit are only a short ferry ride away from Baltiysk, a quaint little town that has a German Quarter, filled with century-old German architecture and an impressive star-shaped fortress. Beyond the town centre, the beaches are enticing for their beauty, as well as for their uniqueness. Shorelines and dunes are often flecked with yellow, coloured by the abundance of amber in the region. This is particularly vivid after a storm or strong winds, of which there are plenty. These winds blow the dunes about and create a mesmerising dancing effect, moving the sometimes 40-foot dunes in any direction. Also on the Baltic Spit are old German hangars, relics from the 1930s that mark the landscape – they’re pretty cool, too. 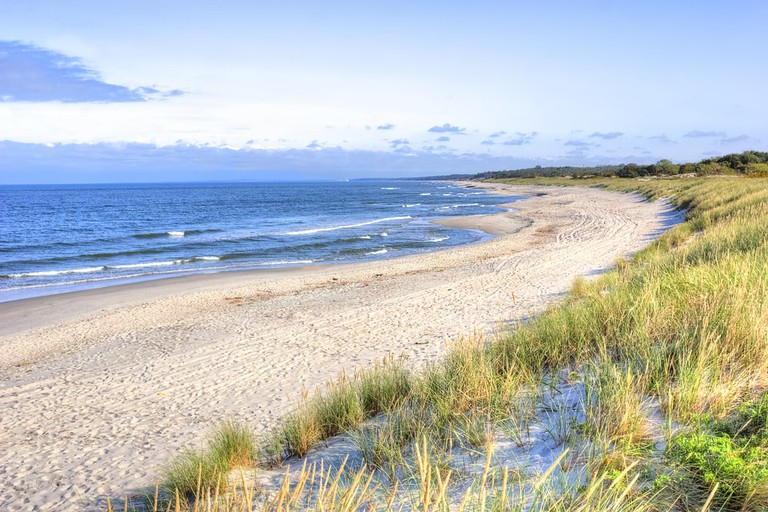 The UNESCO World Heritage-listed Curonian Spit, is a 98-kilometre-long sand dune that separates the Curonian Lagoon from the Baltic Sea and straddles both Lithuania and Russia. The 50-kilometre stretch that belongs to Russia is Kurshskaya Kosa National Park, a windswept, rugged beauty. Aside from seeing the Dancing Forest, there is a pristine coastline to explore, where you can soak up Kaliningrad’s wild appeal, in relative peace and quiet.

Locals used to flock to this old Soviet resort town, which up until as recently as 1947 was known by its German name, Rauschen. On the Baltic Sea, at the northwesterly Sambia Peninsula, it has been recognised as a spa town since 1820. Relatively undamaged by WWII, it still retains its popularity with holiday makers today, thanks to the picturesque German architecture, the narrow, but inviting beach and a sun-flecked forest to explore in summer, and icy splendour in winter. 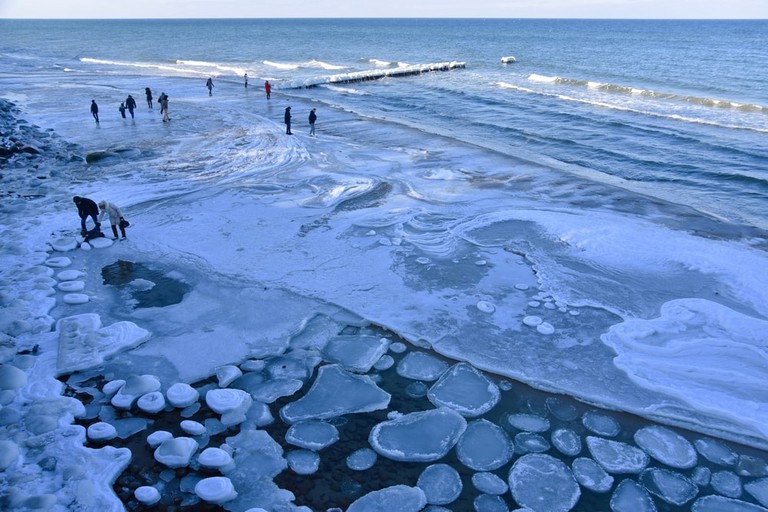 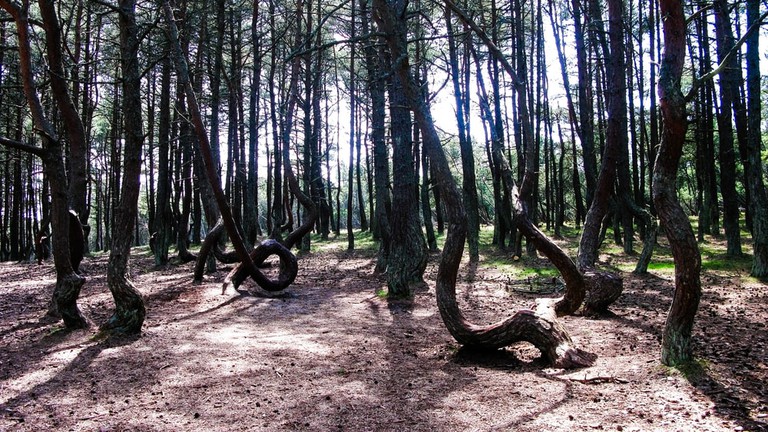 The Dancing Forest | © Homo Cosmicos / Shutterstock
Named after the twisted trunks found on the trees, the Dancing Forest is a quirky pine woodland on the Curonian Spit. Healthy tree trunks twist and contort into various shapes and in different directions as if frozen mid-dance. Planted in the 1960s to stabilise the sand dunes, the cause of the distorted trunks is unknown, although there are several theories. Different schools of thought suggest several theories: the misshaped trunks are actually due to the instability and movement of the dunes, or are due to a particular type of caterpillar, or were created by the strong winds in the area.
Open In Google Maps
Rybachy, Kaliningrad Oblast, 238535, Russia
Visit Website
Give us feedback

Around 90% of the world’s amber and one of Kaliningrad’s finest, and widest, beaches can be found in Yantarny. About 40 kilometres outside of the city of Kaliningrad along the Baltic Sea coastline, the village itself is home to only around 5,000 people. There is an amber mine not too far away, but the beach is one Kaliningrad’s best swimming spots, thanks to the area being less windy than the Baltic and Curonian Spits, with slightly warmer water.

What once was a medieval castle for the Teutonic Knights, a medieval German military and religious order, is now a 14th-century ruin. It is overgrown with ancient trees in a woodland on the shores of the Vistula Lagoon near Mamonovo, about 30 kilometres outside of Kaliningrad. In the 1600s, the castle was broken down and used as material to build the fortress in Baltysk. During WWII, the ruins marked one of the battlegrounds between the Nazi armed forces and the Red Army, which damaged the ruins even further. The surrounding area was popular for grave robbers and thieves hoping to loot valuables left behind by the soldiers who died here.

For more castle ruins, head to the town of Neman, also known by its German name, Ragnit, until just after WWII. Perched on a hill peak, this Gothic castle once served the Teutonic Knights in battling Lithuania over what is now Slovenia. As well as having German and Prussian ancestry, this town was also an important centre for Lithuanian culture. After exploring the castle ruins, both the countryside and town are worth discovering.

Destroyed by WWII, this small town was originally built by Teutonic Knights in the early 1300s. Once Kaliningrad’s second largest city, evident by the two derelict castle ruins that mark the once important city’s boundary. The Georgenburg Castle is a pretty three-kilometre stroll from the town centre, through lush countryside. The Insterburg Castle houses an eccentric artist’s studio and also hosts medieval fencing matches.