The 8 Best Museums in Yekaterinburg 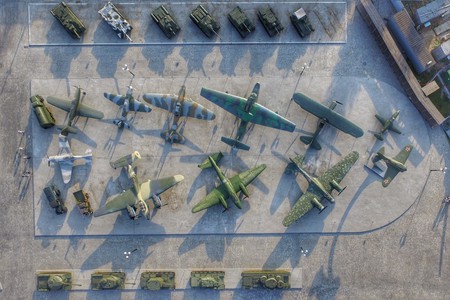 A city with a history like Yekaterinburg lends its self to a collection of grade-A museums, and the Ural’s major hub doesn’t disappoint. Local history, religious iconography, world-class art, tanks, guns, and precious jewels all have their rightful place in the city’s top museums – here’s everything you need to know. 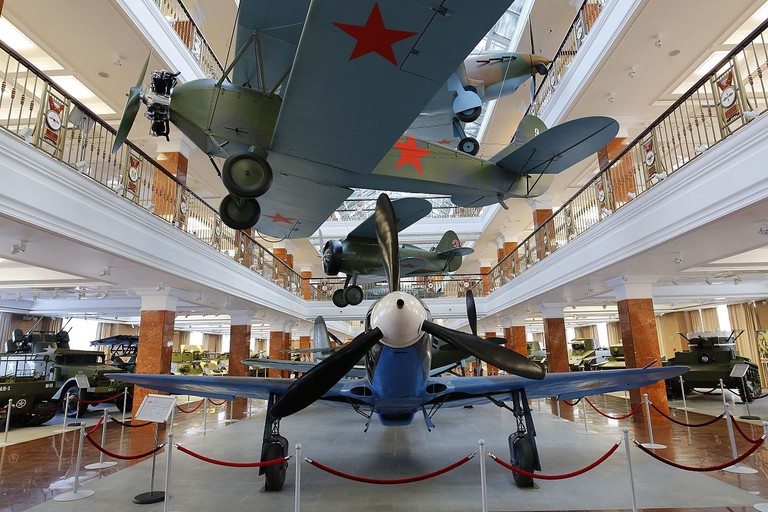 Museum of Military Equipment | © Vadim Smalkov / WikiCommons
This museum is home to around 350 military vehicles and a host of exhibits that show off historical armoured vehicles, artillery, rocket launch systems and all kinds of military artefacts. In fact, it’s got almost all Soviet self-propelled artillery units (tanks, guns and rockets) from World War II onwards. It’s the largest collection of military tanks, aircraft, submarines, cars and trucks in Europe, some of which are used in the nation’s Victory Day parade, which celebrates Russia’s triumph over the Nazi forces during World War II. The sprawling grounds are found on the outskirts of Yekaterinburg, and many of the vehicles and machinery on site were made in the region, as it was a hub of industry during Soviet times.
Open In Google Maps
2 Ulitsa Aleksandra Kozitsyna, Verkhnyaya Pyshma, Sverdlovskaya oblast', 624091, Russia
+73436846784
Visit Website
Give us feedback

Spearheaded by current city mayor, Yevgeny Roizman, the museum was created to exhibit his extensive collection of religious iconography that dates back to the early 18th century. Ornate, and some embellished with semi-precious stones and gold, most of the icons were found in Yekaterinburg’s wider region. Alongside the collection (300-odd pieces), there are also profiles and information on the icon-makers preserving the local tradition. Additionally, the museum houses copper artworks, handwritten books, posters, and old mining maps of the Urals, and has a collection of 16th and 17th century wood sculptures.

Museum
Facebook
Email
Twitter
Pinterest
Copy link
Share
Map View
Art lovers will relish Yekaterinburg’s major art centre – an extensive collection spans across two branches and covers European and Russian art that dates back to the 14th century in this top-notch museum. This includes a large collection of Russian avant-garde art from the 19th and 20th centuries, as well as modern folk and naive art, and jewellery made by local artists. Rotating collections include standout works form the permanent collection as well as pieces from Moscow’s Pushkin State Museum of Fine Arts and the goliath of art institutions, St Petersburg’s Hermitage, which incidentally, sent the museum much of its collection during WWII to save it from devastation.
Open In Google Maps
5 Ulitsa Voyevodina, Yekaterinburg, Sverdlovskaya oblast', 620014, Russia
+73433710626
Visit Website
Give us feedback 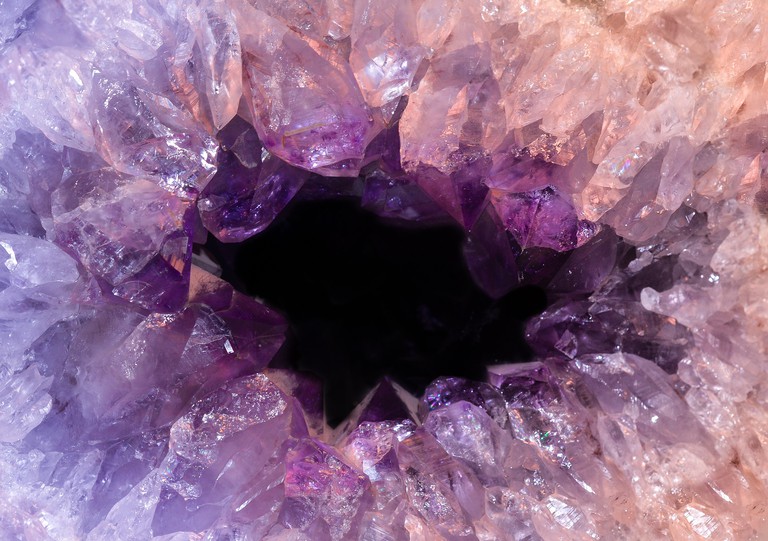 Amethyst | © SkitterPhoto / Pixabay
Yekaterinburg was born out of Peter the Great’s desire to capitalise on the Ural Mountains’ cornucopia of minerals. As one of the oldest mountain ranges in the world, over a third of all recorded minerals are found here, and it is Russia’s largest supplier of diamonds. The museum houses a collection of over 500 ores, crystals and gemstones found here, such as green beryl, emeralds, alexandrite, gold, diamonds and crystals. As well as displaying the mountain’s bounty, it has evolved into an institution of scientific and cultural values.
Open In Google Maps
39 Ulitsa Kuybysheva, Yekaterinburg, Sverdlovskaya oblast', 620014, Russia
+73432573109
Visit Website
Give us feedback

Learn about contemporary Russian history in a centre named after the federation’s first President and local lad, Boris Yeltsin. The centre is made up of a library, exhibition space and café that are all housed in a gleaming new building with state-of-the-art facilities. It also places emphasis on preserving Yeltsin’s political legacy. The café is said to have some of former first lady Naina Yeltsin’s recipes, including her bird cherry cake, given to the chef herself. 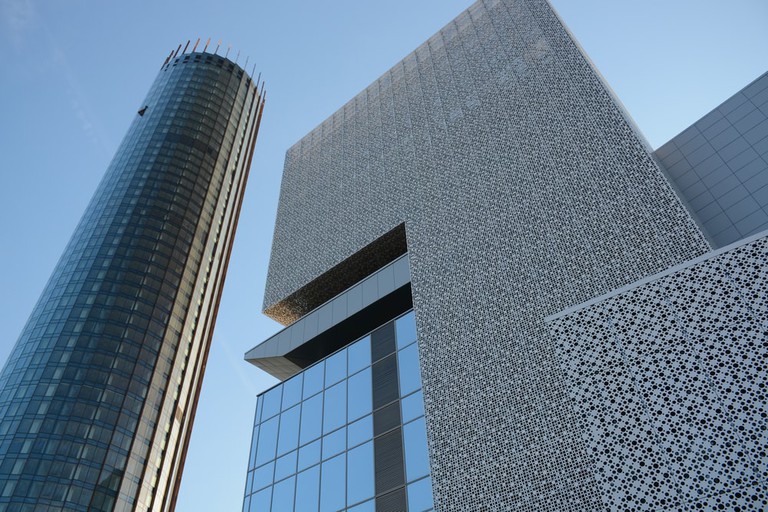 Near the Church upon the Blood, a cluster of museums dedicated to individual Ural writers have now come together as one organisation to showcase the history of fine literature in the region. Rotating exhibitions feature alongside permanent displays about the lives of prominent authors and playwrights who were writers of local history, children’s literature and realists, such as Pavel Bashov, Fyodor Reshetnkov and Dmitriy Mamin-Sibiryak. 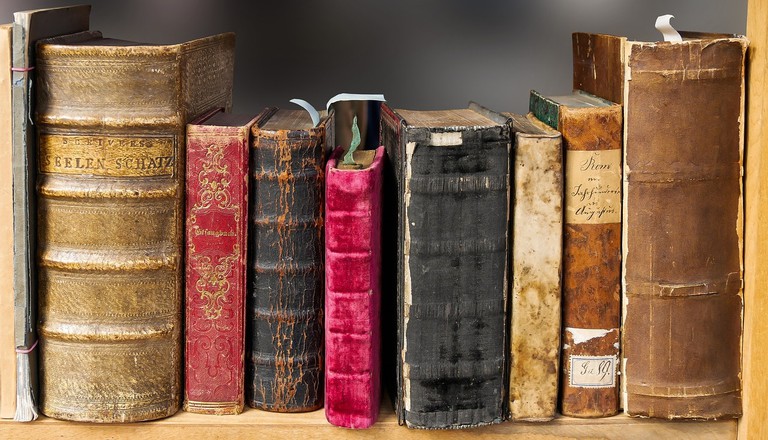 The Ural region has a long tradition of stone cutting, borne from the wealth of precious and semi-precious stone found in mountain range. A superb collection of artwork, ornaments and jewellery that boast the craftsmanship of local artisan sparkle in the somewhat shabby building, including a room dedicated to emeralds. Highlights are a map of France, made from gold and stones, as well as the malachite box Pavel Bashov apparently based Malachite Casket on, one of his well-known fairy tales.

Founded during World War II, this major regional film hub and studio has produced a score of films, documentaries and animations. Film buffs will get a kick out of the several interactive tours the studio offers, taking the participants behind the scenes to reveal how films are made. Each department opens their doors so participants can learn about how to create musical scores, costuming, props and make-up, animation as well as the effort that goes into special effects, on top of general cinematic tricks of the trade.