The 7 Best Day Trips From Moscow 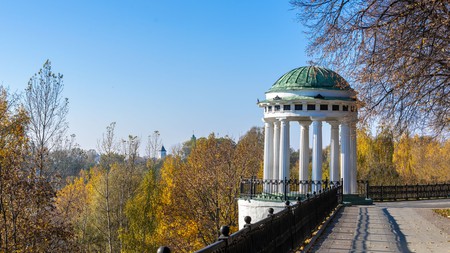 Although Moscow has a lot to offer when it comes to history and culture, its hustle and bustle environment may be tiring. However, there are places just outside Russia’s capital that have just as much heritage, while being dreamy and quiet at the same time. From gems of the Golden Ring to the last resort of Vladimir Lenin, here’s a list of exciting destinations, all located just a few hours from Moscow.

You’ll only need an hour to get to one of the most spectacular estates near Moscow. The spectacular Arkhangelskoye used to belong to the Youssoupov family, and it hasn’t lost its splendour. One of the best-preserved estates in the Moscow region, it regularly hosts various music events, including the Usadba Jazz Festival. 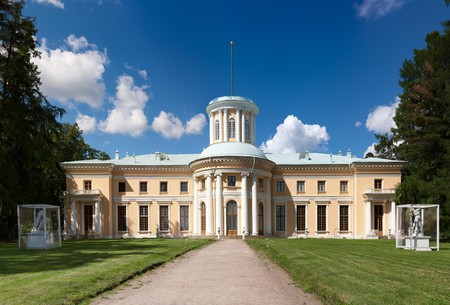 Culture Trip has already told you about Moscow’s best places to revisit Russia’s Soviet past, so here’s another spot for your Soviet Russia must-see list. Just like the Mausoleum, Gorki Leninskie is another ‘sacred’ place, related to Russia’s famous revolutionary – Vladimir Lenin. Here you can stroll past several Lenin statues and Soviet-era monuments, visit the house where Lenin lived and explore the three museums: Lenin Museum, Lenin’s Kremlin Cabinet Museum and the Peasant Life Museum. 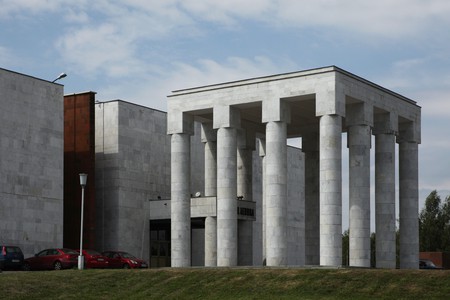 Arguably the most popular town of the Golden Ring, Yaroslavl has over 800 architectural monuments. It’s hard to see them all in one go, so if you’re on a one-day trip, you should take a walk alongside Europe’s longest river, the Volga, and visit the 11th-century Transfiguration Monastery, which is part of the city’s large Museum Reserve. You can also admire an impressive collection of icons at the Governor’s House Museum and see the country’s most extensive collection of antique record players, vinyl records and clocks at the Music and Time Museum. 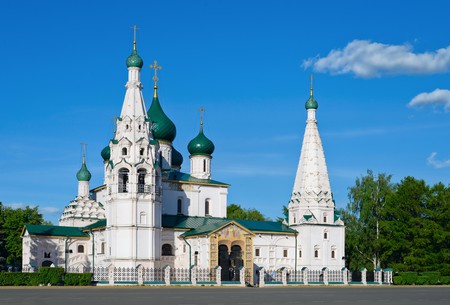 The only city in the Moscow region that is included on the Golden Ring route of ancient towns, Sergiyev Posad is considered to be the heart of Russian Orthodoxy. Here you can visit one of the world’s largest Orthodox monasteries: the Trinity Lavra of St Sergius (or Troitse-Sergieva Lavra). The monastery, founded in the 14th century, comprises two cathedrals and eight churches. The tiny town also has several noteworthy museums: the museum complex ‘Konniy Dvor’, Museum of Toys, Peasant Life Museum and Museum of Soap. 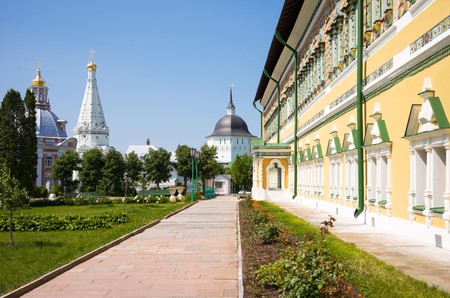 Before you buy your tickets, be sure to double-check that you’re going to Rostov Veliky and not Rostov-on-Don, which is in a different part of Russia. One of Russia’s oldest towns, Rostov Veliky is a perfect destination for nature, history and food. There’s the mirror-like Lake Nero, one of the best-preserved Kremlins, monasteries and ancient churches, along with unique food places such as Lukova Sloboda, which also happens to be a museum of the region’s onion farming. 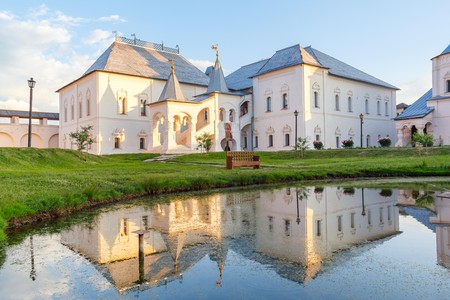 Vladimir is another beautiful ancient Russian city with magnificent Orthodox cathedrals and traditional white-stone architecture. There’s a variety of attractions to put on your must-see list: the Golden Gate, which indicates the entrance into the old town, the Old Believers Trinity Church right behind it, the Cathedral of Saint Demetrius, and Dormition (Uspensky) Cathedral. If you plan on shopping for souvenirs, stop by the Museum of Crystal and Lacquer Miniatures and the Gingerbread Museum. 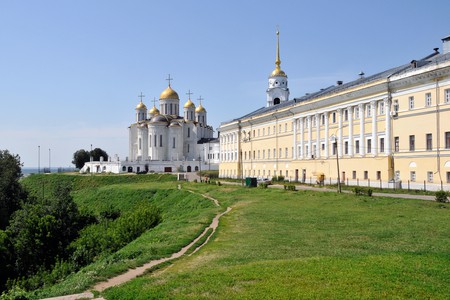 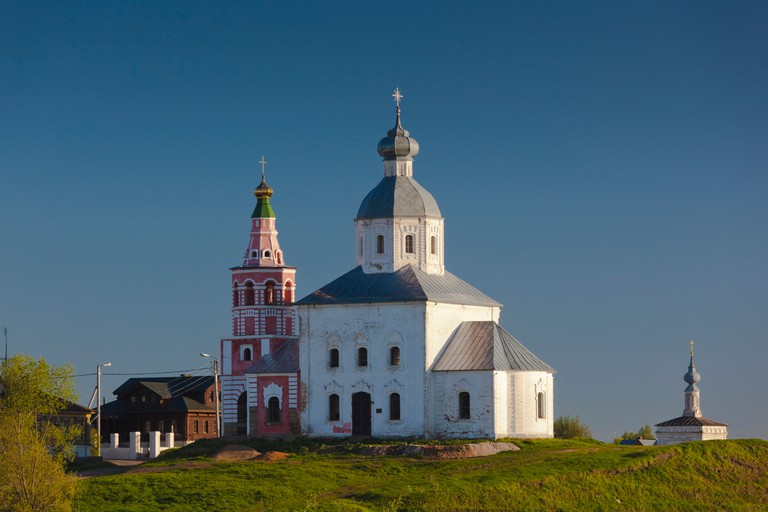 Suzdal churches, Russia | © Danita Delimont / Alamy Stock Photo
Just a 30-minute ride from Vladimir, and you’ll find yourself in Suzdal. This charming little town also has a Kremlin, numerous churches and five monasteries, including Spaso-Yevfimiev Monastery. At the open-air Museum of Wooden Architecture and Peasant Life, you can explore old rural houses that have been brought to Suzdal from all over the region. For souvenir shopping, go to Torgovaya ploshchad (Market Square), where you can buy berries, mushrooms, honey or souvenirs.
Open In Google Maps
Moscow, Russia
Give us feedback
Give us feedback