The 11 Most Adventurous Activities Above the Arctic Circle in Russia 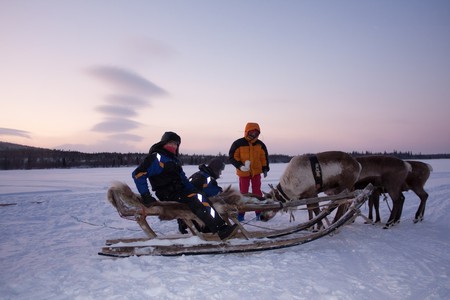 Contrary to popular belief, the area above the Arctic Circle isn’t a barren, frozen wasteland. Sure, it gets cold, but the potential adventures to be had in northern Russia are worth braving the weather for. Also, in the summertime, it is the land of the midnight sun. From observing the customs of some of Russia’s indigenous people to brilliant nighttime skies, fun times are to be had in these far reaches. Here’s the tip of the iceberg when it comes to having fun in the Arctic Circle.

Travel to the North Pole

For those who want to journey to the world’s most northern point, a ship at Murmansk will take you to the North Pole. From there you’ll find various tour operators that will ferry you across Arctic waters, such as Quark Expeditions. Cruises generally offer a two-week exhibition to take visitors through surreal landscapes made of epic glaciers and icebergs, as well as unique wildlife. Some tours will stop at Franz Josef Land, the northern Russian military outpost, so you can have a look about.

#PolarBears sighted – mother and cubs! 450 n.m. from the North Pole #ArcticOcean #DidYouKnow: Polar bears give birth most frequently to a litter of two bears, followed by litters of one. Litters of three are less common than twins or singles, and litters of four are rare. Voyage: North Pole: The Ultimate Arctic Adventure aboard 50 Years of Victory. June, 2015 #TravelwithQuark #NorthPole #ArcticExpedition

Gaze at the northern lights

Some of the best places to see the northern lights are above the Arctic Circle in Russia. If you’re planning a winter escape, the lights can be seen from the end of September to the end of March in this part of the world. Although the brilliant nighttime displays can be seen in Murmansk, light pollution can interfere with the Aurora Borealis. So if you want to increase your chances of witnessing a dazzling show of emerald and violet lights, it is best to get away from towns and cities. Try heading to Teriberka, just 120 kilometres (74.5 miles) out of Murmansk. As a bonus, this little village also was featured in the award-winning film, Leviathan. 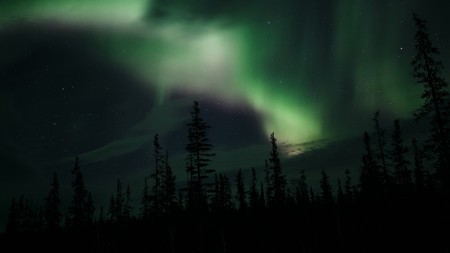 The northern lights are easily spotted in Teriberka | | © muujiza / Pixabay

Camp under the midnight sun

Just as winter time is ideal to see the Aurora, summer time this far up is the season of the midnight sun. The Kola Peninsula is remote and wild, and a perfect tonic for Russia’s megalopolises. In the summertime, it warms up under the bright days full of sunshine. The region’s landscape ranges from forests to expanses of empty flat land, with several endless lakes and winding rivers littered throughout. Regardless of whether you’re road tripping or hiking, these lakes, like Lake Seydozero, are perfect to pitch a tent next to and bask in the unreal beauty of a sun that doesn’t properly set.

Hang out in Murmansk

As the biggest city above the Arctic Circle, Murmansk has a pretty distinctive vibe to it. Initially, it may appear to be a gritty, industrial port town, and while this may be the case, the city is also a whole lot more. Close to Finnish Lapland, it draws on its weather and remote location to create a unique character. Murmansk is a self-contained city that makes its own entertainment. Catch the northern lights in winter, eternal sunshine during summer, and, if you time your trip right, you’ll be able to catch the Festival of the North, which includes reindeer-sledge racing, ski marathons and snowmobile challenges. 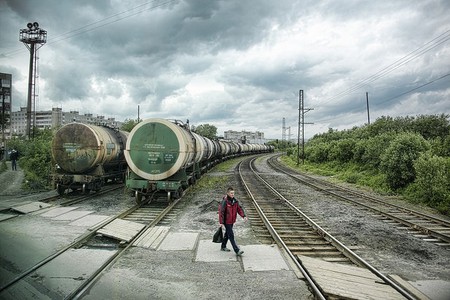 Trek through the Khibiny Mountains

Perpetually snow-capped, a summertime hike through the Khibiny’s craggy cliffs and deep ravines offers experienced hikers an adrenaline rush. The mountains are home to a unique mix of exotic rocks and rare minerals. Day expeditions, as well as multi-day hikes are possible, but it is advised that every trek is accompanied by an experienced local guide. Nearby Kirov is also popular for skiing and has several (relatively) inexpensive ski resorts. 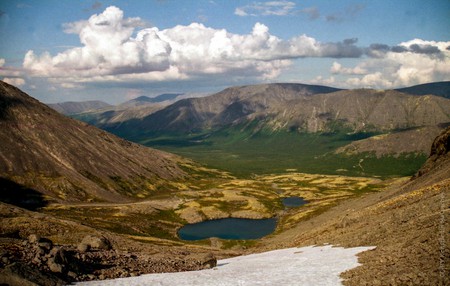 The Khibiny Mountains have some adventurous treks | | © Konstantin Malanchev / Flickr

Get acquainted with Sami culture

Although the Sami are often considered indigenous to Scandinavian countries, their native Lapland stretches across Norway, Sweden and Finland into the Kola Peninsula. Their culture is still visible in the area, despite suffering repression during Soviet times. The village of Lovozero is home to most of the region’s Sami and is the best community to visit if you want to learn a bit more about them. It’s also an adventure in itself. It’s small, and so there are only a few hotels in town, but welcoming staff will arrange homestays if rooms are booked up. A smattering of Sami museums and organisations are located around town, or in winter you can take a boat or snowmobile to the holy place, Lake Seydozero. 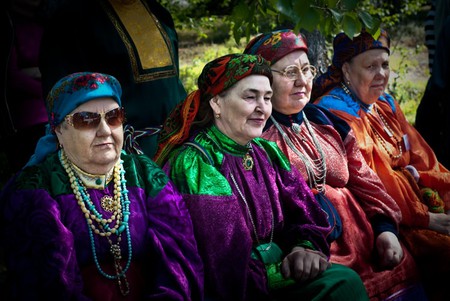 Venture out to the White Sea Coast

The place where the Kola Peninsula juts out into the remote White Sea is perhaps not the destination for those wanting a standard beach holiday, but it is a far-flung adventure nonetheless. The coastline is a treat for keen fishermen, as dotted along and around the shoreline are fishing spots (such as Varzuga River), which are prime for catching Atlantic salmon. Lake Kanozero has centuries-old, mysterious petroglyphs that were only recently discovered in 1997, and archaeologists are still trying to work out what they mean. Stroll along the shore near the Tersky Coast, and perhaps you’ll see flecks of amethysts sparkling in the sand and stone.

Not quite in the Arctic Circle, but oh-so-close, a centuries-old boneyard nicknamed Whale Bone Alley waits on the northern shores of Siberia’s Yttygran Island. Hundreds of beluga whale bones mark the shore and there are two schools of thought as to why. Researchers and archaeologists suggest that it was a site of worship for the different Inuit clans that lived in the area around 600 years ago. Others believe it was the place where hunters butchered and stored their kills. Supporting this argument are the pits that contain fossilised whale meat. Either way, it’s pretty cool and totally impressive.

Herd reindeer with Nenets on the Yamal Peninsula

Despite the collectivisation (collective farming) of reindeer during Soviet times and the current threat of climate change, Nenets have retained much of their traditional, semi-nomadic lifestyle. Indigenous to the Yamal Peninsula, Nenets are one of the best preserved aboriginal cultures in Russia, and their herding style is pretty unique. They travel with enormous herds of reindeer for thousands of kilometres each year, from summer to winter pastures across ancient routes. Independent travel is possible; however, you might want to consider getting in touch with a travel agency who has an established relationship with herders who invite travellers in for a homestay. In that case, be prepared to eat, drink and sleep reindeer!

Get existential at a former gulag

A little more morose, but definitely educational, a visit to Vorkuta is something that may be of interest. Much of what remains of the Soviet hard labour system lies in remote, tired towns that are in varying states of decay due to their reliance on their former local gulag. Some communities are considering turning the derelict camps into renovated tourist destinations of varying degrees of class. In the Komi Republic, the former major of Vorkuta, Igor Shpektor, proposed to turn the town’s former gulag into a fun park, as a way of injecting his dying town with an income. In Russia’s far eastern quadrant, the remote Kolyma region was well known as a gulag location, thanks to its wealth of gold. 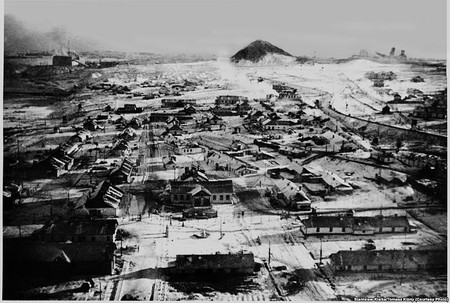 Vorkuta used to be home to a large gulag | | © ismeretlen / Wikicommons

A destination for the truly intrepid, Vaygach Island is one of the most inaccessible places in Russia. But those with the tenacity and perseverance to make it will be rewarded tenfold. This journey tempts horrendous weather and some really tough travelling, but on the upside, the island is otherworldly and you have to take either a boat or snowmobile to get there. The island dangles off the mainland, in the Kara Sea and belongs to the Nenet Autonomous District. It’s also a very sacred space for these indigenous people. Male Nenets are expected to pilgrimage here at least once in their life. Over 200 idols and sacred sites are scattered across the island, and polar bears are known to frequent it as well.