The 10 Greatest Artists of the Communist Era 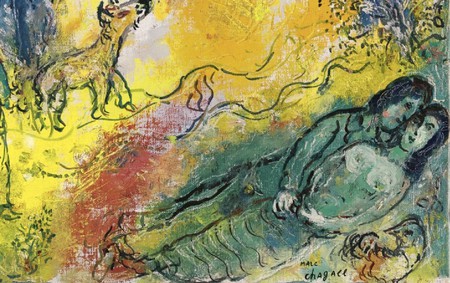 The communist era was characterized by control, and this most certainly extended to the artists of the period. Some excelled in the supported styles like social realism, while others rebelled, ending up as social outcasts in their own homes even while they were appreciated across the globe. Either way, the works in support of or against the respective regimes displayed an incredible range of emotions and struggles. Here are 10 of the best artists of the Communist Era.

Marc Chagall, as a man who spent most of his life on the western side of the Iron Curtain, is certainly a major outlier on this list. He was born in the Russian Empire in what is now Belarus, and before he left for France and the United States, he established himself in the Soviet Union as an important painter, and his home village of Vitebsk would appear in various ways in his artwork throughout his life. Although he had already spent some time in France, he was in Russia throughout World War I and then during the Communist Revolution. As he had already distinguished himself in the realm of modernist avant-garde, he founded the Vitebsk Arts College in his hometown before leaving once again in 1922. 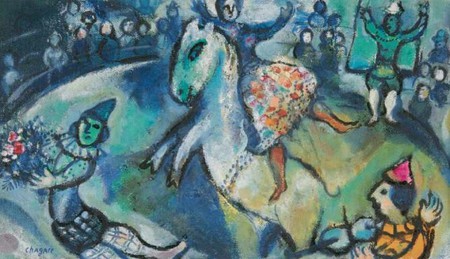 When thinking of ‘communist art,’ the images that most often come to mind are sculpted men looking out into the bright future and beautiful girls in traditional dress. This style is called social realism, and Aleksandr Deyneka was one of the major artists whose art exemplified it. He was an important Soviet artist until his death in 1969, and by then he had produced a number of paintings depicting battles, sports, and labor scenes that really define the whole movement. If you happen to be in Moscow, you can even find a collection of his mosaics in the Mayakovskaya metro station.

A typical product of the Soviet Union, Czeslaw Znamiersawki was a Lithuanian who was born in Latvia, studied in St. Petersburg, and then settled in Vilnius for the rest of his life. He actively worked with the Soviet Government in the early years after the revolution, both as an artist and as a Chairman of Proletariat Culture in Latvia for a number of years. He mainly painted landscapes and city scenes, and he was extremely prolific. Over the approximately 60 years of his career, as first a student and then a professional artist, he painted over 2000 paintings that can now be found in art galleries across the globe. 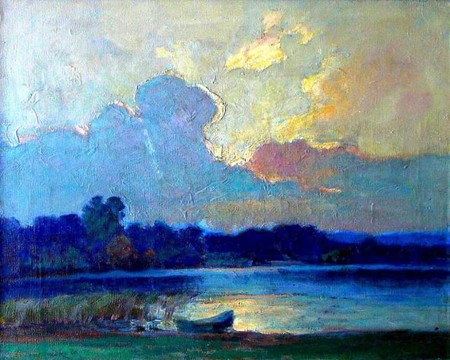 There were a number of Croatian schools of art during the communist period, and Julije Knifer was at the forefront of one of them – the Gorgona Group. Social realism never really took hold in Tito’s Yugoslavia, so several independent movements were able to develop. The Gorgona Group represented the Croatian avant-garde, and Knifer was one of its founding members. They rejected traditional art forms, and instead explored new methods and shapes. Knifer’s characteristic shape was the meander, an abstract, path-like shape that he explored in various media and with various techniques.

Vangjush Mio was an Albanian impressionist painter who happened to work during the communist era in Albania. In Mio’s case, however, the regime did not stop his rise to fame. He was another landscape painter, and many Albanian cities became the models for his paintings – a theme that the regime could use to promote national pride. He was from the city of Korce and often chose to represent his hometown, but he got his techniques and stylistic influences from the West – specifically in Italy, where he studied Italian impressionism. In the middle of his studies, he returned to Albania briefly and ended up teaching art at a high school, where one of his students was Enver Hoxha – the man who would become the socialist leader of Albania. 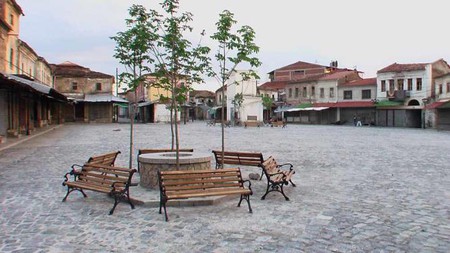 Anastas Konstantinov, a contemporary Bulgarian painter, started painting in the last decade of communism, and his art from then was largely defined by his resistance to the regime. After graduating with a masters degree in fine arts in 1982, he began to paint work that reviewers called “violent and “grotesque”, all in response to what he saw as the dark reality that communism and the Bulgarian Communist Party in particular forced him and his countrymen to live in. Painting was his way of trying to buck off the regime, and it succeeded in getting one of his exhibitions shut down by the Party in 1986.

While Kazimir Malevich was already an established artist by the time the Soviets took over in 1917, he played an important role in the world of Soviet art before his death in 1935. He created the avant-garde Suprematist movement, in addition to being one of the early initiators of geometric abstract art, none of which was at all like the social realism that the Soviets were trying to promote. However, he eventually decided not to fight against the regime, and through that decision he was able to keep working as a painter and a teacher for a while. His abstract painting, which quickly gained international renown, was later banned when the authorities declared that abstract art was too bourgeois. 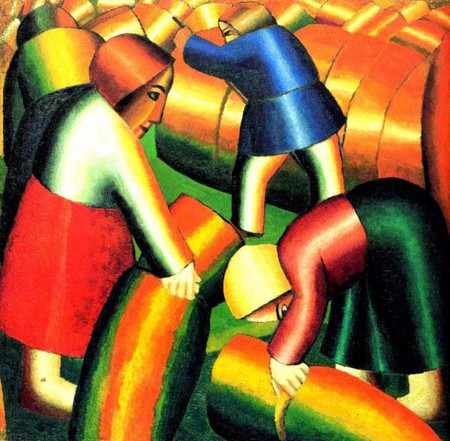 Oscar Rabin is an ideal example of an artist whose hate, rather than love, for his socialist nation inspired much of his work. He was an early member of the non-conformist movement in the Soviet Union, and he used the absurdity of life under communism as the main theme in much of his work. He was a part of the Lianozovo Group, which centered themselves in a former camp barracks and were in effect the center of the Soviet intelligentsia. Rabin helped to organize the Bulldozer Exhibition, a show of dissident art that the Soviet police broke up with bulldozers and water cannons.

Now both residents of the United States, Vitaly Komar and Alexander Melamid started their tandem career in Moscow after graduating from the Moscow Art School in 1960. They are conceptualist artists, so nowadays their work encompasses performance art, poetry, and several other genres, in addition to simply painted works. When they started off, however, they founded a style that they called Sots Art, which combined Soviet Pop, Dadaism, and Socialist Realism to create something completely new. They drew quite a bit of negative attention from the government (with a painting called Double Self-Portrait that mimicked portraits of Lenin and Stalin, for example), though, and eventually emigrated in 1977.

Anatoly Zverev lived a short and difficult life in Moscow as a part of the non-conformist movement and the founder of Russian Expressionism in the 1960s. While his work, which is often compared to that of Jackson Pollock, was quickly appreciated abroad, the Soviet government did not look kindly upon it, particularly after a self-portrait of his was published in Life magazine opposite a portrait of Lenin by a highly-regarded social realist artist. Khrushchev, the General Secretary at the time, closed off Zverev’s options, and he had to live protected and supported by a circle of his friends before his death in 1986. However, he was incredibly well respected and appreciated during his life, by his friends, fans in his own country, and by the international art world. 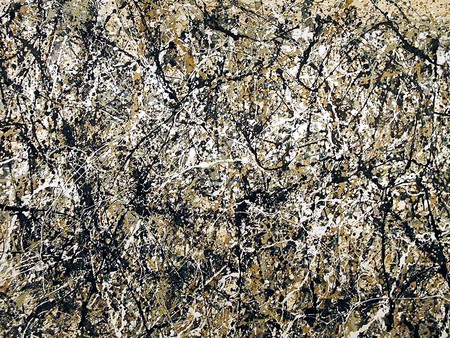 Pollock
Give us feedback