The 10 Best Things to Do in St Petersburg 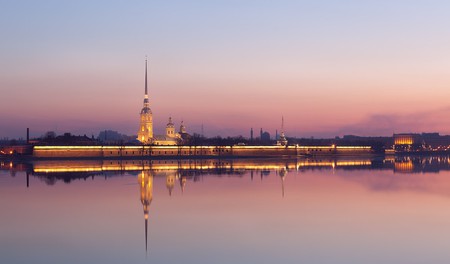 St Petersburg is a very diverse city, and a typical tourist guidebook will provide comprehensive lists of museums and palaces that must be visited on a trip to the cultural capital of Russia. While they are all worth exploring, there’s also the option to go off the beaten track to discover a different, more authentic side of town. With that in mind, here’s a list of things to do in St Petersburg to help you make the most of your time in the beautiful city.

Take a cruise down the canals

A river cruise is an ideal way to spend a beautiful summer’s day and one of the best ways to discover the city’s landmarks and architecture. St Petersburg has rightfully earned its name of ‘Venice of the North’. In fact, it was originally intended that boats would be the only way to move between the islands; the city’s bridges were built much later. Cruises don’t run during the winter time, as the river is completely covered in ice, so it’s definitely worth a visit during the warmer months of the year.

Watch the drawbridges at night

When St Petersburg was first built, it was designed to be a port city and naval base, which it was for many years. The Neva River remains the city’s main artery, with a multitude of ships sailing down it every day. To allow larger ships to dock, all the bridges over the river are lit up and drawn at night, making for a beautiful view. You can find the schedule for all bridges here.

This sugary snack remains an all-time favourite in St Petersburg. Establishments serving cheap pastries and coffee started appearing after the revolution in 1917. As these old school eateries continue to be replaced by fashionable coffee joints, some do still exist and have attracted quite an audience. One shop in particular, Pyshechnaya, has a good reputation, and is worth a visit if you are strolling through the centre of town.

Climb to the top of St. Isaac’s Cathedral's colonnade

When constructed in the 19th century, St. Isaac’s Cathedral was one of the tallest buildings in St Petersburg. Even today it remains one of the largest orthodox basilicas in the world. Make use of its majestic height and climb straight to the top of the colonnade. Tackling the 262-step climb is well worth it for the panoramic views of the city. In the summer (May 1 – October 31) the colonnade is open until 10.30pm, so avoid the morning crowds and take in the evening view instead.

Long before showers became commonplace in every household, banya (a type of public bathing house) were frequented by families on a weekly basis. Now it’s more of a pastime rather than a necessity, but St Petersburg still aims to preserve the long-standing tradition. For an authentic experience, try a birch tree or eucalyptus leaves massage in a steam room. This treatment is great for improving blood circulation and for cleansing the body. Try out a session at the Degtyarnye bani, where a variety of treatments are offered.

Take a shot of vodka at a ryumochnaya

The word ryumochnaya has no direct translation in the English language. Perhaps the closest concept would be a bar, but it refers to a specific type of establishment with very Soviet characteristics. Drinks come in either shots (for strong liquors) or bottles (for beer). There are some snacks available, but usually nothing fancy; just focus on blending in with the local crowd and enjoy a drink together.

Explore the city by subway

Taking the subway is one of the most convenient ways to get around; the trains are regular, go everywhere and are easy to navigate. However, the subway stations alone are worth a visit, just to admire their designs. No two stations are alike and are decorated in different coloured tiles, with large installations inside and sometimes even statues. A few of the best stations to check out are Avtovo, Zvenigorodskaya, Pushkinskaya, Bucharestskaya and Sportivnaya.

Spend the night on Dumskaya

You’d never think so during the day, but Dumskaya is a notorious street come nighttime, renowned for wild parties and cheap drinks. The street is filled with a vast array of bars; try and catch them all if you dare! A must-try while you are bar-hopping is the ‘Boyarsky’ shot, a spicy mixture of vodka, grenadine and Tabasco.

Have your portrait drawn by a local street artist

Walking down Nevsky Avenue you will see many street artists, some at work drawing famous landmarks and views of the river and others waiting for a passer-by to sit down for a portrait. They are scattered around the city, but many tend to congregate around Ekaterininsky Garden, right on Nevsky Avenue. For a reasonable price you can support the local artists and also have a souvenir to take home.

The city center has no skyscrapers or high-rise modern buildings. The local community and the government have made a joint effort to preserve the old buildings and carefully renovate them, so many of the residential buildings still have access to their roofs and, since they are built so close to each other, you can literally walk along the rooftops. It’s a unique and adventurous way to see St Petersburg, although not recommended during wet weather as the roofs can get slippery. Locals are clued in to which roofs are accessible, and have started mini-businesses running tours. Take the opportunity to admire the city from a totally different perspective.

Looking for things to do in Moscow? Check out our city guide here.