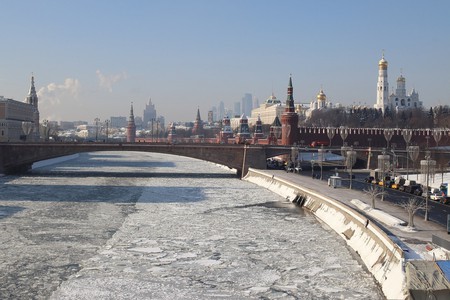 Moscow has made an attempt to ban the Telegram app | © Pixabay

Russia was once all for a free and open internet, but in recent years has moved to censor what its citizens can and cannot access online in a similar manner to the Chinese government.

In April, the Russian government ordered that the Telegram messaging app be banned. Telegram secures its users’ messages through encryption, but Russia has moved against the app as it refused to allow the government backdoor access to conversations.

In the process of attempting to ban Telegram, Russia went about blocking millions of IP addresses, affecting Amazon Web Services and Google Cloud servers in the process, and disrupting almost the entire internet across the country.

Russia also blocked access to sites in March 2017 after it accused them of promoting illegal anti-government protests, which were planned for Moscow’s Red Square. The government claimed the student protest was illegal because the organizers hadn’t sought permission beforehand, and used this as a reason to block sites encouraging the anti-establishment event.

This internet censorship was made possible by several laws passed in response to mass protests in late 2011 and early 2012, when the largest demonstration against the government since the end of the Soviet Union took place. Social media was used to help organize the protests, which was duly noted by Russian President Vladimir Putin. One law in late 2012 gave the Russian government the power to block some online content.

Yet the internet in Russia remains largely accessible, mainly due to the difficulty of censoring it. Putin indicated in 2014 that he wanted to set up a Russian-built internet, even going as far as branding the internet as a “CIA project.” This would be a drastic step towards de-globalizing the internet, and could prompt other countries to build their own networks away from others.

In China, the government took a swift, sledgehammer approach to internet censorship, recognizing that controlling it could wield both political and economic advantages. By isolating the Chinese internet from the rest of the world, the government made it impossible for its citizens to access the likes of Facebook and Google. This meant the internet culture in the country evolved differently, and Chinese companies like Weibo and Alibaba, among others, could prosper, unchallenged by international competitors. And of course, the laws clamp down on any anti-government dissent online.