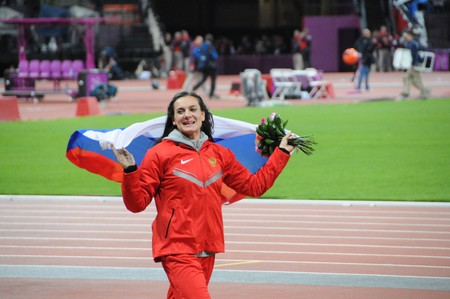 Filmmaker Bryan Fogel set out to make a documentary about doping in amateur cycling, but his project Icarus unravels into an integral part in one of the biggest doping cases the world has ever seen.

Fogel wanted to see how much he could improve while competing in the toughest race among a amateur cyclists, the Haute Route. He would start a doping program, complete the race, see how fast he’d become along the way, try to beat the tests and reveal his findings.

To help him, he needed a scientist who knew about anti-doping tests and doping programs. He was put in contact with Dr. Grigory Rodchenkov, the director of Moscow’s Anti-Doping Centre, who (rather astonishingly was willing to help out).

Without being cliche, it has to be seen to be believed. Without witnessing what is actually happening within the film, the average sports fan would struggle to get their head around what is actually taking place.

It’s not so much the idea that Russian athletes have been doping, or even that the Russian state has a doping program, it is the how simply Fogel gains access to information. A film project that starts out as an inquisitive look into how easy or difficult it is for an amateur cyclist to dope, and subsequently pass doping tests, ends up at the centre of a colossal house of cards as it collapses.

Why on earth would Rodchenkov have the time or inclination to be a part of this project, instead of keeping a low profile? Why is he so open about what he does? Rodchenkov is in all sorts of trouble – with pressure from the Russian authorities, as well as the World Anti Doping Agency (WADA) and the International Olympic Committee (IOC) – and yet seems fine with Fogel bringing cameras into his lab in Moscow.

As the scandal begins to break in the mainstream media, Fogel finds himself going from lab rat to accomplice, all the while trying to scrabble together a narrative for his documentary.

It then becomes a tell all. Due to Rodchenkov’s character, it is difficult to trust or believe what he is saying, but that’s mainly down to his eccentricity. From the outset he never seems untrustworthy or shady, quite the opposite in fact – he’s more lovable cartoon character than sinister Bond villain, but Fogel’s willingness to trust him somewhat bring his objectivity into question.

The claims made by Rodchenkov go straight to the very top. It involves Russian ministers, in particular, Sports Minister Vitaly Mutko, who would have got his orders directly from President Vladimir Putin. 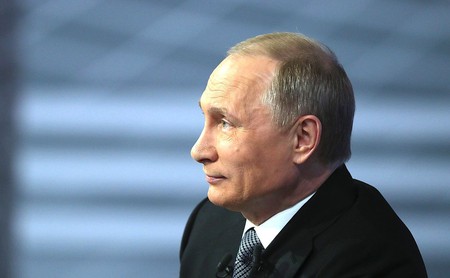 There is an admittance that doping has been a part of Russian sport since at least 1968, with a conscious decision made ahead of the 2014 Winter Olympics in Sochi to use performance enhancing drugs throughout the Games, rather than stopping one month beforehand.

It is even down to Fogel to meet and explain the case to WADA (because it is unsafe for Rodchenkov to appear himself). Speaking to an independent panel Fogel states: ‘Anti-doping has never existed in Russia. Ever.’ When one member, Claudia Bokel, asks; ‘Across all summer sports?’ Fogel replies; ‘All sport. Period.’

Icarus covers the elaborate system of swapping dirty urine samples (those that would test positive for performance enhancing drugs) for clean ones, meaning every Russian athlete who competed in Sochi 2014 had to have supplied clean samples beforehand. Next to the lab in Sochi used to test samples was in a building owned by the FSB (formerly the KGB), and it was there that the clean samples were stored.

The claims even go beyond sport. With Putin’s popularity steadily falling, it climbed dramatically after the ‘success’ of Sochi 2014. Within days of the Olympic Games ending, Putin went to war with Ukraine. Rodchenkov even admits, ‘I feel guilty for the part I ending up playing in this event’. This event being his doping program helping raise Putin’s stock, and the latter’s subsequent aggression against their neighbours.

Despite the fact that Fogel accidentally falls into the heart of the scandal, his access is astonishing. While the Russian state’s culpability may not comes as a shock, the details in this brilliant documentary make it a compelling watch, whether you’re a sport fan or not.

Icarus is available to watch on Netflix now.