10 Russian Artists You Need to Know

Recent years have seen a boom in Russia’s contemporary art scene. From St. Petersburg to Moscow and exhibition spaces all over the world, Russian artists are showcased in an increasing number of institutions – a powerful indication of how much the former Eastern bloc has come in transforming its approach to artistic expression. We have handpicked ten Russian contemporary artists to know. 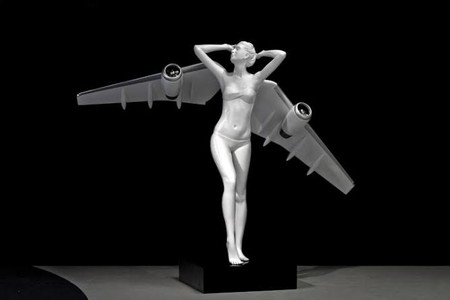 Russian artist Anna Parkina’s work examines the world in a state of flux, exploring the effect of modern society on human anxiety and experience. Her art harks back to a period of Russian Constructivism and she counts leading artists such as Alexander Rodchenko as her influences. Yet, as well as being reminiscent of Soviet propaganda images popularized by the movement, her work also merges together novel styles, encompassing a myriad of influences and art mediums. Predominantly, Parkina’s use of collage has attracted her much attention, which stands as a visual metaphor for social and political undercurrents in society. By appropriating popular images onto canvases, such as the repeated use of silhouettes, she highlights the common yearning to make sense of an intriguing and somewhat fragmented, reality. 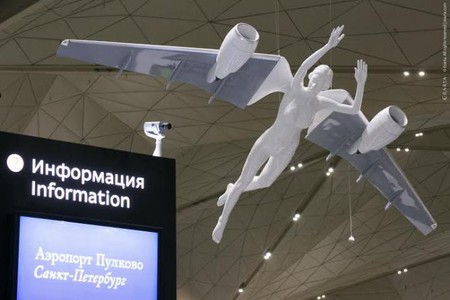 Born in Novosibirk in 1971, Dmitry Shorin studied at the M. Gorky Teaching Institute in Omsk, graduating with a specialization in costume design. Today, the artist lives in St. Petersburg and is a member of the prestigious UNESCO International Federation of Art. Working mainly in the medium of painting, Shorin’s images are greatly influenced by photography and mass media, with a distinct focus on the female form. Yet since 2013, it has been his work in sculpture that has been thrust in the spotlight. Adorning the halls of the new Pulkovo airport terminal in St. Petersburg, a series of dramatic sculptures portray ethereal young women with jet planes for wings, bringing to light theories of flying humans and the limits of the human body in an ever-expanding digital age.

The son of a communist party official who died in the Second World War and a mother who fled Poland at 15 in support of the Russian Revolution, today Erik Bulatov is known for being one of Russia’s most important living artists. Over the decades, his work has appeared in almost every important exhibition on 20th century Russian art and primarily focuses on the absurdity of Soviet reality. Today, many of his paintings constitute political art, even though they do not carry a clear-cut ideology or political manifesto. Metaphorically rich and overlaid with a distinct Russian pathos, his use of text and image layering has redefined Russian contemporary art as it is known today. 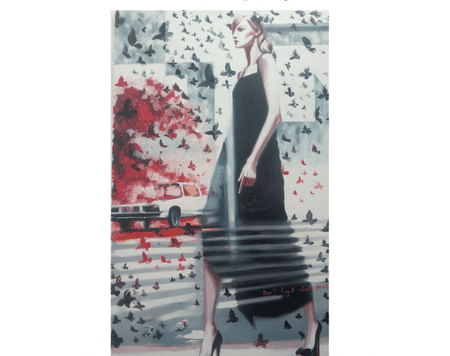 Born in 1981 and having studied at the Mukhina Art Academy in St. Petersburg, Marina Federova continues to live and work in the Northern city. Receiving international acclaim for her solo exhibitions of graphic compositions, she has since participated in numerous art fairs and exhibitions. In particular, her intertwining of fashion and art has won her great support within the Parisian art scene. Primarily painting images of women, Federova’s work employs bold and sweeping lines, marking her out as one of Russia’s most promising emerging artists both nationally and on the international scene. 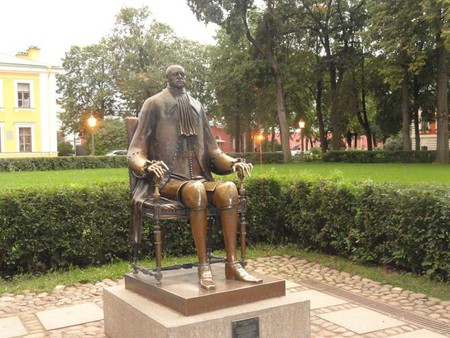 Mihail Chemiakin experienced a very interesting childhood, having been born in Moscow in 1943, growing up in occupied East Germany, before returning to Soviet Russia in 1957. Despite being expelled from the St. Petersburg Repin Academy of Art for failing to conform to Socialist politics, and being subject to psychiatric treatment to ‘cure’ him of his nonconformity, Chemiakin has succeeded in developing an extensive art portfolio. Today, the artist continues to work in a broad range medias and is known for creating the 15-figure Children Are Victims of All Adult Vices sculptures for the City of Moscow in 2001. Similarly, he donated the Monument to Peter I to St. Petersburg in 1991 and further series adorn cities all over the world, including in New York, London and Paris.

Born in 1962, Olga Chernysheva grew up in the wake of the Soviet Union’s demise and following a period of censorship and travel restrictions, she became the first Russian to study at Amsterdam’s Rijksakademie. Today, Chernysheva has firmly secured her position on the contemporary art scene. Often moving between different mediums, her work provides an intriguing glimpse into the world of post-Soviet Russia. With a focus on the effects of capitalism and collectivism, her photographs and montages illustrate her sociological approach to Russian society and the daily lives of its citizens. Her interest in the mundane reality of Moscow’s city streets is fascinating and offers another perspective into contemporary Russian life. 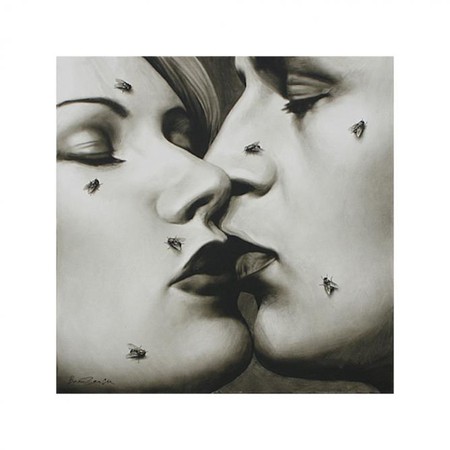 Born in 1968 in the southern Urals of Russia, Rinat Voligamsi graduated from the architectural department of the Ufa State Technological University in 1984, following a brief interruption of studies due to conscription. Following this, he began exhibiting his works and was awarded the “State Prize for Russia” in 1994. His preoccupation with human bodily forms is particularly fascinating and he often focuses on duplicated figures, or bodies that are multiplied, halved or completely inverted. Throughout his works, Voligamsi explores the authority of Russia as a modern nation, which can be viewed as an attempt to resist the state’s regulation of its people. The young artist gained international acclaim with his project that modified original photographs of Lenin. 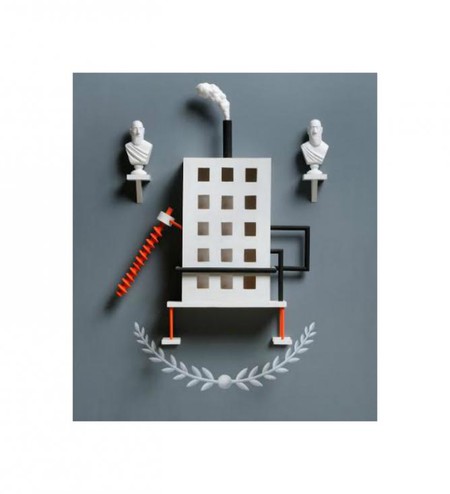 Born in 1976, Roman Sakin is a Russian sculptor and a nominee of the Kandinsky Prize in 2009 and 2012. Known for working with unconventional instruments, the artist focuses on the positioning of objects and the transformation of their meaning for the viewer. With a firm foothold on the Moscow art scene, it is no wonder the Sakin has graced the exhibition halls of the Moscow Museum of Art, as well as other international galleries. 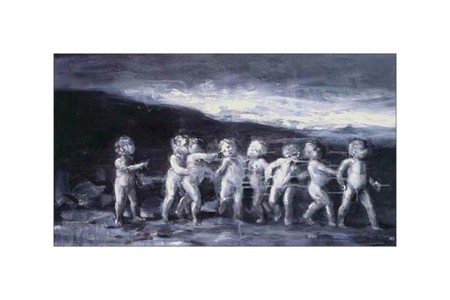 Vitaly Pushnitsky is a St. Petersburg based painter, sculptor and graphic artist who is widely considered to be one of Russia’s leading contemporary artists. With collections at the State Russian Museum and Moscow Museum of Modern Art, as well as numerous internationally renowned galleries, Pushnitsky’s work illustrates a working relationship between established painting traditions and modern graphic techniques. Photography, painting and graphics coexist in his artworks, addressing the problems with representing reality in art. Many of his exhibitions deal with the issue of time, metaphysics and mechanics, forging a dialogue between classical methods and contemporary art. 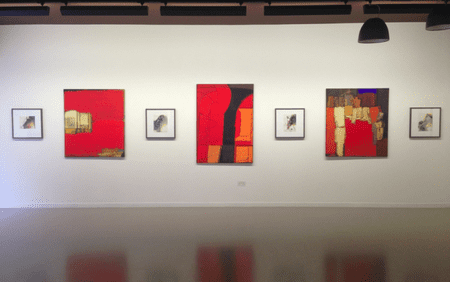 Born in a remote village in Russia’s Stavropol region, Vyacheslav Mikhailov studied under the directorship of Yevsey Moisejenko, an acclaimed art professor at the Repin Institute of Painting, Sculpture and Architecture in St. Petersburg. Upon graduation, he formed the The Three Bogatyrs art group with his fellow colleagues, devoted to exploring new forms of artistic expression. Today, he still works with paint, utilizing various surfaces and materials in the creation of his works – in particular, his technique has become synonymous with the use of levkas, a material commonly employed in iconography. Awarded the title of “Honoured Artist of Russia,” Mikhailov’s projects have been featured in hundreds of gallery spaces worldwide.