Why Rap is Having a Moment in Russia 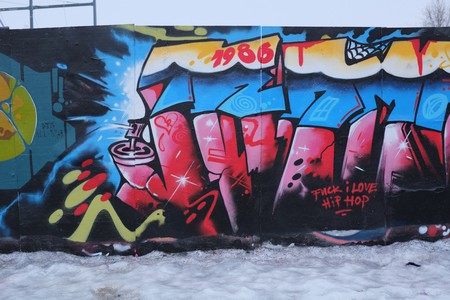 Not since the rise of rock has a music scene so swiftly moved from the underground shadows into the bright lights of Russia’s mainstream culture. The nation’s burgeoning rap scene is quickly cementing itself as the voice for millions of young Russians. Here’s why the federation’s rap is snowballing into the next big thing.

Fitting for a millennial upsurge, rap’s momentum was born online. Superstar Pharaoh came out of the YungRussia crew – an online collective of young Russians who were at the helm of the nation’s youth culture scene, and who came together over their appreciation of hip-hop. In a country as large and diverse as Russia, only the online sphere could have harnessed the collective mindsets of people across the nation and unify them in shared experience and interest.

The freedom of the internet

Cyberspace also affords unparalleled freedom for artists, which lies almost out of the State’s strict control. In 2014, the Russian government introduced a law that prohibits the use of commonplace profanities in the arts. This ban serves to further censor dissidence, political commentary and freedom of speech, an issue Pussy Riot drew the world’s attention to in 2012. And while outlets and news sites risk penalties if they embed clips that breach the law, the internet allows rappers to show off their lyrical prowess to the best of their abilities, which they do so in hugely popular online rap battles.

These rap battles are integral to the genre’s popularity. They see competitors often thinking on their feet, outwitting and outsmarting their opponents with a deft grasp of language. Rappers show great skill as they trade quips that both insult and comment on society and politics, as well as weaving in literary references and urban slang. These fine displays of wordplay carry on the rich Russian legacy of wordsmithing and appreciation for finely crafted poetry, albeit in a very contemporary interpretation.

Several of Russia’s rappers have made a name for themselves in the verbal boxing ring. Megastar Oxxxymiron began to compete in these cyber feuds while living in London. He grew his fan base and reputation with these duels of language and wit that have become so popular with Russian fans, they are almost breaking the internet.

Increasingly, Russian language battles are garnering more views than American battles, despite the competition being more established in the English-speaking world. The August 2017 feud between Oxxxymiron and Slava KPSS drew close to 15 million views in the first three days, and 18 million within a week.

Oxxxymorin vs. Slava KPSS heralds a new era of Russian rappers who use the internet as a stage to connect with people beyond national border lines. This same battle was reported on by international news sites such as Huffington Post and Hip Hop DX, as well as gaining mainstream media attention inside Russia.

Now, Russia’s rap megastars are attracting attention from the around the world: Oxxxymiron has competed against American rappers in US battles, and Kazakh sensation Scriponite has released a collaboration with UK trip-hop icon Tricky. As these musicians continue to hone their craft online, the groundswell continues to grow around them, ensuring these bright lights of rap will go on to shine even brighter.