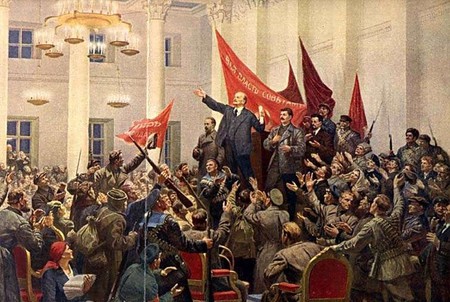 Lenin declares the Victory of the Socialist Revolution. The 7th of Nov, 1917, Stalin, not Trotsky, stands next to Lenin. 1953, by Sokolov-Skalia

In anticipation of the 100th anniversary of the Russian Revolution next year, Culture Trip will be showcasing a number of works tied to the events that led to the creation of the Soviet Union, and its enduring influence. This week we look at Catherine Merridale’s Lenin on the Train: an account of the February Revolution centered on Lenin’s return from political exile. 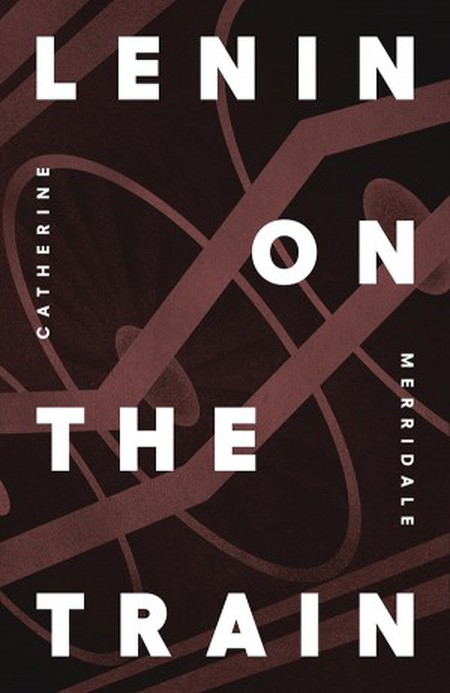 Lenin on the Train, by Catherine Merridale | Courtesy of Allen Lane

On March 8, 1917 (23 February in the Julian calendar, which Russia used at the time), Women’s Day, workers from a cotton mill in northeast Petrograd walked out en masse. They made their way towards the city center, their numbers growing to 50,000, calling on neighborhood factory workers to join them in a protest of the war and its resulting food shortages; 75,000 showed up the day after, 200,000 the next — an enormous crowd converging in Znamenskaya Square. There was no going back from there. By March 15, Tsar Nicholas II had abdicated the throne. As Catherine Merridale explains: “the demonstrations [had] turned into a revolution” when a “full-scale rebellion broke out among the troops.” After a week of action, the Russian monarchy was no more.

Lenin himself set out in April of that year, and arrived much later than most other exiled radicals, having traveled north through Germany, Sweden and Finland in an effort to bypass the front lines. Merridale’s new book, Lenin on the Train, provides an engrossing and minute description of his journey, in tandem with political developments in Petrograd and the influence European powers had over them. It could not be otherwise; as she explains, by the time Lenin had left Zurich, the Russian state functioned on an uneasy relationship between the Provisional Government (composed of right-wing incompetents, alongside buffoon socialist Alexander Kerensky) and the Soviet Ex Com, made up of elected representatives from the workers’ councils (who held the actual power, yet feared ruling). It was the fact that neither body would, nor could, effectively address the twin concerns that had ended the Romanov autocracy — food and peace — that would eventually leave enough room for the Bolsheviks to claim the country.

Amid these two narratives, Merridale provides a complex and captivating portrait of Lenin himself. Under his real name, Vladimir Ilyich Ulyanov, he is shown to be a man of uncommon intensity, if not exactly a warm personage. Though his “disdainful, unappealing face,” with the “evil eyes of a wolf,” would initially strike onlookers as that of a man “powered by loathing” — more of a “provincial grocer” than a leader — everyone who met him would end up revising their views. His was a vigor, a rhetorical pugnacity, that made his speeches uniquely memorable, a quality that served him well upon his return to Petrograd.

Lenin arrived on April 16th, a veteran of the 1905 Revolution and the most radical politician in the city. Greeted at the Finland Station by a large crowd of workers, he gave a number of impromptu, rousing speeches from the top of an armored car — “shouting at full voice, a wild messiah in round hat, tie and flapping coat […] telling them that they had been betrayed; [he] talked of class struggle and victory.” He then made his way to the Bolshevik Central Committee, where it was clear he had been relegated to the political fringes, isolated within his party and thought of, by some, as crazy. It only took him 20 days, after daily addresses to workers and committees, to regain leadership of the Bolshevik party.

Yet Merridale is careful enough not to turn this into a heroic tale. As Lenin’s journey and the political developments in Petrograd merge, she begins to divulge the more sinister aspects of his story. Discussed first are Lenin’s alleged connections to the German Empire, which had every interest in making sure Russia sued for peace. He had already, of course, reluctantly accepted Germany’s help in crossing the country — he and his fellow travelers having done so within a sealed train wagon, at great expense to the Reich — but Merridale makes bolder claims. Despite a lack of clear evidence (most secret transactions by the German Foreign Ministry weren’t exactly recorded), she manages to paint a damning picture of the Bolsheviks’ funding links to the Empire. Two things are certain: Lenin’s envoy in Stockholm, Karl Radek, had a meeting with a German spy empowered to sift millions of Reichsmarks through to Russia; and Pravda, the communists’ hugely successful newspaper, operating from Petrograd, was in 1917 too widely distributed and well-run to function solely on the money the party made from memberships.

This somber progression culminates in Lenin on the Train’s harrowing last chapter, in which the horrors of the Bolshevik regime, and the European power rivalries that enabled it, are vividly exposed. The great tragedy of Russian politics, still unresolved to this day (as she makes sure to mention), is glimpsed through the futures of Lenin’s comrades. From his friends (Raskolnikov, Radek, Zamenev, etc…) to those who travelled with him to Petrograd (Usievich, Shlyapnikov, Fürstenberg, etc…): all would die — either in the civil war that followed the October Revolution, or during Stalin’s Great Purge.

“In 1917, the plans of all the foreign actors in the Russian tragedy backfired. In the process, the European powers succeeded, between them, in destroying the first and last chance for a free and democratic Russian polity that any could have hoped to see.
[…]
The Germans had failed to realize in time that they were sponsoring a man whose personal sense of mission appeared — to him — to warrant any violence. The greatest sufferer of all, however, was Lenin’s own society. The hatreds from the old days had not had the chance to heal, while new ones, stoked by the language of class, swept through the masses like a blaze.
[…]
The Soviet dictatorship, a government that promised freedom for all working people, had created a tyranny.”