What You Need to Know About Watching Ballet in St Petersburg 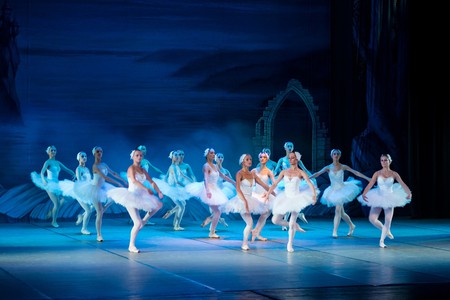 The ballet is an essential part of St Petersburg’s culture. For years, it was one of the most popular forms of entertainment, where nobility and even the imperial family gathered to appreciate the art. Prima ballerinas were like superstars, with fans throwing flowers at their feet and desperately falling in love. Now, the tradition carries on, bringing the highest quality of ballet to audiences from around the world.

Why see the ballet

St Petersburg is ultimately the cradle of the Russian ballet tradition. Back in 1738, a French choreographer, Jean-Baptiste Landé, started the first ballet school in Russia. Rooms were dedicated in the Winter Palace for the training of 12 young boys and girls, the first ballet students of Landé. Soon, the French teacher formed his first ballet troupe, sponsored by the government. Throughout the 19th century, ballet reached new heights, and ballet stars were recognised for their talents. More ballets were choreographed by the best teachers from around the world, and visiting the theatre to see a ballet gradually became an important social occasion.

Now we can benefit from the great history of Russian ballet with a variety of shows from which to choose. For the audience getting their first taste of ballet, a good choice would be a classical Russian ballet, such as Swan Lake or The Nutcracker, both composed by prominent Russian composer Pyotr Tchaikovsky. The latter is a Christmas-themed one that is a very popular choice during the winter season. There are also a number of ballets based on literature, such as Shakespeare’s love story of Romeo and Juliet, composed by Sergei Prokofiev, or Don Quixote, with music composed by Ludwig Minkus. A fairly recent addition to the literary repertoire is the ballet Anna Karenina based on the novel by Leo Tolstoy. Other prominent Russian ballets include La Sylphide and Giselle. Of course, the final choice depends on the theatre’s program at the time, as not all ballets are on show simultaneously.

Where to go in St Petersburg

The king of all theatres in St Petersburg is the Mariinsky Theatre, preserving the grandeur of the imperial times. The first shows premiered here in the 19th century, and now restored, the theatre remains operational today and is regarded as the best in the city. A smaller, yet historical stage is The Hermitage Theatre, located in the complex of the Winter Palace, a former imperial residence. This theatre used to host private parties for the nobility, closely connected to the monarch. Now it is open to a wider audience, but due to its smaller size, the room has an intimate feeling. Other notable ballet theatres include the Mikhailovsky and Aleksandrinsky Theatre. While the latter is better known as a drama theatre, it does have ballets in its repertoire.

When is the best season

The most popular time for ballet in St Petersburg is the “White Nights” season, which is also a favourite time to travel to Russia because of the long-lasting daylight that makes it feel like the night never comes. It’s the perfect season to go to the theatre. During this period, there is usually a great selection of shows featuring famous artists. Although, soon after, from August to September, many theatre troupes go on tour or go on break, so there is very little to choose from if anything at all. Winter is also an ideal time to visit, especially around the holidays when there are special Christmas-themed shows on, setting the holiday mood; they are a good choice for children too.

For large theatres, tickets are easily available online, and the websites have an English version for ease of use. Book and purchase online, and then bring a print out on the day of the show. These theatres include Mariinsky, Mikhailovsky and Alexandrinsky. For smaller theatres, there isn’t always an online option available, and ticket offices would be the place to order tickets and have them delivered. However, some do have websites, and out of the three most popular ones – Kassir, Afisha and Biliter – only the latter has an English version.