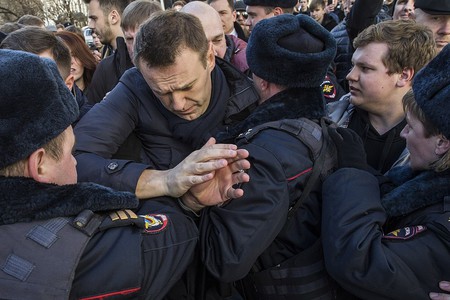 One of the most prominent leaders of the anti-Putin opposition, Alexei Navalny, during a protest in Moscow in March 2017. | © Evgeny Feldman / WikiCommons

Moscow is a fascinating, complex city. Its long and convoluted history can be seen from every street and every building. Previous centuries added new layers to Moscow’s architecture and street layout. Many pivotal moments in Moscow’s history have been captured on film as well. Here is the history of Russia’s capital in 20 photographs.

Construction of the Cathedral of Christ the Saviour

One of the first photographs of Moscow showed the construction of the Cathedral of Christ the Saviour. 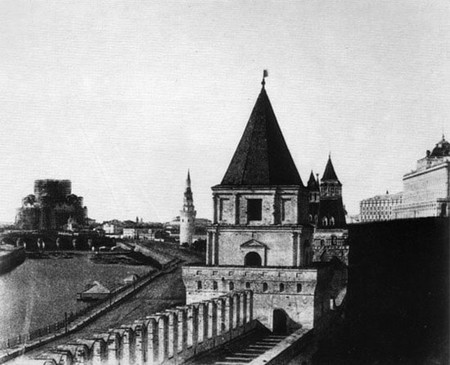 Construction of Cathedral of Christ the Saviour as seen from the Kremlin (the Church is on the left, Kremlin towers on the right), 1852 | © Public domain / WikiCommons

All of Russia’s Tsars were crowned in the Moscow Kremlin. Here is the coronation of Russia’s last Tsar, Nicolas II on May 14, 1896. 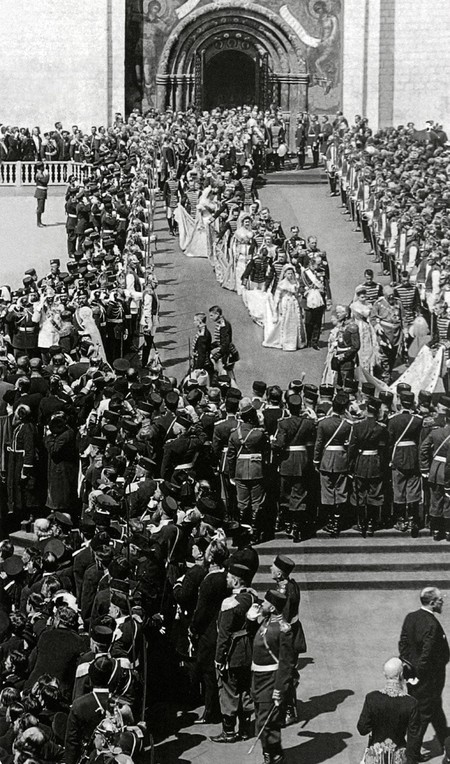 The October Revolution took its toll on Moscow. Here are the victims being buried on the Red Square, November 10, 1917. 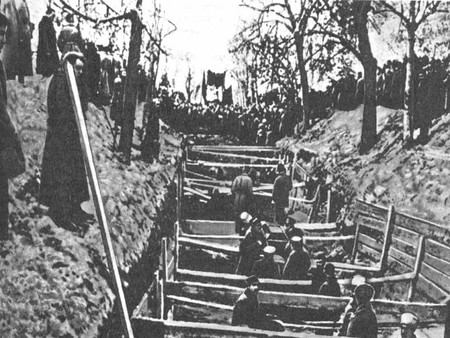 Demolition of the Cathedral of Christ the Saviour

On December 5, 1931 the Communist authorities demolished the Cathedral of Christ the Saviour to make space for the Palace of Soviets, which was never constructed. 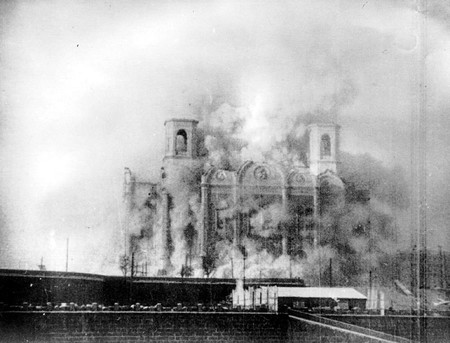 Demolition of the Cathedral of Christ the Saviour to make space for The Palace of Soviets, which in the end was never constructed | © Public domain / WikiCommons

The newly established Soviet State couldn’t afford to build the Palace of Soviets, but they did, however, find the funds to build a metro system. The first lines were open in 1935. Here is the construction of one of the stations. 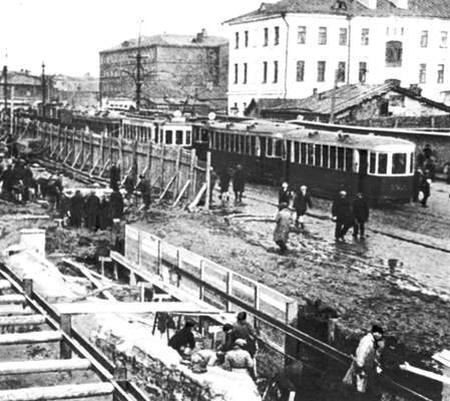 The construction of one of the first stations of Moscow metro, between 1932 and 1934. | © Public domain / WikiCommons

The Soviet Union against Nazi Germany

1941 marked the beginning of the Soviet Union’s war against Nazi Germany. Here are Soviet soldiers conducting military exercises in one of the parks in the centre of Moscow. 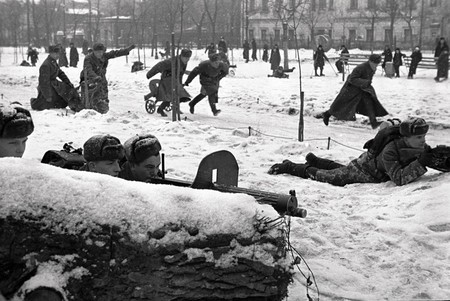 A parade for victory

The victory in the war was first celebrated in 1945 with a parade, which has been repeated every year since then.

The death of Joseph Stalin

Joseph Stalin died in 1953. His death changed Moscow and the entire Soviet Union. Here is a picture from his funeral in Moscow. 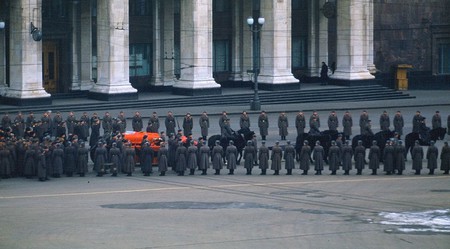 The funeral of Joseph Stalin in 1953. | © Martin Manhoff / WikiCommons

1961 marked the first flight of a human into space. This achievement was celebrated in Red Square in Moscow. 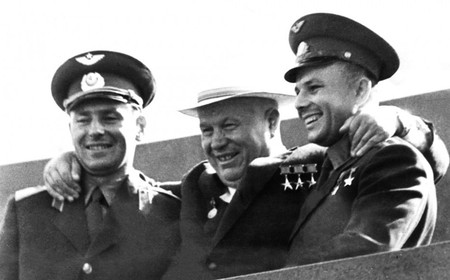 Gherman Titov (the second man in space), Nikita Khrushev (the successor of Stalin as the leader of the Soviet Union) and Yuri Gagarin (the first man in space) on the Red Square in Moscow. | © Dutch National Archive / WikiCommons

A pool fills an empty space

In 1960, new Soviet authorities filled the empty space, where the Cathedral of Christ the Saviour had been with an open-air swimming pool. 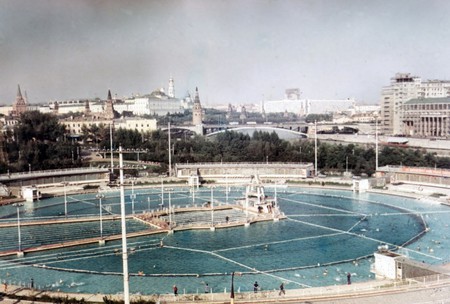 Swimming pool Moscow and the Kremlin in the background. The swimming pool was opened in 1960 and was operating until 1988. It was one of the biggest open-air swimming pools in the world. 1969. | © Andris Malygin / WikiCommons

The capital of the Soviet Union

Moscow was the capital of the Soviet Union. So many important events for the country took place there. Here is a Soviet youth union celebrating its anniversary at the Kremlin. 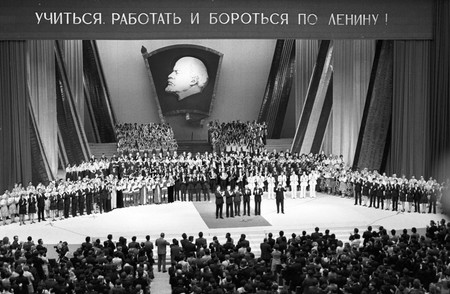 Moscow was also where the Summer Olympics of 1980 took place. These were the first Olympic Games to be held in Eastern Europe. 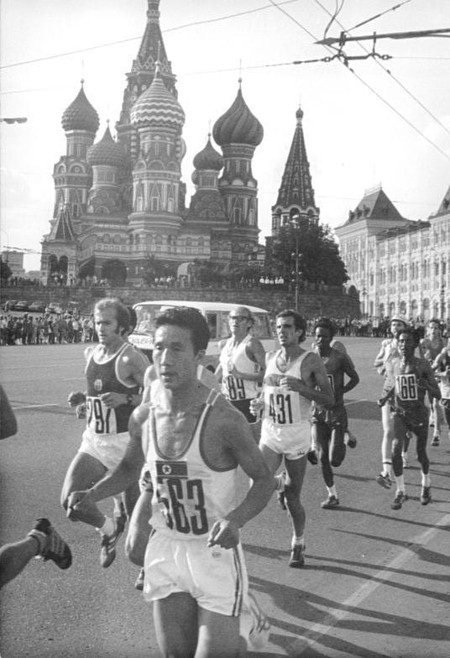 The collapse of the Soviet Union

In 1991, the Soviet Union started to collapse. Mikhail Gorbachev, the leader of the USSR at the time, introduced a series of reforms to decentralise the country’s government. Hard-core communists opposed them and staged an unsuccessful coup d’état. 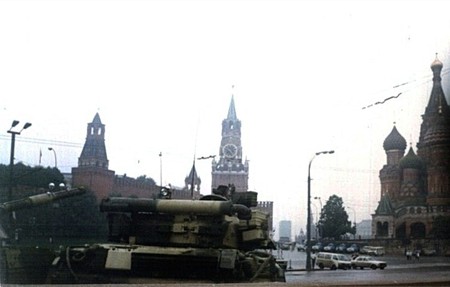 Tanks on the Red Square during the 1991 coup d'etat attempt. | © Public domain / WikiCommons

Separatists were held at bay

The separatists were stopped by Boris Yeltsin, then the President of the Russian Soviet Republic. 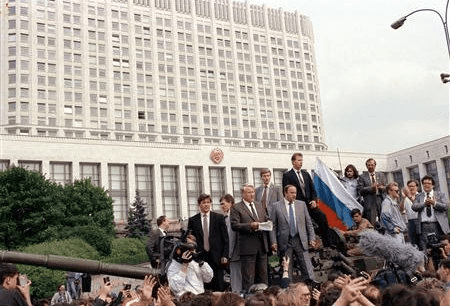 Boris Yeltsin standing on a tank in front of the White House in Moscow, then the headquarters of the Supreme Soviet of Russia | © Kremlin.ru / WikiCommons

1999 was a tragic year in the history of Moscow and the whole of Russia. A series of apartment bombings, attributed to Chechen terrorism, took place in Moscow and several other cities across the country. It was the start of the Second Chechen War, which ultimately brought Putin to power. 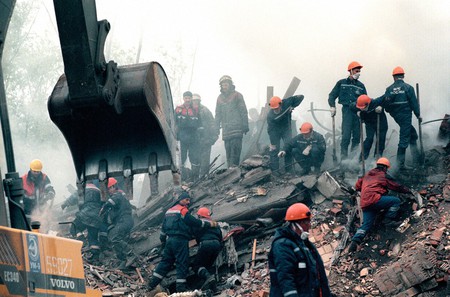 The remnants of apartment buildings on Kashirskaya Highway in the south of Moscow. | © RIa Novosti archive / WikiCommons

In May 2000 Vladimir Putin became the President of the Russian Federation. This event changed both Moscow and Russia forever. 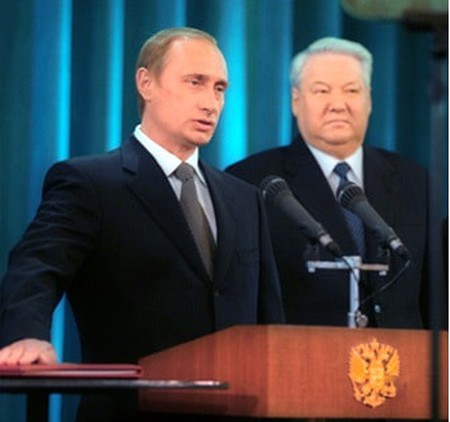 The Cathedral of Christ the Saviour is rebuilt

After the dissolution of the Soviet Union, the Russian Orthodox Church started gathering funds to rebuild the Cathedral of Christ the Saviour. The endeavour was completed in August 2000 when the new Cathedral was consecrated. 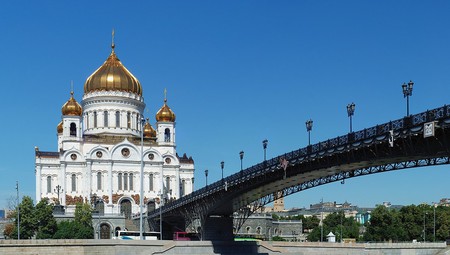 The rebuilt Cathedral across the Moscow river. | © Alvesgaspar / WikiCommons

After the system transformation, Moscow became one of the most important financial centres in Europe. Most of the city’s institutions are now located in Moscow City. 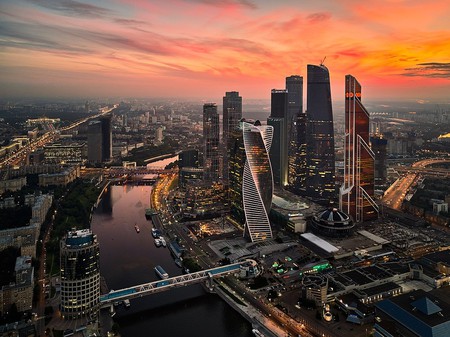 In 2015 a prominent opposition politician, Boris Nemtsov, was shot and killed just a few steps away from the Kremlin. The spot of his assassination is always filled with flowers. 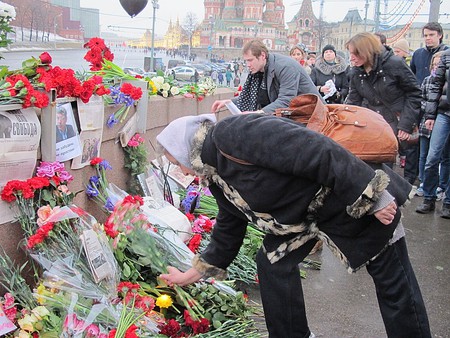 Recently, Moscow has been one of the most prominent stages of anti-Putin protests.

One of the most prominent leaders of the anti-Putin opposition, Alexei Navalny, during a protest in Moscow in March 2017. | © Evgeny Feldman / WikiCommons
Give us feedback