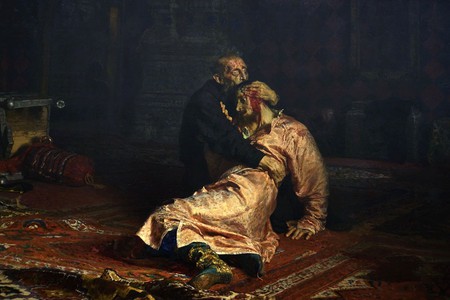 Moscow’s State Tretyakov Gallery is contemplating banning alcohol sales after extensive damage was done to a valuable painting by a man who claimed to be ‘overwhelmed’ after drinking vodka.

In a strange reaction to both booze and art, Igor Podporin, 37, took to a painting with a metal pole after drinking approximately 100ml (3.4 oz) of vodka at the gallery’s café, The Guardian reports.

Painted in 1885 by Ilya Repin, who is considered to be one of Russia’s masters, the artwork has been compared to Leonardo da Vinci’s Mona Lisa. The damage to the painting in question was done in an instant.

Just before closing time, Podporin was able to manoeuvre around gallery staff and pick up a security barrier bollard, with which he repeatedly struck the painting and its protective casing. The painting was pierced in three places, and the frame was also damaged.

As a result, the gallery is now in negotiations with the on-site café to remove bottles of wine and cognac. Tretyakov’s director, Zelfira Tregulova, said that the incident reflects the aggression festering within the community.

Podporin faces a prison sentence of up to three years and a 3,000,000 ruble fine (£33,000) for damaging a cultural artefact, despite calls from government officials to increase incarceration time. This also isn’t the first attack on this particular painting.

In 1913, Abram Balashov, who suffered from mental illness, took to the painting with a knife. The artwork was then restored by Repin himself, since he was alive at the time.

The painting depicts Ivan the Terrible holding his dying son after striking him dead while in a mad rage – a historical story that has been a bone of contention for some time. Many historians agree that Ivan the Terrible killed his son in a moment of crazed anger; however, many nationalists do not. They believe the story was fabricated by Western propaganda.

Ivan the Terrible was one of the most autocratic tsars in Russian history. Some nationalists believe that his reputation as a merciless leader has made him vulnerable to false accusations such as the scene depicted in the painting. 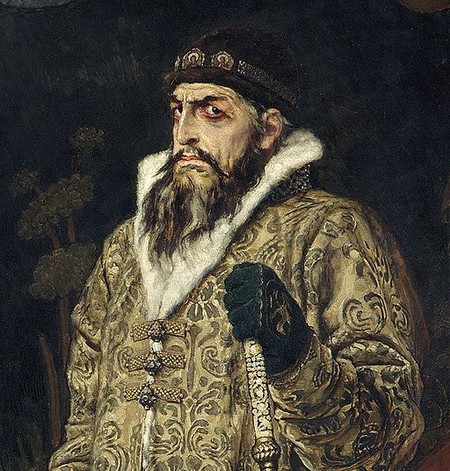 The Guardian reports that a member of gallery staff heard Podporin shout a renouncement of the incident at the time of the attack, while The Telegraph reports that he told officers he acted due to the historical falsehoods portrayed in the painting. Reuters reported that Podporin later admitted at a court appearance that he had ‘acted for ideological reasons’.

While the painting has never been valued, another one of Repin‘s pieces was sold for over £4,000,000. It is estimated that the restoration process this time around will take several years to complete. The gallery hopes to re-exhibit the artwork in a bulletproof casing in due course.