Kvass: The Drink of Russian Patriots 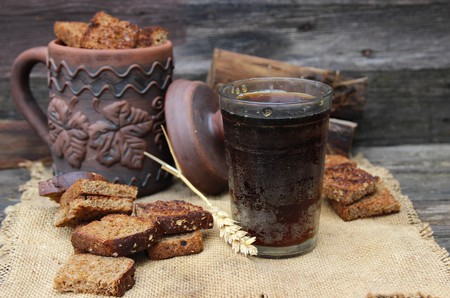 The general stereotype of Russians drinking vodka like water has caused some citizens to shine a light on other popular beverages that few foreigners are aware of. Russia has its very own unique non-alcoholic beverage that has many more health benefits than vodka and is something to be proud of. Introducing kvass, a grain-based drink that is perfect for any occasion.

A drink with an ancient history

Kvass is rooted deeply in Russian history. In fact, it can be traced further back than before Russia was even on the map. An ancient version of kvass is said to have existed in Ancient Egypt, Babylon and Greece, although the exact origin is unclear. Kvass came to Russia just over 1,000 years ago, and it was mentioned in Russian manuscripts from the time. It was an everyday drink in old Russia, valued for its thirst-quenching properties and energising effect. It was the drink farmers would take to the field on a hot day. Back in those days, people believed that kvass had healing properties, and modern science has proved that these beliefs were not without reason. Kvass does have properties that help kill parasites and harmful bacteria, which made it safer to drink than water at that time. 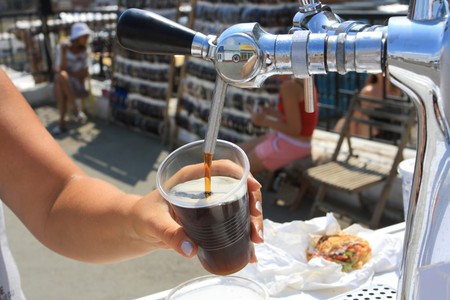 The process of fermentation

There is a legend behind how kvass was first discovered in Russia, and, like in many great discoveries, it was by accident. One day, a farmer found that a bag of grain he was storing had been penetrated by water. The seeds had sprouted and grown through. In an attempt to save his grain, the farmer dried it and milled it into a flour. Yet this flour was no good for making bread. He decided to pour hot water over the mixture and leave it to ferment. This simple process is still used to make kvass on an industrial level. Therefore, kvass has a small percentage of alcohol. The grain can be wheat, rye or barley with the addition of various fruits and berries for flavour.

Kvass has also found its place in Russian cuisine. A famous summer dish, cold okroshka soup, is made using kvass as its base. 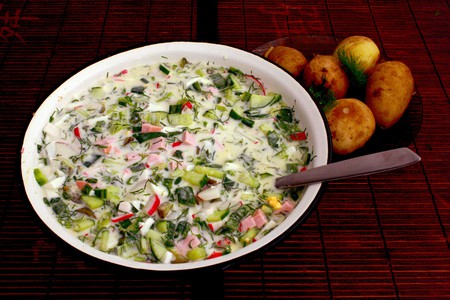 Okroshka, a soup made with kvass | © Nikkolo / Wikimedia Commons

Over time, Russia welcomed Western influences into its culture, especially after a European lifestyle was enforced during the reign of Peter the Great. As more influences took hold, Kvass was seen less and less in Russian communities. Even when a wave of patriotism inspired locals to return to their roots, it wasn’t enough to bring kvass back into daily use. Its true revival happened during Soviet rule, when the production of kvass was enforced by the government. Soon, trucks appeared hauling large barrels of kvass and vendors sold it in the street.

Although Russians are not so much in need of the healing qualities of kvass, it remains a symbol of patriotism and of true Russianness. Consuming kvass, as opposed to sugary Western alternatives, remains a sign of loyalty to the country and pride in national products. 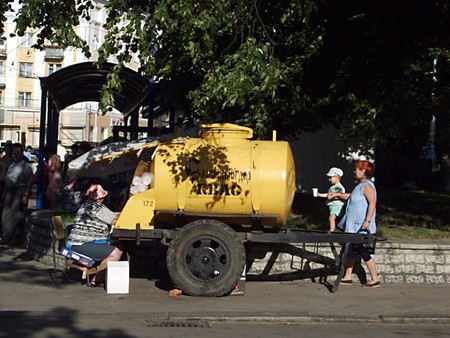 Kvass sold in the streets | © M. Galkovsky / Wikimedia Commons
Give us feedback