An Introduction to Chekhov in 11 Short Stories 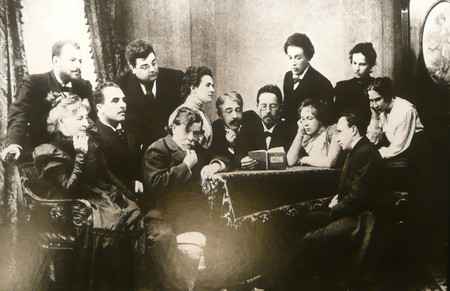 As one of Russia’s best-known authors, Anton Chekhov is the indisputable master of the short story. Though times may have changed since he first put pen to paper, his stories remain familiar to readers who appreciate his ability to bring about laughter through tears. Here’s our pick of the best.

Chekhov himself was a doctor and was no stranger to what goes on inside hospitals. In this short story, the main character Ragin is also a doctor who joins the workforce in a new hospital. From his first days in the system, he realises the horrendous conditions patients live in, but believes that nothing can be done to change them. The reader becomes acquainted with the inhabitants of psychiatric ward №6, and especially with a patient by the name of Gromov, who criticises Ragin’s apathy and acceptance of the system as it is. The juxtaposition of a suffering patient and a doctor incapable of understanding him represent the realities of a bureaucratic society. 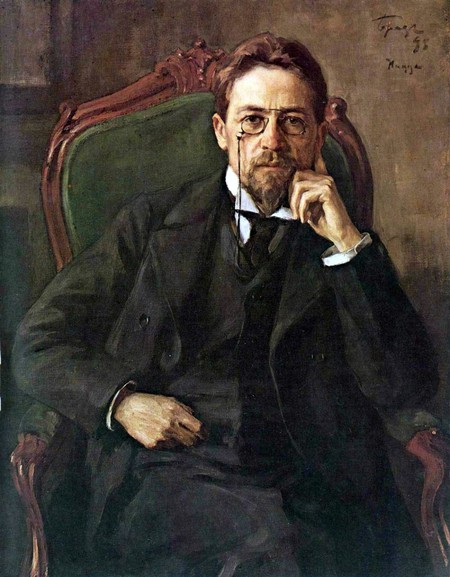 This tale brings about deep thoughts about the meaning of human life. The main character, Jacob, is a coffin maker who has lived his whole life in complete frugality. He never earned a good income and didn’t notice the people around him. Even when his wife dies, he doesn’t notice her death, but rather thinks about what a great and cheap coffin he made for her. Later on he reconsiders his whole life and becomes deeply saddened by how pointless it was. He takes out his fiddle and plays a sad tune for an old rival, Rothschild. He forgives Jacob for his past wrongdoings and remembers the tune, which turns out to be music that made people cry and deeply saddened even after Jacob’s death.

The ‘darling’ in the title of this story refers to the main heroine, Olenka, a loyal wife who thrives on taking care of others. She becomes deeply involved in the lives of her first and then her second husband, learning everything about their work, using their professional language and selflessly helping out whenever she can. After being widowed a second time, she finds happiness once more before her third love moves away with the army. He comes back later with a wife and child, but Olenka welcomes them in her house anyway, giving all her time and devotion to their son, hoping that this time the centre of all her love and attention, the boy, won’t be taken away from her. 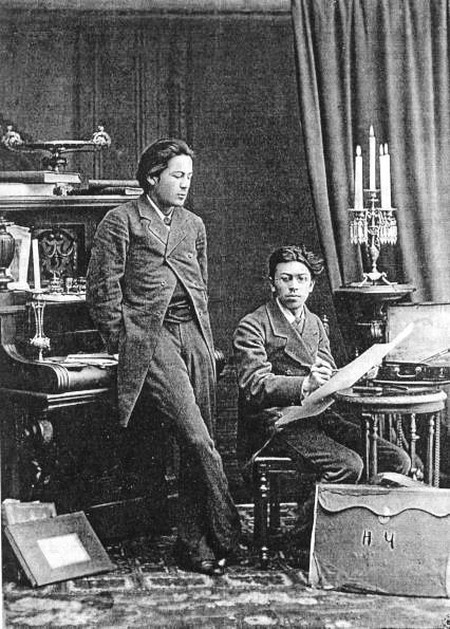 The Lady with the Little Dog

An unhappily married woman Anna and a bored father and husband, Dmitry, meet each other on holiday in Yalta. United in their misery, the two have a holiday romance that for Anna meant a glimmer of hope, but for Dmitry was just a way to take his mind off his unhappy life. As a woman, Anna feels that she has lost her dignity, whereas Dmitry is incapable of sympathising with her worries and treats the matter with little consideration. Soon after they are separated, and Dmitry comes back to his mundane life, he realises what he has lost and how deep were his feelings for Anna. The moral of the story is simple: love can conquer all and change people.

A sincere and simple story about loyalty. Kashtanka is the name of a dog who becomes separated from he owner. She falls asleep on the doorstep of a circus clown who takes her in, gives her a new name and begins training her to work for him. There she meets with the other animals that live in the circus and gets ready for her first show. Yet her performance was not meant to succeed. Despite the new name and new life she has been given, Kashtanka recognises her previous owners in the audience and runs over to reunite with them. An endearing story of life-long loyalty that will leave the reader touched and moved. 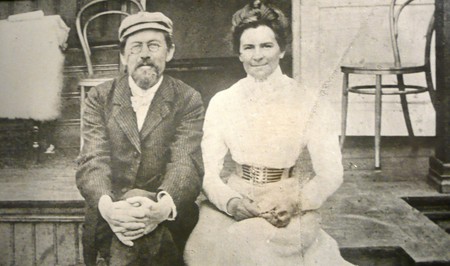 Anna on the Neck

The underlying theme of the story is social inequality and how deeply it can affect the life of one person. Anna, the main heroine, is born into a financially insecure family, and so her parents begin looking for a husband as soon as she comes of age. Anna makes a sacrifice by marrying an elderly, unattractive man, hoping that he will be able to help her family. Her hopes are soon crushed, as he treats her family with no respect, doesn’t allow Anna to handle any money and continuously reminds her of where she came from. Her situation soon changes, as Anna becomes popular in the higher social circles of Russia and her life turns to a whirlpool of parties and dancing. It is then she who forgets about her family altogether and ashamed that her father is such simple man.

This short story is about a little peasant boy who writes a letter to his grandfather – they have been separated from when the boy was young, and now he wants to return to the old man. His life is very difficult in the new house where he is kept as a servant. He is beaten by his master and made to do difficult work – he stays up all night looking after the master’s baby and gets little sleep and insufficient food. Such was the life of many children and families who belonged to landowners like property and had no freedom or rights. As he falls asleep, Vanka feels happy with the thought that his grandfather is going to read the letter and take him away, but the reader is yet to find out a twist in the tale that will bring a tragic ending to the story. 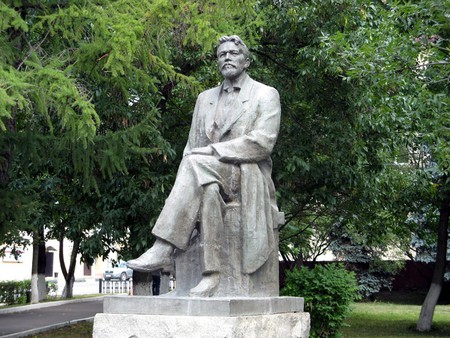 Death of a Statesman

A very short and humorous story with a simple plot. Low-ranking official Chervyakov suddenly sneezes on the person sitting in front of him. He recognises that person to be General Brizzhalov, a government official well above Chervyakov in rank. Although the general dismisses the situation and quickly accepts an apology, Chervyakov is bothered by his actions. He goes to the general’s office the next day to apologise again and the general, trying to get rid of the unwelcome visitors, starts screaming. The devastated Chervyakov goes home, lies on the couch and dies. An improbable end, but an eager stab at the state system.

Two old friends and their families meet at the train station, one of them thin and the other fat. The two are happy to see each other and to catch up on old news. As they start discussing careers, it turns out that the fat friend has achieved much higher status in the state service system. The thin friend suddenly changes and starts addressing his friend with all sorts of pleasantries, modestly speaking about his life and family, trying to be as humble as possible. Eventually the fat friend becomes increasingly uncomfortable and quickly bids his goodbyes. 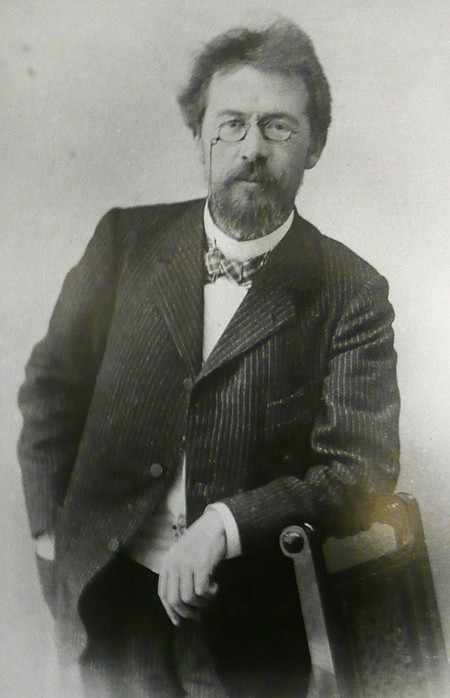 A comical story that exposes the hypocrisy of people and with a comic twist, mourns the values that rule society. A man gets bitten on the finger by a dog. Hoping to make something of the situation, he plays the victim and calls out for help. A passing by policeman, Ochumelov, hears the screams and wants to exterminate the dog. His plans suddenly change when a person in the crowd suggests that the dog belongs to a well-known general. Ochumelov swiftly changes his mind and wants to return the dog to his owner, making sure that his name is mentioned. As the crowd keeps discussing whose dog it is, Ochumelov changes like a chameleon, continuously shifting his anger back and forth from the bitten man to the dog, showing that his loyalty lies not with the law, but with pleasing high ranking officials.

The Man in a Case

It seems unusual to be able to fit an entire person’s world into just one case, but the main character Belikov does just that by willingly living in a world of fear. He is scared of everything new, complains that people lived better before and doesn’t want to know anything that he has no need knowing. He doesn’t make friends and scares the people around him. Everything Belikov owns is kept in a case for safekeeping, and when he goes outside he pulls up the collar of his jacket as if to cover himself in a sort of casing. He continues to live life this way until his death, when he is buried in a case of his own – a coffin.