Interesting Volgograd Facts You Should Know 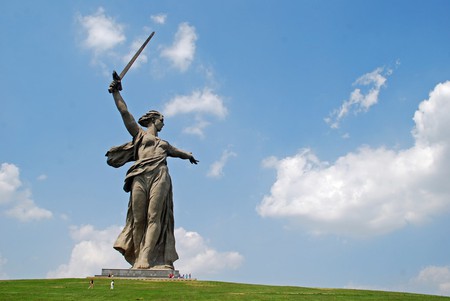 Volgograd was a strategic stronghold during the Second World War, a conflict which remains imprinted on the city. Discover Volgograd’s tumultuous past through these fascinating facts.

Volgograd used to be called Stalingrad

Many cities received name changes during Soviet times, and Volgograd is no different. In the mid-16th century, the city was founded as Tsaritsyn. It then adopted the name Stalingrad in 1925 to recognise the role Stalin played in defeating thef the anti-communist White Army during the Russian Civil War. The city received its current name in 1961 under Stalin’s successor, Nikita Khrushchev, and his de-Stalinisation programme. 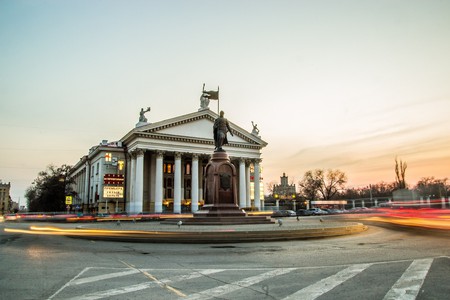 Volgograd was nearly destroyed during WWII

Called Stalingrad at the time, the city was the site of one of the bloodiest battles of human history. The Battle of Stalingrad, part of the Great Patriotic War (as it is known to Russians), took the lives of an estimated 1.9 million soldiers. Hitler wanted to secure a route to the oilfields of Caucasus and so directed an offensive into Stalingrad. The Nazi leader’s aggression was met by Stalin’s iron-clad will; he famously ordered his forces to take ‘not one step back.’ After five months of carnage, the Red Army finally managed to defeat the Nazis, but not without an epic loss of life. 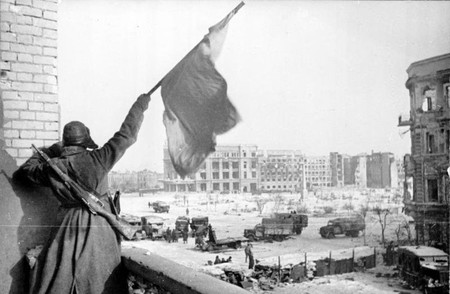 Volgograd is home to the world’s tallest female statue

Built on a former battleground, The Motherland Calls is a gigantic monument commemorating the Battle of Stalingrad. It depicts a courageous, sword-wielding woman, which is supposed to represent the motherland calling upon her citizens to defend their land. At the time of construction, in 1967, the figure was the tallest free-standing statue in the world, stretching 85 metres (279 feet) into the air. However, that title has now been taken, but The Motherland Calls reaming the tallest statue of a female, which is still pretty cool. 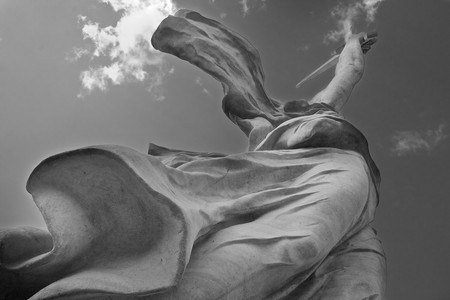 There are several memorials scattered around town that contain the remains of soldiers who lost their lives in battle. The largest grave is found at Mamayev Kurgan, which is the final resting place for the thousands of soldiers who died fighting in the Battle of Leningrad for 900 days between 1941 and 1944. In 2012, 17,000 names of the then unnamed soldiers were etched onto a memorial wall. The Motherland Calls sits atop Mamayev Kurgan. 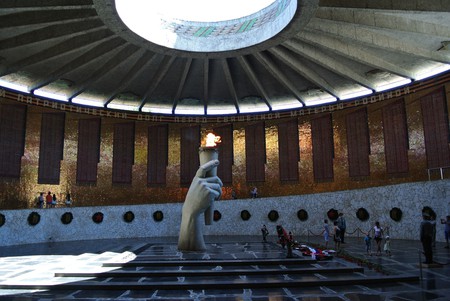 There are several mass graves in Volgograd | © seamor / pixabay

Volgograd was completely rebuilt after WWII

The siege on this city during WWII nearly destroyed it. As a result, Stalingrad required rebuilding after the war. Some of the top Soviet architects were employed to design a city plan that incorporated both the needs of its residents as well as celebrations of the city’s war efforts. Stalingrad was rebuilt so that the city’s districts were connected by roads that ran parallel to the Volga. These roads are broken into immense squares and blocks with epic buildings and monuments to remind city-goers of its victory. 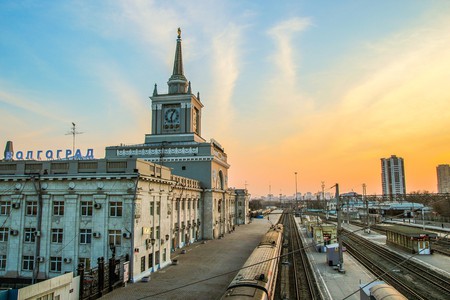 Stalingrad was practically rebuilt after the WWII | © petrraidrus / Pixabay

Sniper Vasily Zaytsev killed 225 Germans during the Battle of Stalingrad and the 2001 blockbuster Enemy at the Gates, is based on his war efforts. Jude Law featured in the starring role of the film. A shrewd and tactical warrior, Zaytsev fought in the conflict until mortar attack damaged his vision in 1943.

Volgograd has a ‘dancing’ bridge

The city’s first bridge to go over the Volga only opened in 2009. The Volgograd Bridge took 13 years to build at a cost of £275 million. Not long after its opening, motorists reported being bounced around the bridge during strong winds. As a result, the structure has been nicknamed ‘The Dancing Bridge’.