Igor Stravinsky: The Master Of Self-Reinvention 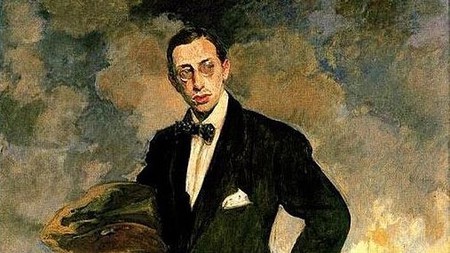 The raucous response to Igor Stravinsky’s ballet The Rite of Spring certainly makes for a sensational story. We are told that at its premiere on May 29, 1913 the booing and catcalls from the audience were so loud that the dancers couldn’t hear the orchestra. The police even had to be called to quell the uproar. The fierce reaction to The Rite of Spring has solidified it as a landmark work. But how far are these accounts of the opening night riots to be trusted? In his new critical biography, Jonathan Cross vividly recounts the life and works of one of the 20th century’s leading composers, while always retaining a sceptical eye. 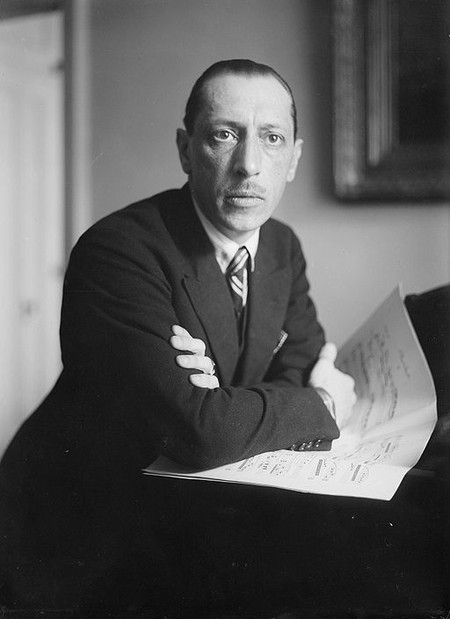 The words ‘Stravinsky later claimed…’ show up frequently in Jonathan Cross’ new critical biography of the composer. The basic facts of Stravinsky’s life are not difficult to discover, but as Cross points out, uncovering the ‘real’ Igor Stravinsky is a more difficult task. Stravinsky was ‘the master of self-reinvention’, who almost obsessively shaped his image to suit his own purposes, as the following extract reveals:

Igor Stravinsky. Portrait by Jacques- Émile Blanche. 1915. On the shore of the fashionable resort of Deauville, pausing just for a moment before moving on to his next society engagement, stands Stravinsky the French dandy. He is sporting a bow-tie, blazer and handkerchief, neatly creased trousers with turn-ups and spats. His shirt is undoubtedly made of silk. Over his arm a brown coat hangs loosely as he clutches a felt Homburg. His look is preoccupied, as befits a serious artist, his expression exaggerated by a pencil moustache lining his upper lip. The wooden cane on which he leans is an accessory long in vogue with the gentry. A sophisticated modern man looks back at us, tall, elegant, aristocratic, in command of himself and his image.

The imprimatur of Blanche, a respected society portrait painter, was important for Stravinsky. He did the great service of representing the composer as he wished himself to be seen. The spectator’s viewpoint is here placed relatively low to exaggerate the subject’s height. The reality was rather different. Just 160 centimetres tall (5 feet 3 inches), Stravinsky had been deeply sensitive about his diminutive stature all his adult life. Maybe his preoccupation with a stylish, expensive and aggrandizing appearance in imitation of an upper-class gentleman was a defensive strategy of distraction.

From around the same time as Blanche’s portrait comes a rather different picture of Stravinsky recorded by Romain Rolland:

‘He is small, sickly looking, ugly, yellow-faced, thin and tired, with a narrow brow, thin, receding hair, his eyes screwed up behind a pince-nez, a fleshy nose, big lips, a disproportionately long face in relation to his forehead.’

Beneath his clothes, however, his body was lean and lithe. This is confirmed by a photograph from 1930 of the composer approaching the age of 50, alongside his son Theodore, both displaying their youthful, bronzed, muscular torsos. Stravinsky had always been vain to the point of narcissism. His daily regimen throughout most of his life began with physical exercise. He clearly took care of his body. And he obviously enjoyed posing for photographs. He was not even immodest about sharing with family members photographs of himself in the nude – immodest, verging on cruel, it might be said, given that some of these pictures were taken by his mistress Vera Sudeykina while he was on holiday with her and not his wife.

Stravinsky’s family, friends and professional acquaintances were often struck by his appearance and recorded this in letters and diaries. Newspapers frequently commented on his sartorial choices. His niece Tanya, who lived with the family for almost a year in the mid-1920s, was a keen chronicler of her uncle’s wardrobe: ‘He dresses stunningly and has a vast number of neckties’, she wrote to her parents. In 1924 Jean Cocteau catalogued Stravinsky’s many modish accessories, but was also quick to recognize that these were just a part of his world of appearances:

‘Rings, gaiters, scarves, half-belts, ties, tiepins, wristwatches, mufflers, fetishes, pinces-nez [sic], monocles, glasses, chain bracelets, describe him badly. Put simply, they prove on the surface that Stravinsky goes out of his way for no one. He composes, dresses himself, and speaks as he wishes.’

They may well prove that. But these various portraits also demonstrate just how far it mattered to Stravinsky to be attired à la mode du moment. Part of this may well have been motivated by a fear of being perceived as provincial, as out of step with sophisticated post-war Paris society, a feeling that lay equally behind his musical move in the 1920s away from Russia and towards an alignment with the classics of western European music. But principally it was because he was a man of his time, in dress sense as well as in music, and he wanted above all else to be recognized as a modern.

Stravinsky’s cult of self and body reinforced an obsession with his own health that stemmed from his childhood. Like his mother, he was a hypochondriac. On a number of occasions in his life, though, he came close to death, most famously following the premiere performances of The Rite of Spring when, apparently after eating a bad oyster, he contracted typhoid fever, the same infection that killed his brother Gury just four years later. Medical bills and who was to pay them are a recurring motif of his correspondence. But he did not help himself with his fondness for cigarettes, fine wine and convivial dining. This was all part and parcel of being with the in-crowd. In St Petersburg he had already developed a penchant for the nightclub, and it was at such venues in Paris that he would meet the influential people who liked to keep the company of this celebrity composer and who, in turn, would be most useful to him. The drunken celebration that followed the successful opening of Pulcinella at the Opéra in 1920 is just one example of the many wild, society evenings in which he participated. It is also possible (though accounts vary) that it was on this particular occasion that Diaghilev introduced Stravinsky to Gabrielle ‘Coco’ Chanel.

Cigarettes were an important part of the image Stravinsky projected. He used a long, gently curved cigarette holder made, as Theodore recalls his father telling the family, ‘from the beak of an albatross’, ‘very, very valuable’, and with which he was frequently photographed. The cigarette had become as much a symbol of desirable, liberal, post-war chic as the flapper and the motor car, especially since it was increasingly marketed at and smoked by women. Again it mattered to Stravinsky that he was seen to be part of that modern society. His dress and his manner were part of this assimilation. Paris had fallen in love with Stravinsky on the night of the premiere of The Firebird in 1910, and Stravinsky fell in love with Paris. From then on, until he set sail in 1939 to live permanently in the United States, Stravinsky’s success was intimately tied up with the life of the City of Light.