How Will VAR Affect the World Cup in Russia? 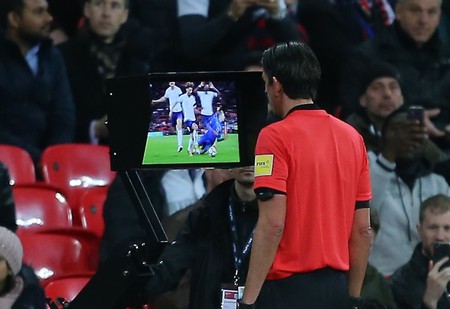 Video assistant referees (VAR) are coming to the World Cup in Russia this summer. What does that mean for football fans?

Every football fan can recall at least one incident of supreme injustice, where the match officials robbed them of their moment of glory. If you’re English, perhaps its Diego Maradona’s ‘Hand of God’ in the 1986 World Cup, or Frank Lampard’s ‘goal’ not given against Germany in 2010. For Irish fans, Thierry Henry’s handball in a World Cup qualifier will still sting sharply, and Italians may get angry even now thinking of Francesco Totti’s red card for diving against South Korea in 2002.

Some say these controversies are all part of the sport, and bring another element of unpredictability and drama to a tournament. But FIFA, the sport’s governing body, says otherwise. At this year’s World Cup in Russia, a new system will be used for the first time in the hope it can eradicate mistakes in the officiating of games: video assistant referees.

How does VAR work?

The concept of video assistant referees is simple, even if the execution usually proves more complicated. The video referee is supposed to act in the same manner as any other official on the field, advising the main ref if they make any crucial mistakes.

The video refs communicate with the officials on the field via audio link. VAR is used automatically in the instance of a goal, a penalty, or a straight red card. The system is also expected to help the ref if they have penalised the wrong player. 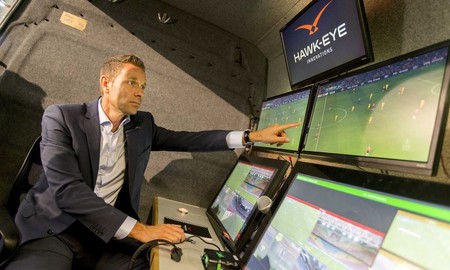 Where has VAR been used?

VAR was first used at the 2016 Club World Cup in Japan and was also trialed in the 2017 Confederations Cup in Russia. This year it has been trialed in Germany’s Bundesliga and Italy’s Serie A. In England the technology made its debut in January 2018 in the FA Cup.

VAR hasn’t been introduced in the biggest club competition in the world yet, the Champions League, and England’s Premier League has ruled out its use for at least two years.

What have been the biggest VAR controversies so far?

The introduction of video referees in football has not been a smooth process, and the system has had many teething problems in its first couple of years. Most of those have been this year, as the system has been rolled out in more leagues and competitions. Perhaps the most troubling incident was in the Bundesliga match between Mainz and Freiburg in April this year. Mainz had a penalty appeal turned down by the referee just before half-time. The half-time whistle was blown and the players headed for the changing rooms. However, the referee was advised by the VAR to look again at the penalty incident during half-time and changed his mind, meaning the players had to go back out onto the field, where Mainz scored the penalty. The players then headed back in for half-time.

One of the major objections to VAR is that the decision-making process is too long. This was evident in an FA Cup match between Tottenham Hotspur and Rochdale. Tottenham’s Érik Lamela thought he’d given his team the lead in the first half, only for the VAR to rule it out after a lengthy delay in freezing temperatures. Replays showed there was little reason for the goal to be disallowed, and the VAR wasn’t finished there. As snow began to fall, Tottenham’s Kieran Trippier was fouled outside of the area, only for the video ref to intervene and say the foul carried on inside the area and a penalty should be awarded, again after a delay. In keeping with the evening’s antics, even the penalty was comical. Son Heung-min paused during his run up and had his penalty disallowed and was promptly booked. But again, the referee had to refer the decision to the VAR, much to the chagrin of the players, coaches, and supporters in the stadium.

There have also been technical difficulties, including a giant flag obscuring the view of the camera used by the VAR in a game in Portugal, and the wrong graphic being sent to TV broadcasters in England which meant fans believed an offside decision was made using a wonky line. 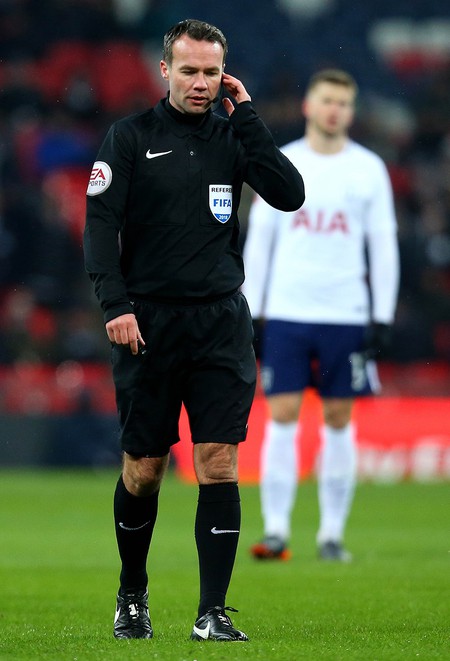 How will VAR be received in Russia?

VAR has, of course, already been used in Russia, at last year’s Confederations Cup. But the World Cup is a much bigger stage and the strongest examination of the technology to date. FIFA has announced that the video ref’s viewpoint will be broadcast on big screens inside the stadia, meaning the fans will at least know what’s going on during the decision making.

That, and the expected heightened security inside stadiums, will be enough to avoid any serious trouble in reaction to controversial VAR decisions inside the stadium, according to journalist Sean Williams, who has written for The New Yorker about football in Russia and Eastern Europe.

He does believe that the VAR system could seriously harm the tournament, however. “One of the biggest issues that worries me about VAR is the sheer confusion it’s going to cause. Most of the players on show won’t have experienced it, and recent domestic league evidence suggests that even those from, say, Germany and Italy, who’ve endured a season of it, will still struggle to know how to react to its use,” Williams says. “I worry that VAR is going to rob this World Cup of its spontaneity and raw emotion, as players, coaches, and fans look dumbfounded at a referee looking at a TV screen.”

The length of time taken to decide on big calls will be scrutinized heavily, as will their frequency and accuracy. “I’m pretty firmly against VAR. But if it must be used it should eradicate terrible decisions rather than borderline ones. Sadly, because nervous referees will likely call on it many times per game, VAR will take far longer than the 20 seconds or so I’d say is the limit, if the game can flow as it should,” says Williams.