How to Survive Moscow's Metro 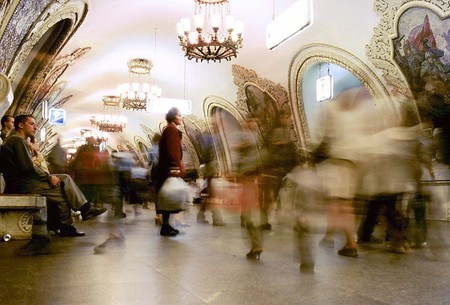 Though Moscow’s metro system has a reputation for its architectural splendour, being the world’s third busiest, it can be intimidating. However, with over 200 stations, it’s also surprisingly convenient when you learn how to use it. Follow these easy steps, and you too can handle the Moscow Metro like a pro.

Get yourself a map

A good color-coded bilingual map is the first thing you should consider buying, if you plan on using the Metro. If you want to go paper-free, there are apps available, such as Metroman or Yandex.Metro. Also, Moscow Metro has an eponymous app of its own, that by the summer of 2018 is set to be available in English, French, Spanish, Chinese, German and Portuguese. To be on the safe side, get both an app and a paper map. 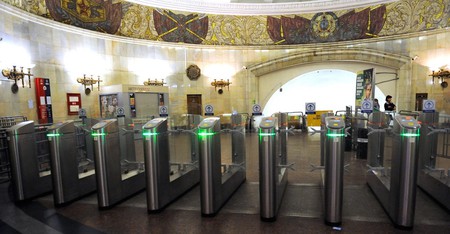 Each of the more than 200 stations in Moscow have the red ‘M’ – meaning ‘Metro’ – marking the entrance. As a rule, there are several entrances to every station – do bear that in mind, as when you agree to meet someone near the entrance to, let’s say, Tverskaya station, central halls inside stations are a far better meeting place. 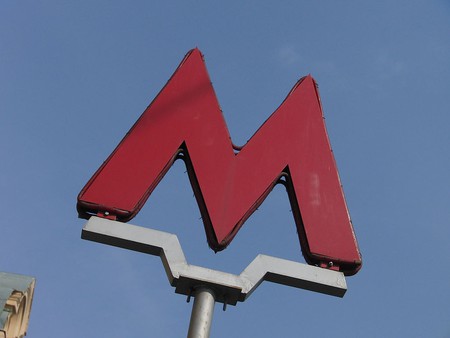 Unless it’s the 2018 FIFA World Cup, where those in possession of a FAN ID can use Moscow’s public transport at no charge, you’ll need a ticket to enter a turnstyle. Moscow’s Metro has no zones, so you pay per ride and can transfer as much as you want, as long as you stay inside the metro. You can purchase a magnetic pass at the ticket office (aka KACCA), or from a ticket machine, where there is always list of prices for 1, 2, 20, 40, or 60 rides, glued to the cashier’s window. As of January 2018, the price for a single ride ticket is 55 rubles (USD$0.97). The more rides there are on your ticket, the cheaper one ride costs. Depending on how long you’re staying, you can either get a paper ‘Ediniy’ ticket, or you can buy a replenishable ‘Troika’ plastic pass. Both can be used not only in the Metro, but on ground transport as well. 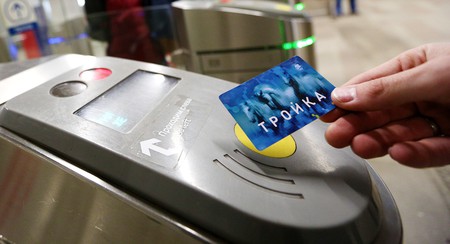 As visually stunning Moscow Metro might be, do try to avoid the rush hour experience at any cost. If you still find yourself in the Metro during the heavy traffic period, prepare to push and be pushed. When using escalators, remember that the right side is for standing and the left one is for walking. While waiting for a train, don’t cross the safety line, otherwise you might fall onto the tracks. Be sure to stay out of the way when the doors of a train begin to close, and don’t block the way when the train arrives at a station. There will be a lot of jostling and jolting on the way, so keep your balance by hanging onto a handrail. 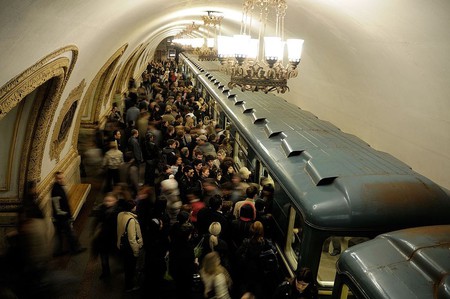 When you travel from station to station, listen to announcements which are made for each stop in Russian and English. To be on the safe side, count stops and check your Metro map. 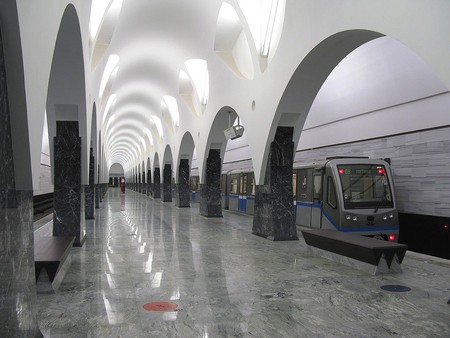 What to do if you fall onto the tracks

Let’s hope it’ll never come to this, but if such a thing does happen to you, follow these three rules. Firstly, don’t ever touch the third rail (usually you can’t see it from the platform), which carries 825 volts of electricity. Secondly, if there’s no train to be seen or heard, run in the opposite direction from where the train enters the station to the far end of the platform – the driver will have enough time to stop the engine. Thirdly, if the train is already close, lie face-down with your head towards the train right right into the pit between the tracks – there’s enough clearance even for a larger person.