How To Spend a Summer Day in Moscow, Russia 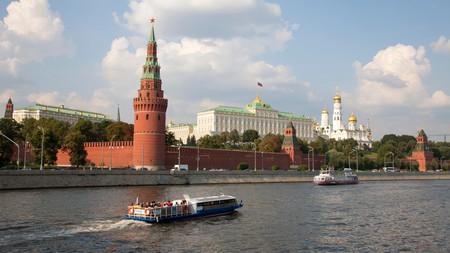 The Kremlin stands on the banks of the Moskva River | © infocusphotos.com / Alamy Stock Photo

During the summer, Moscow comes alive with riverside parties, shashlik kebabs grilling in the park and ice-cream stands on every street. In 24 hours, you can stroll around Red Square, explore pre-revolutionary architecture and take in a stellar sunset. 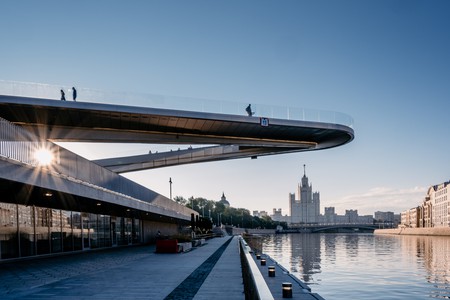 Have a northern-style breakfast

Start your day with breakfast at Severyane (Northerners), a relative newcomer to the Moscow restaurant scene that’s made a splash with creative cuisine baked in traditional Russian ovens. Grab a table by the big french windows, which during the summer open onto pastel-coloured Bolshaya Nikitskaya Ulitsa, and enjoy smoked salmon potato pancakes or hot chocolate with rosemary – all made with fresh local ingredients. 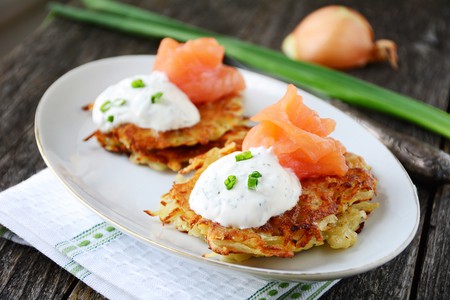 Visit the heart of Russia

From Severyane, it’s a five-minute walk to the city’s historic centre. Red Square, named for the towering red walls of the Kremlin that run alongside it, is a fascinating slice of Russia’s layered history. In addition to the Medieval Kremlin, which also houses the modern political elite, is Lenin’s Mausoleum (free to visit, but expect to queue), where the revolutionary leader’s body is still improbably preserved.

A short walk away is the 16th-century St Basil’s Cathedral, said to be designed to look like the flames of a bonfire reaching to the sky. Opposite the Kremlin is the 19th-century GUM (an acronym for State Shopping Centre). Transformed since the Soviet era, which saw it selling sparse goods to long queues of citizens, it is now a haven for luxury brands, as well as home to a budget breakfast option in the form of USSR-style canteen Stolovaya 57. 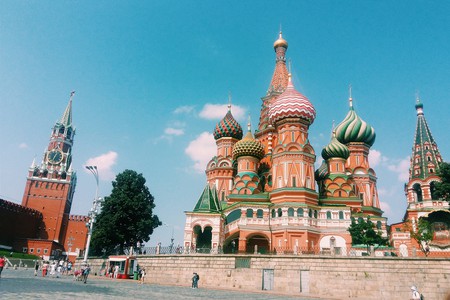 See the best of Soviet Moscow

Catch the metro from nearby station Biblioteka Imeni Lenina to Vorobyovy Gory (Sparrow Hills), the location of Russia’s top university. From the metro station, head up through the forested park to the viewing platform, where you’ll find stunning views across the river to the city. Behind you is the imposing Moscow State University’s main building. An impressive 36-storey Stalinist monument to a Soviet future built using Gulag labour, the star at its top is large enough to house a small room. It’s rumoured that in the many passageways that lie beneath it is a hidden entrance to the fabled Metro 2, a secret second metro system built to whisk the political elite to their emergency bunkers. 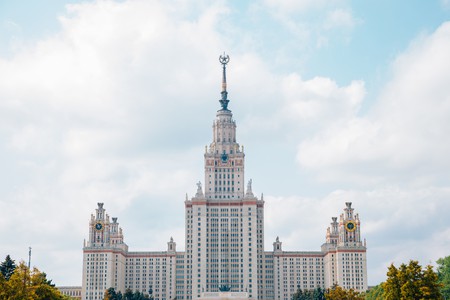 Head back down to the river and turn right for a pleasant five-kilometre (three-mile) walk to Gorky Park (or save time with the T7 bus from the lookout point). The country’s first major public park, Gorky Park was intended to promote healthy pastimes in its citizens. After a 2011 makeover, it’s now a vibrant modern space with a busy programme of festivals, concerts and classes throughout the summer.

Ice cream in Russia has long been a matter of national pride. At Chaynaya Vysota (Tea Heights), you can find an adventurous Russian twist on the dessert to accompany your wander around the park, with flavours ranging from elk milk to dandelion honey. 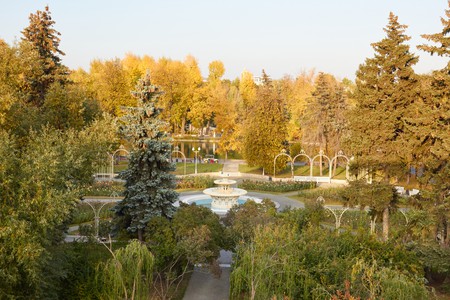 Moscow’s Gorky Park is made up of distinct areas, including a rose garden | © Max Ryazanov / Getty Images

After a morning stroll in the sun, a refreshing glass of kvass – a traditional Slavic soft drink made from bread – might be in order. One stop on the metro from Oktyabrskaya to Tretyakovskaya (or a half-hour walk) will take you to the old Moscow district of Zamoskvorechye (meaning Over the River Moskva), once home to many merchants and craftsmen and one of the best-preserved pre-revolutionary areas of the city.

Get a table on the terrace of Korchma Taras Bulba on Ulitsa Pyatnitskaya for some Ukrainian cuisine as seen through the eyes of Moscow. Its larger-than-life rustic atmosphere, packed with miscellaneous jars and colourful embroidery, is the perfect accompaniment to some unusual flavours. Try the vegan borscht with smoked pear or the dill and cheese vareniki dumplings, washed down with a cool mug of kvass or the house beer. 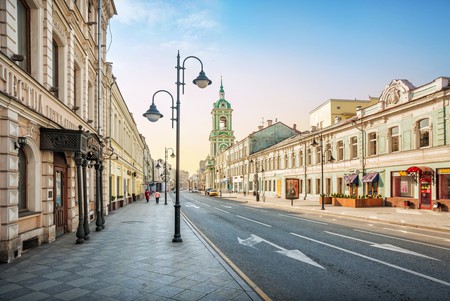 A short hop away on the orange metro line is Kolomenskoye Park, a former royal estate that’s now an outdoor museum of pre-revolutionary architecture and a favourite picnic spot for Muscovites. Looking out across the steep green bank of the Moskva River, the oldest building in the park is the UNESCO World Heritage-listed Church of the Ascension, a soaring ensemble of arches and galleries built in white stone but based on the wooden churches of the Russian north. In the early Soviet era, buildings from across the USSR were transported and rebuilt here. A re-creation of the fantastical 18th-century Wooden Palace, a residence of Tsar Peter the Great, is a particular highlight. 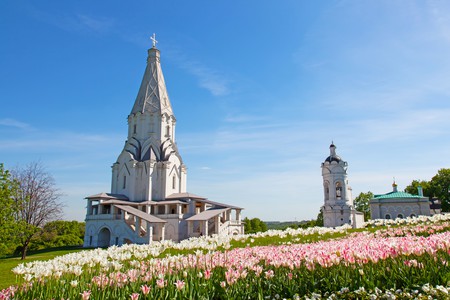 Taking the orange line back into the centre, get off at Tverskaya, where it’s a short walk to the glittering, café-lined Ulitsa Bolshaya Dmitrovka. In a quiet courtyard just off the street, you’ll find LavkaLavka, a restaurant that’s made its name by focussing on local ingredients – if you take a seat on the patio, you might bump into one of the farmers that supply them. Among the Russian-with-a-twist dishes are ‘pancake tapas’, with a selection of traditional toppings like caviar and beetroot salad, forest mushroom pie and even elk leg with blackcurrant. It has recently expanded next door to create a space dedicated to its favourite bread-based spirit, polugar. Try it neat in flavours such as horseradish, cherry and black bread, or in its creative cocktails; LavkaLavka claims to have a flavour for each letter of the alphabet – if you’re up for practising your Cyrillic. 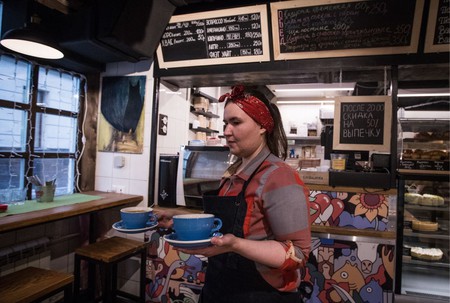 Watch the sunset from the Boulevard Ring

Head back towards the metro station, and then turn right for an evening stroll through Moscow’s leafy boulevards. One of the most positive urban legacies of the Soviet era is that Moscow is a city full of greenery, and the Boulevard Ring circles the city centre with tree-lined paths where Muscovites love to meet.

An unexpected side effect of the campaign to plant as many of the resilient poplars as possible has been Moscow’s ‘summer snow’; in May and June, fluffy poplar seeds known as pukh carpet the streets, causing havoc, the occasional allergy and some picturesque sunsets.

A 30-minute walk along the boulevard will take you to the small lake at Chistye Prudy (Clean Ponds), in an area that in the ’90s was the city’s definitive alternative district. Here, you’re spoilt for choice with a wide selection of bars to grab a cocktail beside the lantern-bedecked lake, or even on it in the case of Shatyor – a café, restaurant and bar 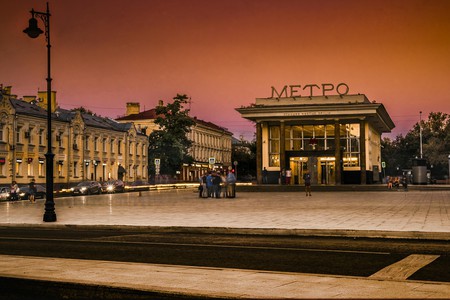 Dance beside the Moskva River

A short metro ride from Chistye Prudy to Kropotkinskaya takes you to the grand, gold-bedecked Cathedral of Christ the Saviour; across the bridge is Bolotny Island, home to some of Moscow’s best nightlife. Formerly a chocolate factory, the Red October complex is now frequented by the city’s creatives, who come here each weekend to enjoy the range of riverside bars. Make the most of the summer night at the nearby club Gipsy, where the roof rolls back in good weather so you can party under the stars and watch the sunrise. 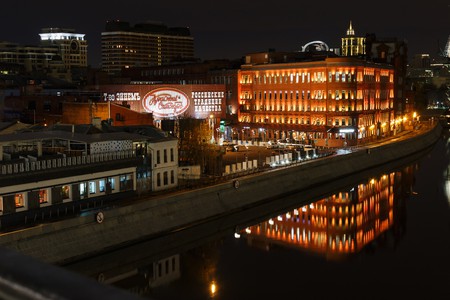