How to Explore the Ancient Silk Road in Russia 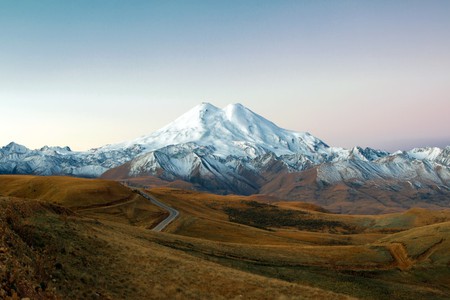 The Silk Road is a network of ancient trade paths that was once the main route connecting the East to the West. The well-worn roads snake around hulking mountain ranges and through remote plains as they traverse centuries-old scenery in some of the most remote parts of the globe. To get into Europe, merchants and traders had to pass through hard-to-reach Russian locales, and these routes can still be retraced today. Here’s what you need to know to get the most out of one of the world’s most epic trips.

The trade route was formerly established sometime during BC times, and the journey could be treacherous at times, due to volatile international relations between nations along the way. Originally, it started in Xi’an and traced the Great Wall of China into Afghanistan. From there, the road passed through Middle Eastern and Mediterranean countries and then onto Europe. Trading routes grew and adapted to the demands of trade. Eventually, a matrix of paths connected far-flung nations across Europe, the Middle East, Central Asia, and Southeast Asia, which then connected to maritime routes that joined Oceania, Africa and parts of Asia to the northern hemisphere. 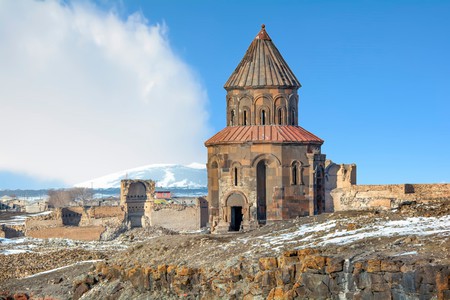 Why was it made

It was initially created to transport goods and ideas between China and the Roman Empire, which then grew to encompass surrounding regions. Everything from silk to wool to precious metals to religion and disease travelled the network of roads, and it was how culture, technology and belief systems were passed between cultures and countries along the Silk Road, which impacted on how civilisations evolved. It is believed the Silk Route transported Christianity and Buddhism into China from India and transmitted the plague into Europe. 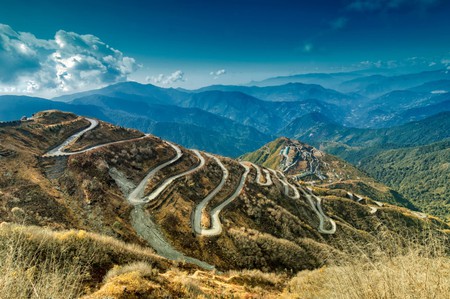 One of the ways to pass from Asia into Europe is through southern Russia, which is full of dramatic scenery that remains unchanged by time. It passes through the Great Steppes, which you should also pass on the Trans-Siberian. This vast belt of savanna and scrublands stretches across China into Hungary as well as parts of Siberia, Lake Baikal and the Urals. It then snakes through into the Northern Caucasus. If you’re keen on retracing this ancient route in Russia, its best to do so by car and a solid pair of walking boots, so you can discover the Silk Road’s nooks and crannies and get even further off the beaten track. 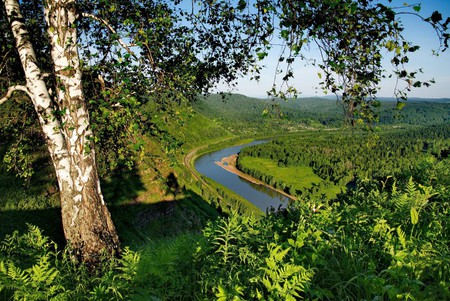 As the Silk Route snakes through Russia, it meanders into southern Siberia and then across to the region’s southwest. Lake Baikal sits to the west and the Altai Mountains border the south. Lake Baikal is the biggest freshwater lake in the world and is spectacular any time of year. Southern Siberia is also home to one of the world’s oldest mountain ranges, the Urals, which have a wealth of hiking opportunities to explore. 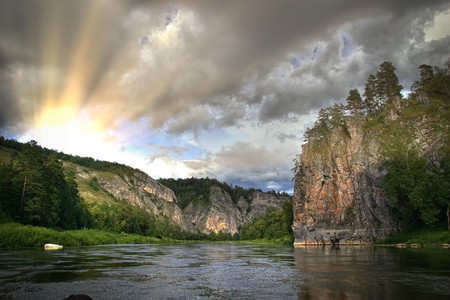 The Republic of Kalmykia

Between southern Siberia and the North Caucasus, there is the Republic of Kalmykia in the Volga region. It is the only Buddhist republic in Russia. It is an under-explored region, and for those intrepid travellers, the republic has natural beauty and a unique culture to discover. Throughout the republic, there are pagodas and Buddhist temples to unearth, and if you are lucky you could chance upon one of the many religious festivals that are celebrated in the region. 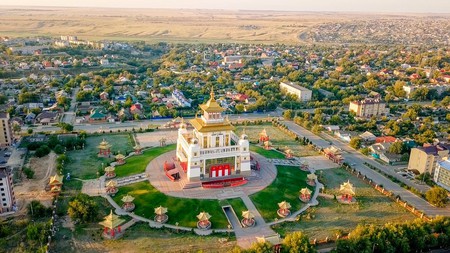 As it continues further south, the Silk Route reaches North Caucasus. This part of the Caucasus is boarded by the Sea of Azov and the Black Sea on the west and the Caspian Sea to the east. There are a handful of Caucus Republics on the Silk Route’s path that may be beautiful but are also dangerous to travel through. Republics such as Dagestan and Chechnya have longstanding volatile relationships, making travel in the republics unadvisable. However, there are plenty of other opportunities to explore the Caucasus’s beauty, much of which is easily accessible through Sochi, where you can also enjoy the Black Sea. 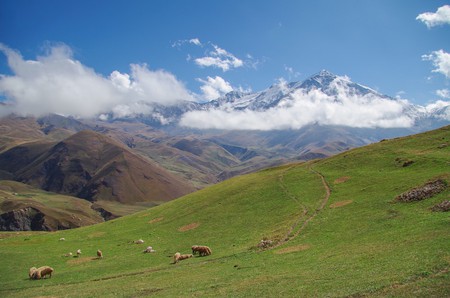 Kurush mountain settlement in the North Caucasus, Russia | © Marisha_SL/Shutterstock
Give us feedback