How the Hippy Movement Played Out Soviet Russia 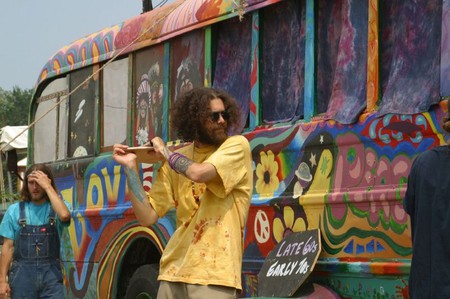 The counterculture movement of the 60s swept across all four corners of the globe. Despite the hippie movement evolving at the height of Soviet Russia’s isolation from the Western world, it still managed to reach and win over many young Soviets. Tired of a regime that regularly failed them, Soviet hippies gravitated away from State allegiances and towards the freedom and liberties of the flower children.

Unlike their American counterparts, and much like the stilyagi, Soviet hippies’ political charge came from being apolitical, despite being born out of that same discontent with authority. While American hippies were loudly protesting the Vietnam War, Soviet hippies quietly moved away from the regime they saw as increasingly corrupt and unjust. They also professed general anti-war sentiment; however, Soviet hippies were more concerned about turning away from a life shaped by the collective good to one that was filled with more individualistic pursuits.

Somewhat ironically, it was the State’s criticism of American hippies that first brought them into Soviet consciousness. Purporting them to be drug-addled reprobates, the Soviet propaganda machine used Western hippies to exemplify the demise of Western culture and morals. However, some young Soviets took a liking to the televised images of the love-beaded, free-spirited people that were being broadcasted into their lounge room. They found it appealing. So, just like the stilyagi before them, who inhaled Western youth culture of the 1950s, the younger generation of the 1960s and 70s soaked up what they could of hippiedom.

Again, like the stilyagi, Soviet hippies used Western clothing and music as a way to separate themselves from the Soviet masses and the proletariat workforce. Unlike their predecessors though, Russian hippies didn’t dance. Uninterested in the regime, they travelled around chasing the warmer weather and concerned themselves with artistic endeavours involving visual arts, poetry and music.

On occasion, the government tried to enforce haircuts and handed out arrests for anti-social behaviour. However, since hippies weren’t gathering to conspire against the regime, there was very little the State could do besides harass them, no matter how much they disliked them. Still, annoyed by their existence, the regime sought to rid Soviet society of them and tried to stop the hippy wave.

In 1971, KGB officers went to known Moscow hippy hangouts and invited them to stage a Vietnam War protest outside the American embassy in central Moscow on the first of June. Scores of hippies turned up for the event, who were then arrested by plain-clothed officers, who were awaiting them. Around 500 hippies were caught in the honey trap, and all of them were detained and faced with various punishments. About half were sent to the Chinese forces to serve with the Soviet forces, some were institutionalised, some were convicted of drug offences. Yet even this couldn’t stop the hippy momentum. 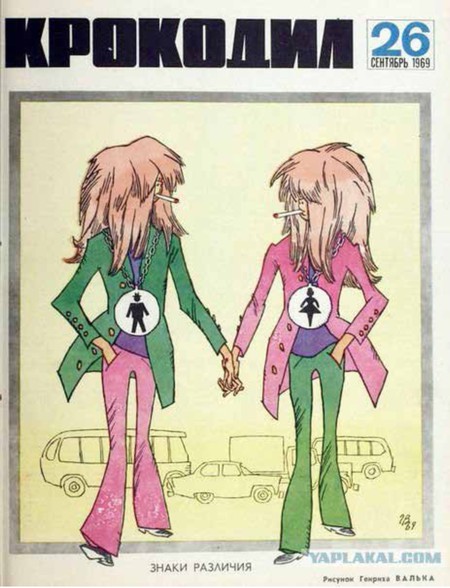 Cover of the Crocodile magazine. Genrikh Valk, 1969. | © Archive of Soviet Caricature and the Russian Blues corporation and HOME

Despite government disdain for the movement, the hippies became the biggest youth culture movement during Soviet times. It may have been born in the underground, but it quickly spread to encompass most young people, even making its way into remote village life.

Subkultura, Stories of Youth and Resistance in Russia 1815-2017, by Artemy Troitsky, co-published by The New Social and HOME.