How #ExploringOssetia is Inspiring Thousands to Explore Russia 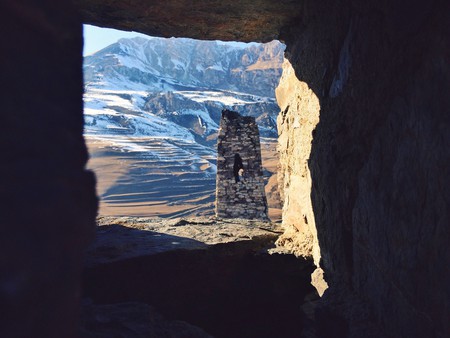 North Ossetia is one of the most picturesque and unexplored areas of Russia, located in the North Caucasus. A large part of the republic’s territory is rich in natural wonders: mountains and gorges, endemic fauna and wild rivers. A passionate hiker, Bat Butaev, showcases it all on his Instagram account, inspiring others to share in the beauty of North Ossetia.

Bat is an office-dweller with a busy travel itinerary. Despite being busy during the weeks, he always find time to explore nature on the weekends. Jokingly Bat calls himself a “weekend hiker”.

When your heart is a stranger. #exploringossetia

He never intended to start an account just for the sake of promoting travel to North Ossetia. It was simply designed to share the breathtaking nature that he encounters on his walks and some of the beautfiul details that can be seen in everyday life.

In Bat’s opinion, the definition of beauty is relative. We all define it in our own way. There is something for everyone in North Ossetia, especially for those who enjoy untouched nature, mountains, raging rivers and waterfalls.

The key to a successful trip is to plan out a route through the most picturesque and atmospheric areas of the region, making the most of your time there. Then the trip will certainly be unforgettable. Among his favourite locations in North Ossetia are the Tsey gorge, the Rekom sanctuary and the monastery in Kuratinskoe gorge. For those ready to practice some Russian, Bat has contributed a concise guide for North Ossetia in a travel blog.

Every picture has its own story and every hike is a new adventure.

But if Bat had to single out one picture that he could call his favourite, it would be the one below. This picture was taken in the Kuratinskoe gorge in October 2014. Bat shared the story: “We arrived with a friend to the mountains and decided to take a walk around and climb a little higher. We were so engrossed in the beauty surrounding us, we didn’t even notice the actual ascent onto the mountain. This picture was taken as we were coming down”.