History of a Painting: 'The Black Square' by Malevich 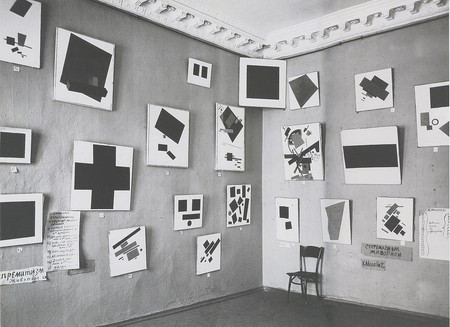 "The Black Square" at the 0,10 exhibition in Petrograd | via Wikimedia Commons

Although The Black Square by Kiev-born artist Kazimir Malevich is considered a centrepiece of Russian modern art, it is also one of the most controversial. For some viewers, it seems like a painting that a four-year-old could have done with a ruler. Perhaps rightly so, but in truth, there is so much more behind the dark surface of the painting that can be best understood with some background knowledge.

The artist, Kazimir Malevich, was constantly searching for the right form of artistic expression, moving through various modern art movements ranging from Impressionism to Cubism. Eventually, Malevich became a part of the Futurist movement that was thriving in Russia at the start of the 20th century. Artists, poets and musicians were rejecting the past – all the established systems in the Western world. They felt that their country was on the brink of revolution, a complete change of social regime. Like his Futurist colleagues, Malevich stopped seeking answers from the past; instead, he denied it all and came up with a new artistic system. 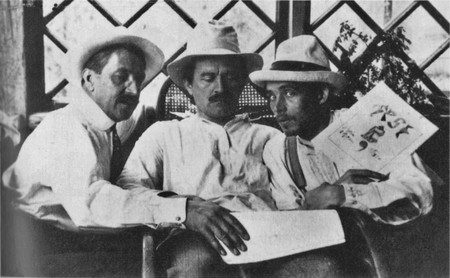 Malevich (centre) with his Futurist colleagues | via Wikimedia Commons

In 1915, Malevich begins work on the first Black Square painting, and in the next ten years completes another three variants of the painting. The work was first presented in 1915 at the Last Futuristic Exhibition of Paintings 0,10, where Malevich’s Square hung in the corner of the room, similar to a Russian icon. Malevich announced that this new style of painting was to be called Suprematism and was to be ruled by simple geometric forms. The visual depiction of an object was not considered important, it was the artistic feeling that was supreme.

"The Black Square" at the 0,10 exhibition in Petrograd | via Wikimedia Commons

Now, even though it was the feelings that were important, not the visual expression, the depiction of The Black Square is not so simple in itself. It took Malevich months to complete the first version. The square is not a square really. After careful examination, it becomes obvious that the square is not perfect and was not completed with a ruler or any other instruments. It was also not the artist’s first idea for this work. Expert analysis uncovered that underneath the layer of dark colour, there are two other colourful paintings. This is why the earliest version of the black square is now starting to peel – the layer of paint is too thick. 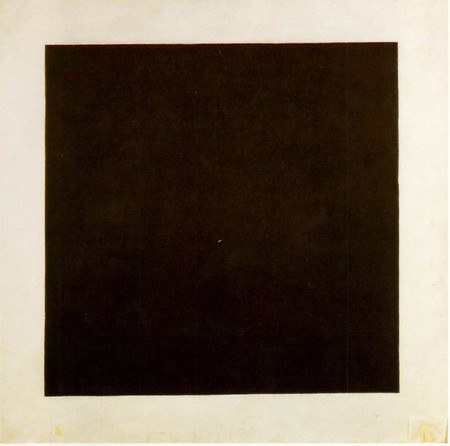 Although Malevich and some of his students were the only followers of the Suprematism movements, The Black Square became iconic. There is no exact interpretation of what it really stands for. Some say it was a symbolic end to all art before it and ‘ground zero’ for the new movements to come. Some call it a revolutionary symbol, foreshadowing the 1917 socialist revolution in Russia. Whichever it may be, The Black Square retains its place at the centre of Russia’s modern art history.

There are four versions of The Black Square that were completed by Malevich, all housed in Russia. The first one dated to 1915 can be seen at the State Tretyakov Gallery in Moscow. The 1923 version can be found in The Russian Museum of St Petersburg. The 1929 version is in the New Tretyakov Gallery also in Moscow. The final version dated the late 1920s–early 1930s is displayed at the State Hermitage Museum of St Petersburg.