Historical Spots in Sochi Only Locals Know About 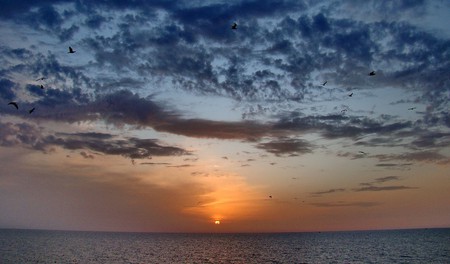 The city of Sochi is considered to be one of Russia’s warmest cities located in the southern part of the country.The modern Sochi area is one of the main sports and cultural centres of the country, the busiest seaside resort and port, and a foodie paradise. However, if you’ve already seen all the major sites of the city during your World Cup 2018 visit, we highly recommend you to look at the following attractions, famous mostly among the local population.

This temple is the ancient remains of an old Byzantine temple close to the Loo village. It went through a serious renovation and reconstruction process 20 years ago, and finally turned into a small historical fortress. According the Russian history, this temple is historical proof of the belief that the Christianity came to the North Caucasus long before before Islam.

Resort, Spa Hotel, Hotel
Facebook
Email
Twitter
Pinterest
Copy link
Share
Map View
This local gem is located right in the heart of Sochi and constructed in the best ways of classic Stalin Empire architectural style. This historical Sochi hotel and resort was named after the famous Mr. Sergo Ordzhonikidze, who was responsible for the the heavy machine industry during Soviet times.
Open In Google Maps
Sochi, Russia
Give us feedback

The locally-famous Akhun Observation Tower was constructed back in 1936 by the famous Soviet-era architect Serge Vorobiev. Since then it has become one of the most fascinating spots to visit in the Sochi area. You basically can see this tower wherever you are in Sochi. The observation terrace is open every day and the opening hours might vary depending on season. We highly recommend you to check the weather before you head towards the mountain.

The Winter Theatre of Sochi

The Winter Theatre of Sochi was constructed back in 1937 and became one of the most important concert and event venues in the area. Even nowadays the doors are open weekly for major music and theatre events, brought to the city from all over the world, however it’s mostly famous among locals, and is little-known to foreigners. We highly recommend you to check this place out to view its amazing Stalin-era architecture style of the 20th century.

Park
Facebook
Email
Twitter
Pinterest
Copy link
Share
Map View
This natural park is open from Monday to Sunday and is located right in the heart of the town, near the embankment. This modern park area is considered to be one of the biggest arboretums in the world and is a home to various number of exotic plants, trees, flowers, as well as birds and other animals. Take a walk near the pond in the lower area, and view the life of local swans and pelicans and feed squirrels.
Open In Google Maps
74 Kurortnyy Prospekt, Sochi, Krasnodarskiy kray, 354002, Russia
+78622621842
Visit Website
Give us feedback
Give us feedback