Here's Why Soviet Ice Cream Was The Best In The World 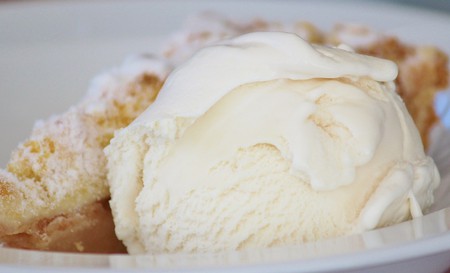 Traditional Soviet era ice cream was so famous in USSR that even nowadays old Russian food factories are trying to produce similar kinds using old recipes. Back in the old days, even foreigners knew about the amazing ice cream and would say there are just three reasons to visit USSR: The Russian ballet, the state circus, and ice cream. But what exactly made it so popular? Here’s the answer.

Back in ’30s, the Russian state made some different changes in the food policy of the country and established standards of ice cream production. According to the new rules, the factories were allowed to use only fresh ingredients, no chemical additions. That’s why the ice cream had a particularly fresh milky taste. Plombir, Chocolate Eskimo, and Lakomaka were kinds of ice cream popular among children and their parents. 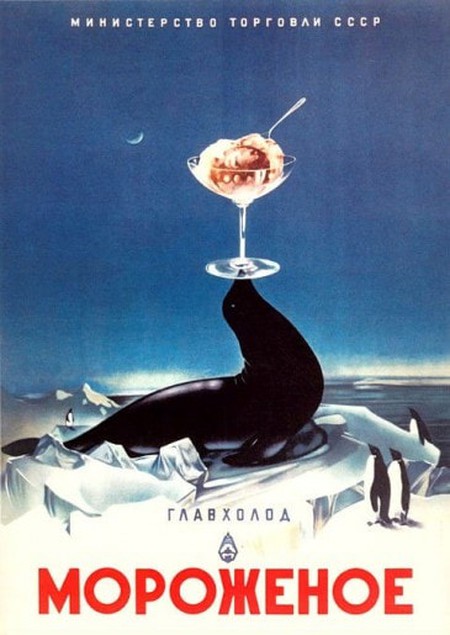 Soviet era ice cream was sold in small shops, cafes, and little kiosks outside in a small packages of 50, 80, and 100 grams. Soviet-style cafes served it with toppings, where you could order ice cream with chocolate, caramels, fruits, and nuts. There was a limit per person in one place. GUM department store located in Moscow was considered to be one of the most popular and centrally located with their own culinary ice cream; the whole country knew about it. GUM was the first with Russian creme-brulee, vanilla and chocolate ice cream covered in the tasty waffle cup, and it was undoubtedly one of the most popular deserts among visitors. 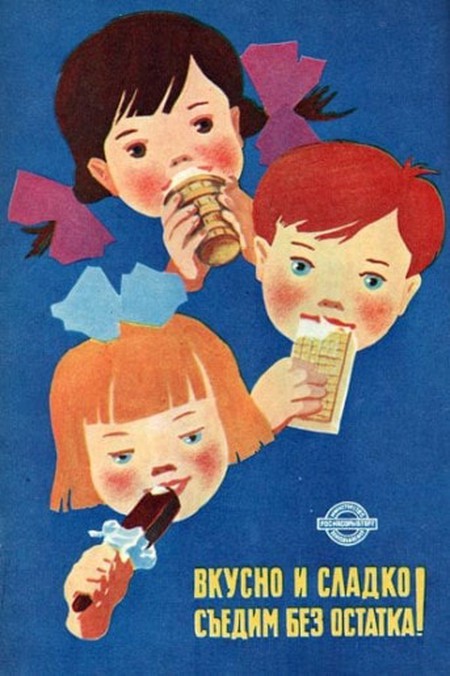 Soviet era ice cream was also famous for changing its package according the season and creating different advertising campaigns, for this reason, back in ’50s, you could easily find an eskimo ice-cream wrapped in silver foil with a beautifully designed sticker; posters with different animals would adorn kiosk walls. For example, one of the most famous posters was a poster of a seal and a polar bear both eating an ice cream. Plombir and Lakomka were the most expensive in the USSR, their price varied from 26 to 50 kopecks (Russian cents), and both were cooked exclusively with high-quality milk and chocolate with natural toppings and additions. Russians loved to eat it with honey, local jam, and fruits. The price of a local sorbet varied from 7 to 12 kopecks and was sold in a coloured paper. It was famous among adult population of USSR. 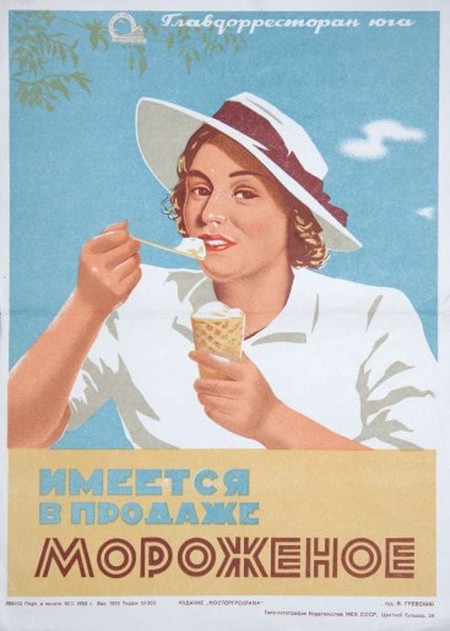 Unfortunately the end of Soviet era ice cream arrived quite fast. Early in the ’90s, when the USSR state fell apart, the country became interested in imported ice creams. Nowadays, the interest in old Soviet era ice cream standards has grown again, and many factories are starting to use old recipes to create high quality, milky ice cream.

Find out more about how the Soviet era shaped the history of Russian cuisine.