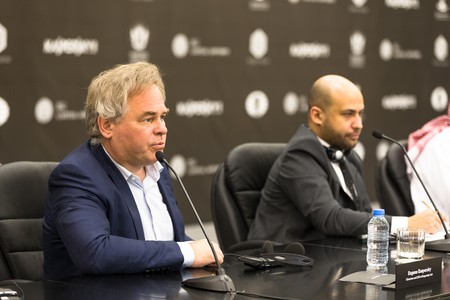 According to the release, “The partnership between Kaspersky Lab, FIDE and World Chess will include complex cybersecurity protection for FIDE headquarters, several national chess federations, chess players competing in the World Chess Championship and the online infrastructure for each tournament. It also includes cybersecurity training for players. Kaspersky Lab’s branding will be visible on all player tables during the matches of the World Chess Championship 2017-18.”

Like other sports, chess has evolved with the times, and technology has begun playing a larger part in preparation for major events. With the increasing use of computers for training and strategy planning, the threat of hacking has grown. World Chess Champion Magnus Carlsen of Norway sought out the aid of Microsoft to keep his strategy private and untouched ahead of his title defense against Sergey Karjakin of Russia in New York City in November 2016. The two were deadlocked after the best-of-12 series and it took Carlsen a series of tiebreakers to retain the title he originally won in 2013.