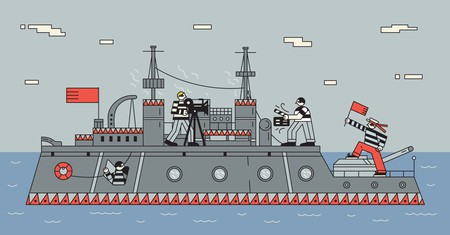 When listing famous directors from Russia, or the former Soviet Union, one man dominates the conversation above all others. Given that Andrei Tarkovsky is also widely regarded as one of the best filmmakers of any nationality, it’s hard to look beyond the formidable influence of the man responsible for the likes of Solaris and Stalker.

We take a look at some other famous filmmakers from the nation, including some leading lights of modern cinema.

Siberian-born Andrey Zvyagintsev is arguably one of the most exciting directors working today. He is adored by critics for his tragic and heartfelt films. Loveless (2017) won the Jury Prize at Cannes and like his previous film, Leviathan (2014), it was nominated for an Academy Award.

Zvyagintsev’s debut, The Return (2003), set a high standard. The story of a father returning home after several years away and taking his young sons away on a journey of discovery won two big prizes at the Venice Film Festival and is regarded as one of the best films of the 21st century. Through his films, the director has managed to show many facets of his home nation, bringing to the forefront an authentic view of Russian life. 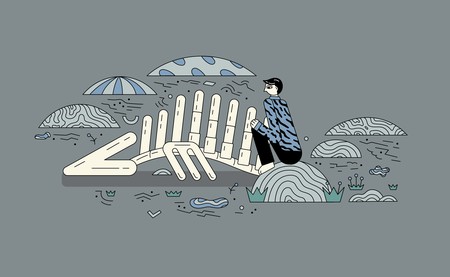 In the early 2000s, Timur Bekmambetov was also making a big splash for his altogether more commercial efforts. The entertaining Night Watch (2004) dealt with superpowers and the forces of good and evil battling one another, all with great special effects. The result was a movie, and subsequent franchise, that put Russian cinema on the map internationally and began to change perceptions of what sort of films the country was able to produce. Bekmambetov’s approach proved so successful that he was soon tapped up by Hollywood to make the Angelina Jolie action thriller Wanted (2008).

That earlier reputation for more contemplative and ‘serious’ fare was well-deserved. Even before Tarkovsky, there were other filmmakers who had cultivated a following among film academics as being pioneers in the industry.

Battleship Potemkin (1925) told the story of a 1905 mutiny on the titular vessel. Sergei Eisenstein’s groundbreaking use of montage was one he felt was crucial to any film. Along with his contemporary fellow Russian filmmaker Lev Kuleshov, Eisenstein’s work was crucial to laying the early foundations of what we now know as ‘film theory’. Many amateur YouTube theorists owe their entire careers to these two men, yet few have heard of them. Although there are some who are able to pinpoint the influence of these men.

Whether you subscribe to the idea that great art can only come from periods of suppression or not, the work of Aleksei German is hard to dismiss. His films, often in black and white or muted colour tones, were well-known for casting a critical eye over historical periods that were otherwise celebrated by mainstream Russian media.

The posthumously released Hard to Be a God (2013) was German’s ultimate sideswipe at what he perceived as the backward nature of some governments of the time. Although ostensibly a science fiction film about a group of scientists travelling to an Earth-like planet that is culturally and technologically several centuries behind our own, the plot gave the director plenty of opportunity to comment on the world around him. This clinical assessment of modern attitudes clashing with the past make his films stand out. It’s hard to imagine any nation where this would have such resonance as post-Gorbachev Russia. 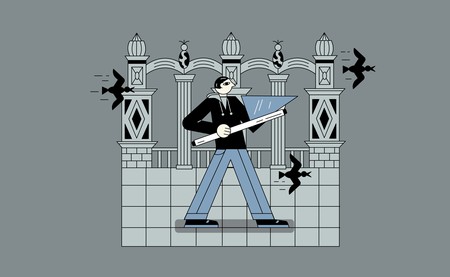 One of the best-known directors on the festival circuit is Aleksandr Sokurov. The filmmaker hails from a military family in Siberia, and his roots play an important role in many of his films. Sokurov first shot to domestic and international fame thanks to his remarkable historical drama Russian Ark (2002), which was filmed in a single, unedited take through the Winter Palace.

Sokurov’s biggest hit was Faust (2011), his take on the German legend. The film was lauded by critics and won the Golden Lion at Venice.

There is an undeniable lack of diversity when it comes to the best-known Russian filmmakers. Even when including the vast nations that made up the former USSR, there are still only a few women that have managed to make films against the backdrop of a society that has previously been geared towards favouring male artists. This bias extends beyond film, and indeed beyond Russia, but can be evidenced in music, art and other creative forms.

One notable exception is Larisa Shepitko, who was a student of celebrated writer, producer and director Alexander Dovzhenko up until his death in 1956. A decade later, Shepitko made her controversial debut with Wings, a film which tells the story of a highly decorated World War II pilot who later on in life comes into ideological conflict with her own daughter. The film stirred great discussion at the time of release, as films rarely, if ever, depicted conflicts between parents and their children.

Shepitko was certainly on her way to becoming a major force in Russian cinema before he life was tragically cut short in a car accident in 1979. Only two years prior, she had won a main prize at the Berlin International Film Festival for another depiction of the reality of Russian life during World War II. The Ascent (1977) won widespread acclaim, with many at the time singling out Shepitko as an artistic rival to Tarkovsky himself.

These directors and their films offer an insight into the Russian psyche that few other art forms can match.