Faith and Football: Training for the World Cup During Ramadan 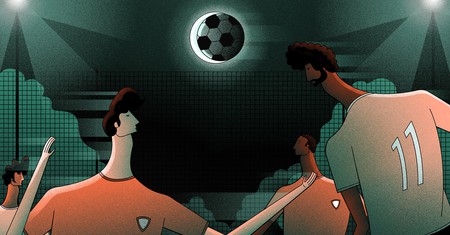 When the World Cup begins on June 14, it will coincide with the end of Ramadan. Among the 736 players at the tournament, many will have spent the month leading up to the tournament fasting, but how much does that affect their preparation, and how accommodating are their teammates, coaches and supporters during this time?

Few could argue with this season’s PFA Player of the Season, Liverpool’s Mo Salah, who has been exceptional in his first season on Merseyside. Similarly, the previous two winners of the Premier League’s top individual award, N’Golo Kante and Riyad Mahrez, were pivotal in leading their teams to title wins. All three fully deserved their accolades and all three happen to be Muslim.

There are around 70 Muslim players in the Premier League, with superstars such as Paul Pogba, Eden Hazard and Salah meaning that Muslim footballers are more high profile than ever before. The Premier League no longer gives out champagne for Man of the Match awards, because of it’s alcoholic content, opting for a trophy instead, while one of the chants Liverpool fans sing for their Egyptian hero even includes the line: ‘Mohamed Salah, A gift from Allah.’

Salah will soon leave his Liverpool teammates and meet up with the Egyptian national team as their World Cup training begins. He, like his compatriots, must balance training with fasting during Ramadan, just like the Saudi Arabia squad, who face Russia in the tournament’s opening game.

While millions around the world will observe the holy month by fasting (no food, drink, sex, smoking or swearing) from dawn to sunset for 30 days, elite footballers are used to a strict, controlled diet all year round that specifically targets the demands of covering around 10-12 kilometres per game.

In 2007, the British Journal of Sports Medicine tested two Algerian professional teams (55 players in total) before, during and after Ramadan. The study found that ‘performance declined significantly for speed, agility, dribbling and endurance, and most stayed low after the conclusion.’ In addition, the ‘shift of food intake and disruption of sleep patterns affect actual and perceived physical performance.’

Speaking to Culture Trip, Dr Zafar Iqbal, head of sports medicine at Crystal Palace FC says: ‘In Muslim countries where the majority of the football players are Muslim and fasting, the training schedule would be changed so that the team trained together towards the end of the day just before the fast was to be opened (Ifthar – at sunset) to allow the players to then replace carbohydrate and fluid stores immediately after training.’

This was the case when Palestine and Oman faced each other last year in an Asian Cup qualifier during Ramadan. Both sides moved their training sessions and meals to night time. They ate a mixture of slow-release carbohydrates, lean protein and greens, providing a balance between food that they could digest easily before a game and that would provide enough energy to get through it. The game itself was even moved to 11pm, to cater to fans as much as the players on the pitch.

There are a number of countries – Saudi Arabia, Morocco, Iran, Egypt, Tunisia, Senegal and Nigeria – whose World Cup squad will be almost entirely Muslim. The Saudi FA’s President, Adel Ezzat, has said the squad will have a special dispensation to fast intermittently. The team played qualifiers last year during Ramadan, and their domestic league is often played at the same time. When they arrive in Russia there will be roughly 18 hours of daylight to contend with, and players will be able to decide for themselves how to manage their fasting. 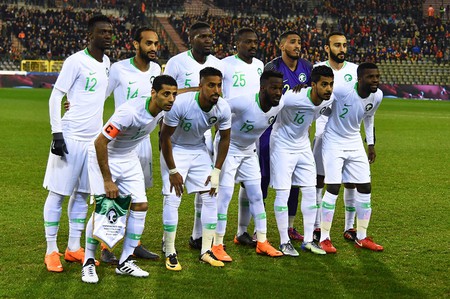 Similarly, Egypt’s Grand Mufti Shawki Allam has declared the team’s players are not required to fast. He did, however, say that it will be better if they do fast.

All healthy, adult Muslims are expected to observe Ramadan, but exceptions can be made. Pregnant women, for example, don’t have to fast. If you are travelling, or ill, you can choose not to fast on specific days, but this has to be made up on another day over the rest of the year as a result. As Dr Iqbal explains: ‘Some Muslim players decided to fast when they didn’t have games and make up those missed at a later date. This was because they felt that not eating or drinking for nearly 20 hours a day between the times of Sehri (about half an hour before the first prayer of the day early morning) and Ifthar would affect their performance.’

A squad of players fasting together is one thing, but what about in teams where only a few individuals are Muslim? Is Saudi Arabia’s coach far more accepting than France’s would be, for example?

‘In this year’s Champions League final, Liverpool’s Muslim contingent (Salah, Emre Can and Sadio Mane) will all be considered “travelling” so they have the option not to fast,’ Islam Momani, director at the Association Of Muslim Footballers (AMF), tells Culture Trip. ‘Over the years those involved within football are much more aware of Ramadan and what it entails, and faith awareness at football clubs is much more common than it used to be.’ 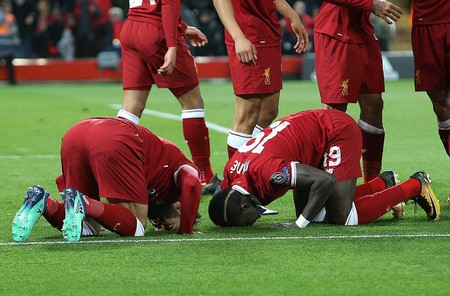 It’s a point also raised by Dr Iqbal: ‘If all your teammates are fasting then it’s likely to be easier mentally, as the whole team will be preparing in the same way. Spiritually it may also benefit the players as they can support each other and be more sympathetic to each other in the difficult times.’

In comparison to previous years, the 2018 footballing world seems far more conscious of Ramadan and what it means for Muslim players. Momani has helped facilitate this shift. ‘The AMF was set up to provide a platform for professional footballers to share their experiences with aspiring footballers and young people in general,’ the director explains. ‘It also acts as a social forum to share their unique experiences with each other, and Ramadan is an obvious example of that.’

There has never been a better time for Muslim footballers playing in the world’s top leagues. There is a far greater understanding from clubs, as well as fans, when it comes to an appreciation of differing cultures and practices. The changes in daily routine that come with Ramadan are considerable, and professional athletes have to be very careful in deciding how to balance the demands of their career alongside their faith.

Professional football, however, is a fickle environment, and a huge dip in performance at something as significant as the World Cup is rarely accompanied by sympathy, fasting or not. But, as Momani points out, ‘There is no conflict between being a professional footballer and being of Muslim faith – one just has to look at the success of Muslim footballers who have prioritised their faith without the need to compromise.’