Facts You Didn't Know About the Russian Royals 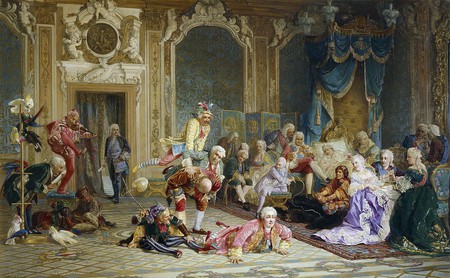 The Romanov dynasty in Russia lasted over 300 years, and it was definitely a turbulent one. The first tsar was enthroned following the hanging of a three-year-old child and the last tsar was murdered with his entire family by the Bolsheviks. Needless to say, what happened in between those years was a mix of treason, coups, murder and lots of passion.

Peter the Great murdered his heir

Peter the Great is revered by Russians as one of the greatest tsars and builders of the Russian Empire. Yet, his record is not at all clean of autocracy and cruelty. For one, his relationship with his son was far from ideal. His son Aleksei didn’t show any interest towards government affairs, and after the birth of Peter’s second son, Aleksei decided to run away. Under the cover of an international trip, Aleksei sought sanctuary overseas, but was eventually forced to return. Back in Russia, he was forced to renounce the throne in favour of his brother. He was then found guilty for treason and tortured, allegedly by his own father, which was the cause of his death. 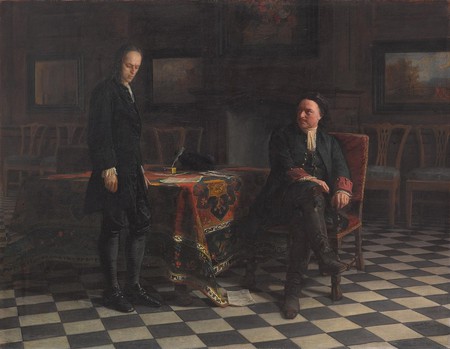 After a hard days work of ruling the country, the royals liked to take time off and unwind. Some enjoyed the more simple pleasures of hunting, horseback riding or hosting lavish dance parties. Others, on the other hand, indulged in more cruel fun. Anna Ioannovna was known for her abusive and odd entertainment choices. She enjoyed watching shows that involved people with disabilities and people with small stature portraying scenarios where they were disgraced and made fun of. She was also no stranger to adult fun. Anna loved hearing dirty, pornographic stories. For this purpose, prostitutes were invited to court so the Empress could get her share of new stories.

Ivan VI went from being emperor to a no-name prisoner

Sparing a few many details of Russia’s eighteenth century version of Game of Thrones, after the death of Anna Ioannovna the throne was passed on to a baby boy, Ivan VI. Soon after, the daughter of Peter the Great, Elizabeth, decided to take back what was rightfully hers, and in a military coup, she did just that. The fate of the baby was not an envious one. He was placed in prison to spend the rest of his days in complete isolation. A law was passed that the name of Ivan VI should never be mentioned or seen again in official documents.

Although Ivan should have remained a prisoner for life, his suffering was ended in the cruelest manner by Catherine the Great. Having no rightful claim to the throne, the new empress feared any potential rival and eventually had Ivan murdered in his cell. 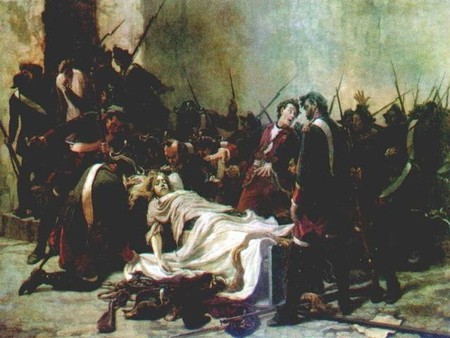 Catherine the Great was not short of lovers

Catherine the Great was never supposed to become an empress. She was taken from a German noble family to become a consort for Emperor Peter III. Their relationship never took off, and he eventually died under mysterious circumstances, very likely by the order of Catherine herself. During their unhappy marriage together, she did give birth to a child, Pavel, who would be the heir to the throne. After her husband’s death, Catherine embarked on a series of love affairs. Her lovers were referred to as her ‘favourites’ in court. They received many benefits from the empress, especially financial. For one of her lovers, Grigory Orlov, a whole palace, known as the Marble Palace, was constructed. It allegedly was meant to be connected by underground tunnels to the Winter Palace, where the empress lived. Unfortunately, Orlov died before the palace was completed.

Alexander I accidentally murdered his father

Emperor Pavel I is often referred to in Russian culture as ‘poor, poor Pavel’. Indeed he was not a favourite of his family. His own mother, Catherine the Great, didn’t see him as a desirable heir to the throne, and instead dedicated all her time and efforts in educating her grandson Alexander I. In turn, Pavel took a certain disliking to his mother – probably something to do with the fact that she was involved in the murder of his father. Despite Catherine’s efforts to exclude him from succession, Pavel did become Emperor, but only for five years. His own son, Alexander I, didn’t see his father fit to rule, so he organised a group of soldiers to raid his father’s castle and take him away. The officers, full of liquid courage, went a step further and murdered Pavel. A distraught Alexander regretted his actions, as murder was never his aim. However, he had no choice but to accept the consequences of his actions. 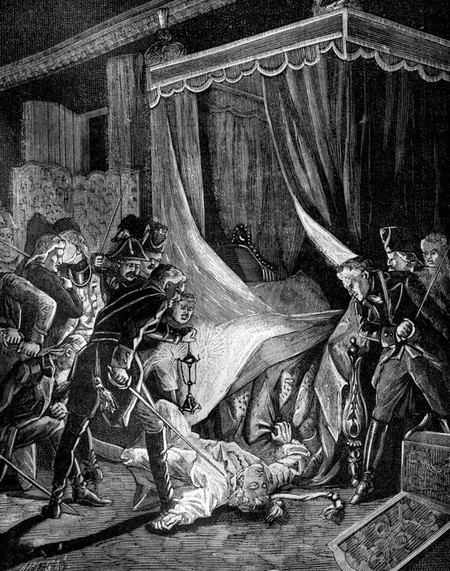 An engraving of the murder of Paul I | © Wikimedia Commons

Alexander II had an eye for other women

Unlike many of his predecessors, Alexander II was known to be a tsar of great stature. He was an excellent politician and surrounded himself with ministers and councillors that shared his visionary approach. Yet, despite being an exemplary politician, he wasn’t an exemplary husband. Rumours suggested that he had enjoyed many affairs and spawned illegitimate children during his life. The most memorable affair was his relationship with the eighteen-year-old Catherine Dolgorukov. The affair started when the emperor was 48. The two exchanged an extensive amount of love letters, all in French, describing their sexual escapades. Catherine did eventually become Alexander’s second wife, and after his assassination, she fled to France, taking the letters with her.

This event is better known in history as the Khodynka Tragedy. Following the coronation of Emperor Nicholas II on May 14, 1896, celebrations were planned for the people in Moscow and those who had travelled to Moscow. The chosen location was the Khodynka field in the northwestern area of Moscow. Temporary theatres, kiosks, pubs and other attractions were erected for the purpose. Each attendant was also meant to receive a souvenir bag with bread, sausage, candy and other memorabilia. Although celebrations were planned to start on May 18, people began arriving the night before. Attracted by the idea of free food and souvenirs, people started flooding in, bringing their families with them. A rumour soon spread that there wouldn’t be enough gifts for everyone, and the people started attacking the stalls handing out souvenir bags. The crowd eventually descended into chaos. As a result, over a thousand people died and hundreds were injured. 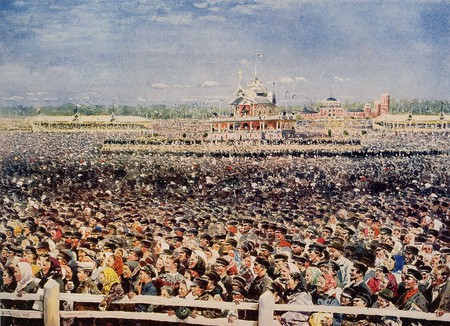 People arriving to the Khodynka field | © Wikimedia Commons
Give us feedback