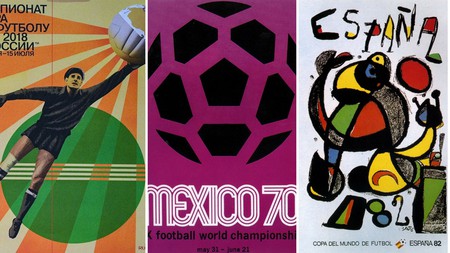 With Russia 2018 releasing its official poster ahead of next year’s World Cup, we decided to go through every poster in the tournament’s history, sorting the dull from the delightful.

Why’s it in space? Is the idea supposed to be that the World Cup is bigger than the world? Or it creates its own world? Who knows. It’s dull, unimaginative and has nothing to do with Germany. 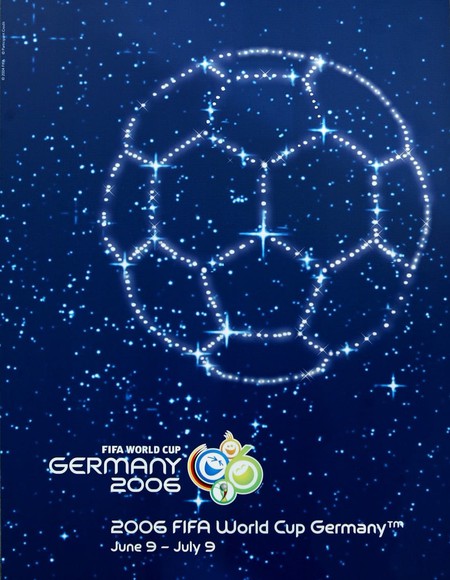 Like marking a primary school maths book – you can see the reasoning and the working out, but the end result isn’t what you want. Feels a bit like its the logo for an advertising agency, rather than any sort of carnival of football. 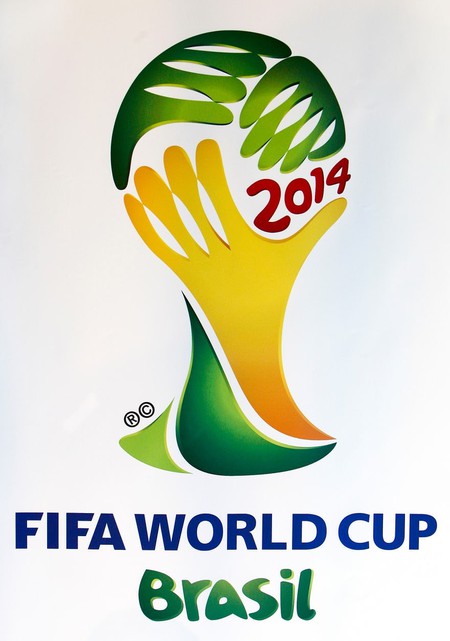 It may have been commissioned by Annie Leibovitz, but the final product appears to be the neglected love child of clip art and Photoshop. Mexico 86 was such an exciting tournament, but it was slightly let down by this monstrosity. 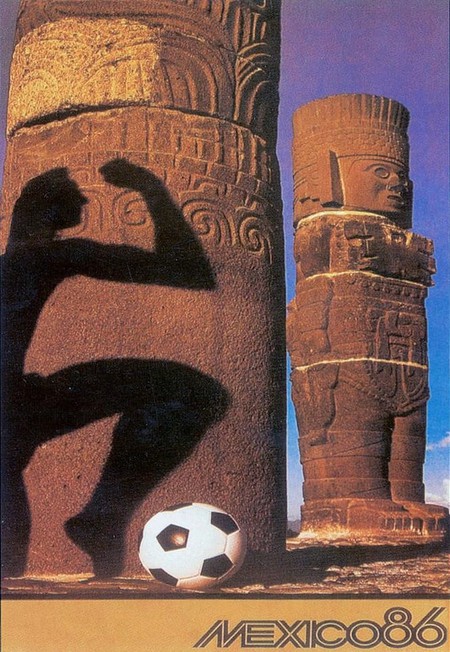 Wow, that’s a lot to take in. In it’s defence, it’s very 1990s and includes a hefty dose of Gallic colour, but it all contributes to quite a messy result. Just put the pen down and walk away. 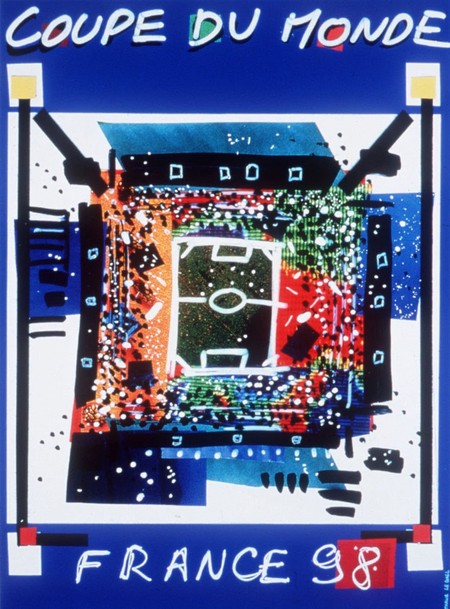 Space, again, this time courtesy of New York artist Peter Max. The USA are usually so good at doing things all ’murican, with plenty of razzmatazz, pride and and unashamed patriotism, and yet this has none of that. 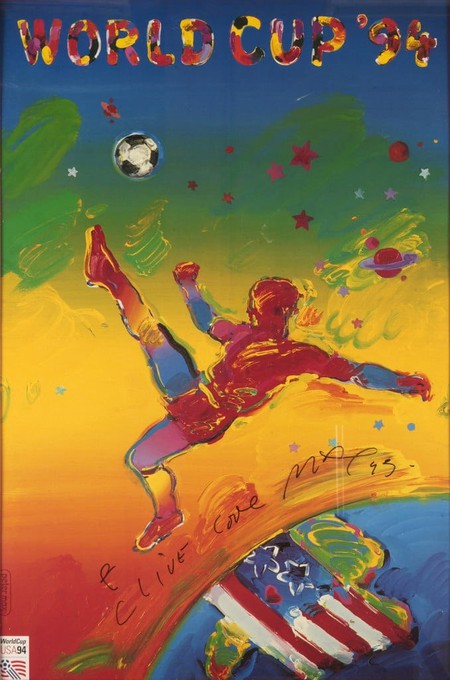 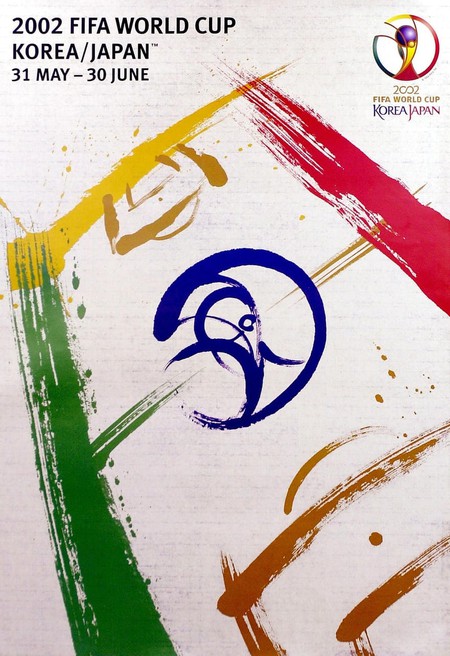 Yeah, it’s fine, in that it has all the components that you might want – football, flags, colours – but they don’t add up to much. It’s all a bit disjointed and muddled and, while it’s not offensive, it’s not particularly exciting either. 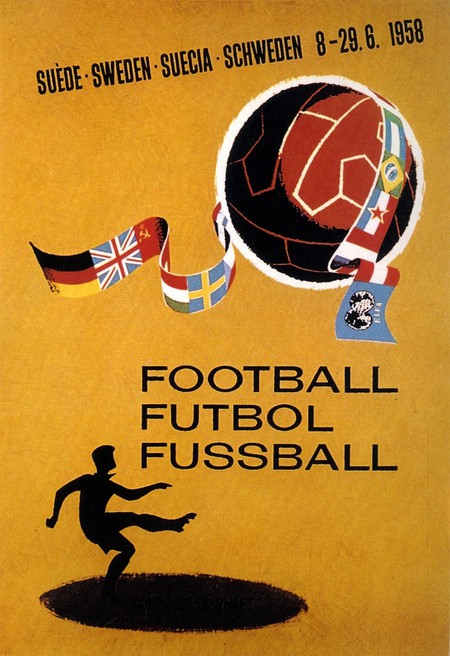 Space. Why are we back in outer space? It’s the best out of the galactic offerings thanks to the simplicity and the red strip of the host nation peeking up from below, but we’re struggling after that. 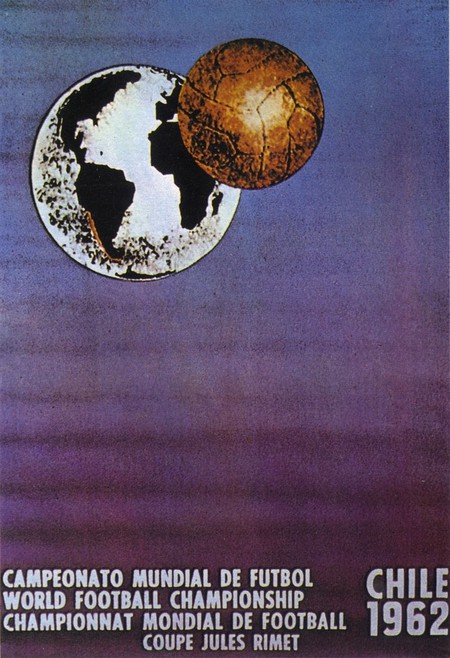 Aside from from some smaller splashes of colour, the predominant black and yellow works, and the head at the top of the map of Africa is an aesthetic success. A good, solid effort, but no more. 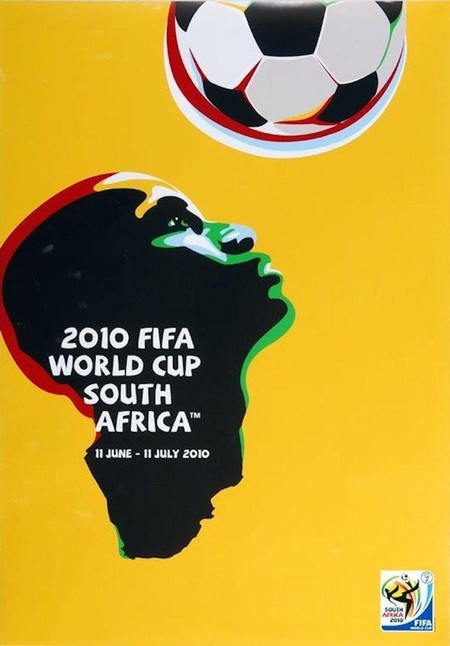 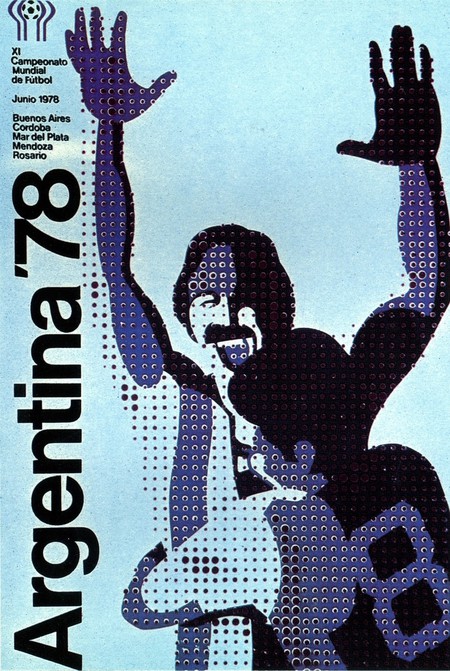 Mascots for major sporting events are, on the whole, hideous, but World Cup Willie bucks the trend. Although it loses points for not actually having the correct flag, there is still something incredibly endearing about this. 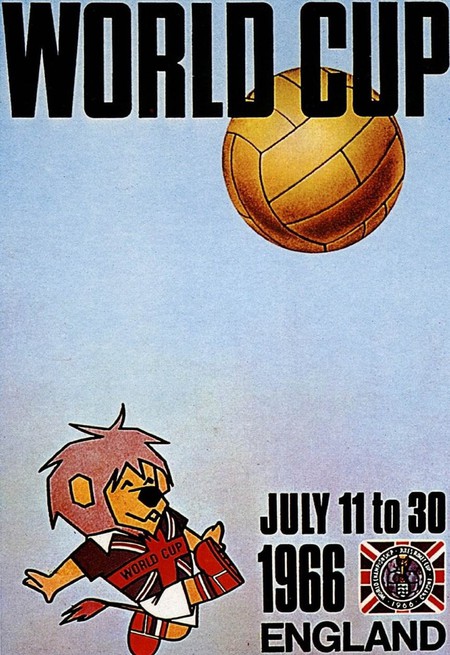 Presenting something that clearly represents your country, without reverting to cliché, is a tricky one, but this manages it. Dark and dramatic, it’s unlike anything else in this list and, while hiding the ‘Italia 90’ font is a brand nightmare, this is still a favourite. 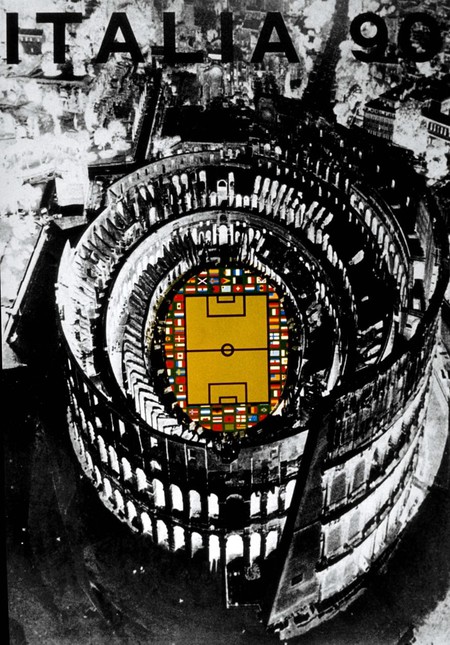 This shouldn’t really work, with the insistence of having every competing flag represented within its design, but there is a certain charm to it. Something you’d expect to see on a nostalgic, football-themed cartoon after school when you were young. 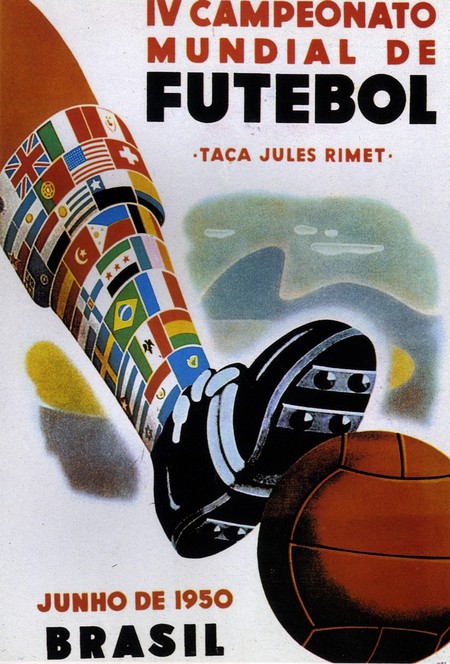 Painted by impressionist Horst Schäfer, it’s very close to being brilliant, but just misses the mark. The featured footballer’s lack of of a head makes it look slightly robotic, which is at odds with the brush strokes. 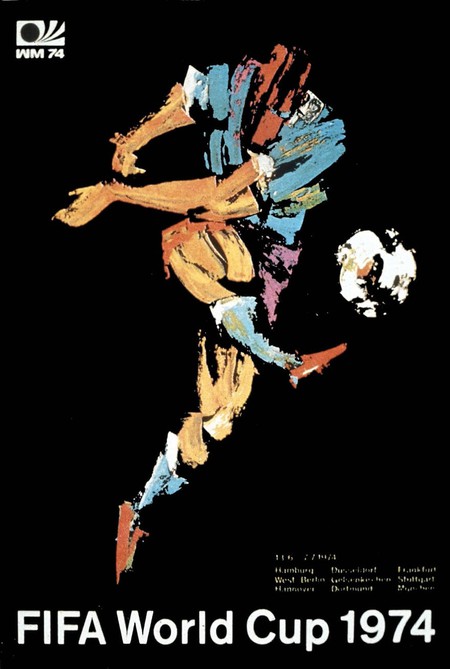 And now a heavyweight enters the competition. This genuine darling of design is simplicity personified. There is nothing ‘Mexican’ about it, but that font is straight out of the top drawer. The end result is understated and beautiful. 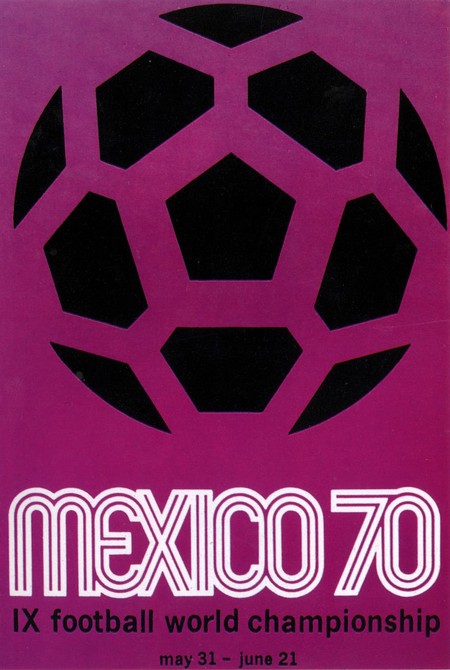 Just look at it, it’s so Spanish. Painted by the Catalan surrealist Joan Miró, this was an instant hit when it was released. For many, it should be higher up the list, but there is a disconnect between the design and football itself. That said, it arguably represents the host nation better than any of the others. 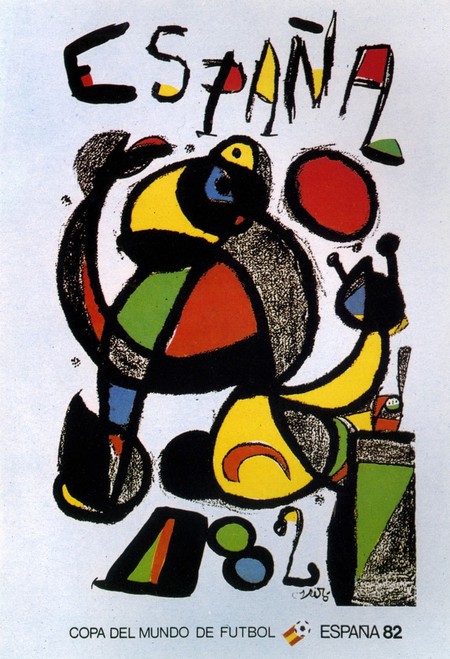 A domineering piece of propaganda that shouts at you to tell you it’s amazing, and you believe it. Very much of its time and like an Art Deco dystopia, it’s grand and powerful. Dislike it at your peril. 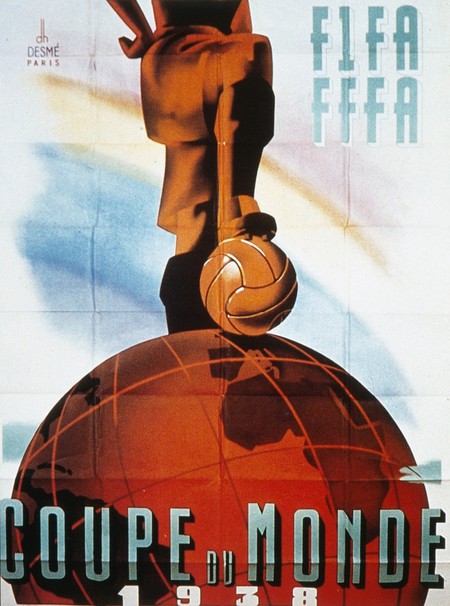 Featuring goalkeepers, as you’ll see, will get a poster high up on this list. It’s comforting, somewhat enchanting and one of the few posters to actually feature a person’s face, even if it is half in the shade. 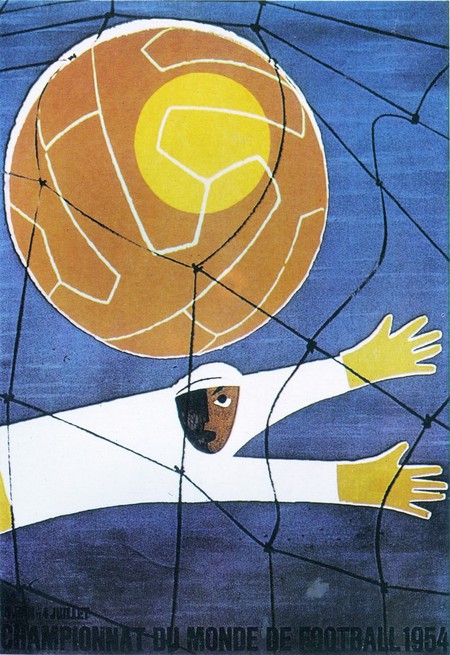 Similar to France’s effort in 1938 (above), it’s Art Deco fascism in full effect and everything you’d expect from a vintage sporting poster. Its creator, Gino Boccasile, was a favourite of Benito Mussolini and became a big part of the Italian art movement of the time. 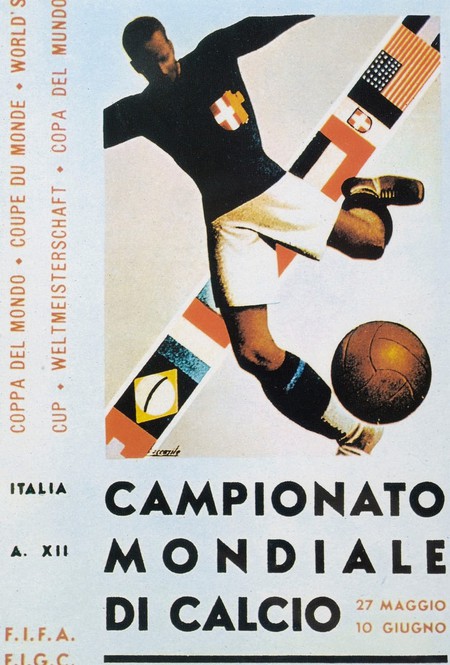 This, ready for next year’s tournament, is almost fantastic enough to forgive the alleged corruption, bribery, hooliganism and doping allegations surrounding Russia 2018. After quite a lot of recent duds, it’s a wonderful throwback. Lev Yashin, whose image features on the poster, would be proud. 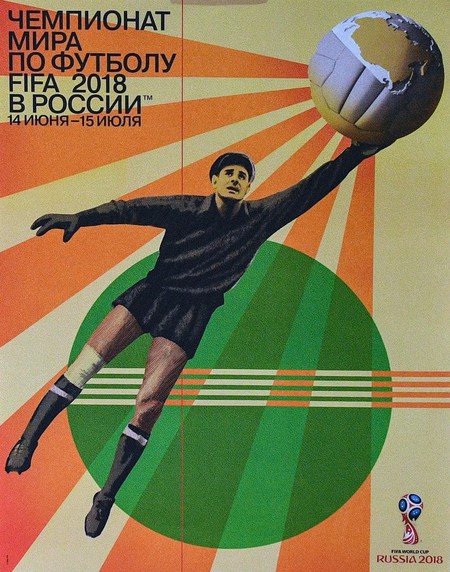 The original, and still the best. It’s so, so handsome. Long before official logos, mascots, sponsors and everything else, this ambitious effort launched the whole thing. According to iconic auction house Christie’s, an original version could set you back £20,000. Worth every penny. 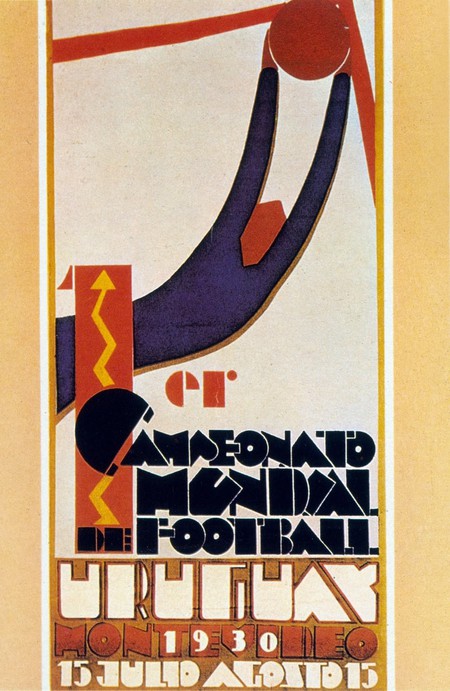 © FIFA
Give us feedback