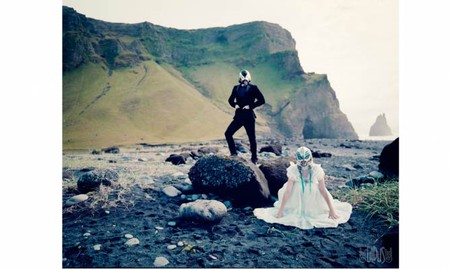 Seven years ago Bakhtiozina began to create the ironic self-portraits that make up her Desperate Romantics collection, which illustrate and laugh at stereotypes of nationalities, genders, and social issues. She uses photography as a tool to send powerful messages regarding the norms of Russian society, balanced with beauty and aesthetics. 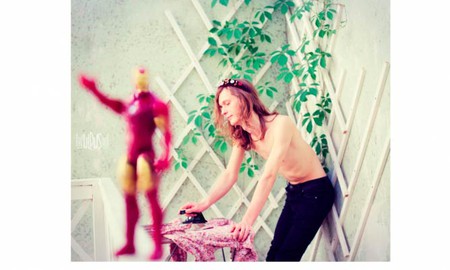 Desperate Romantics takes inspiration from English Pre-Raphaelite paintings produced in the mid-19th century and relates this aesthetic to contemporary issues in her native Russia. Her work takes a sideways look at the roles and perceptions of men and women in Russian society, in a stunning form. She tackles a number of issues head-on, including the unrealistic expectations that Russian men have about women. Irony is a key factor in this project, as Bakhtiozina feels that it motivates girls to fight for their goals, for their dreams, and to alter their stereotypes. 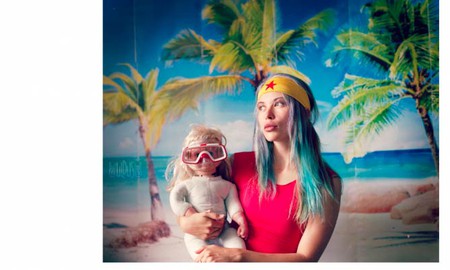 This project focuses largely on surreal images of young marriage in Russia, gender pride, and homophobia and showcases ambitions to be different. Bakhtiozina speaks of the new generation in Russia joining together with their freedom, open minds, and optimism; they are the ‘Romantics’ who have the bravery and the courage to be themselves. The semantic component of the project is an interpretation of modern life. Bakhtiozina holds the view that our utopia is reflected in our minds from images of American lifestyles, and our perception of beauty exists only through the prism of comparison.

For example, ‘Aren’t You a Little Too Short, Storm Trooper?’ shows a 12-year-old boy and professional dancer in Russia disguised as a Storm Trooper from Star Wars. Bakhtiozina uses this image to depict the boy’s struggles of pursuing his passion of dance whilst trying to be united with the rest of his classmates. He hides his goals and dreams in an effort to be socially accepted. It demonstrates the overall shame of being regarded as ‘different.’ 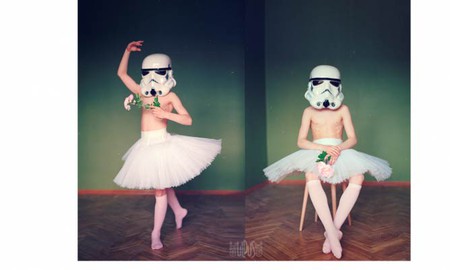 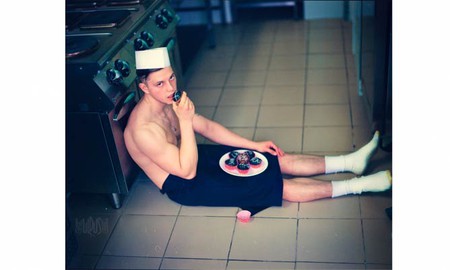 Roses are Red, Violets are Blue, Religion is Chipper then Dinner for Two | © Uldus Bakhtiozina

The portrait “You Won’t Like Me in Rage!,” is the metaphoric interpretation of Nikita, a security guard from a bar in St Petersburg. He hides his sensitive and romantic side behind his hardy façade, as feminine qualities in men are considered a weakness in Russia. Men strive to be surrounded by women, hence Nikita’s Barbie-doll accessories. 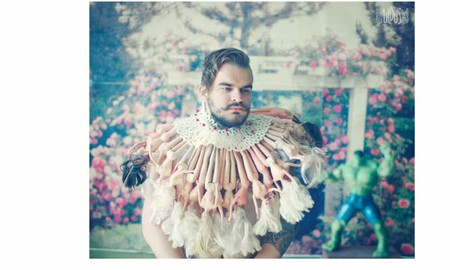 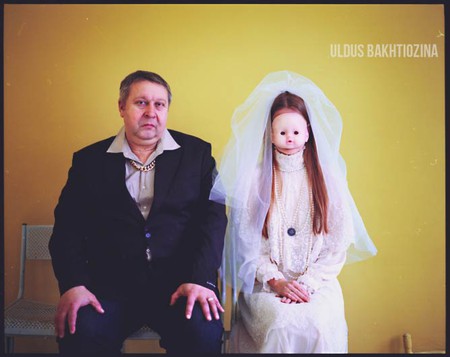 In ‘Fighter Bride’, Uldus’s model is the representation of herself, and her own struggles in her mother country. At 27, Uldus is unmarried, a fate considered doomed and helpless in Russia. She depicts herself in a Mexican fighter mask and wedding dress, posing desperately in her overgrown garden. 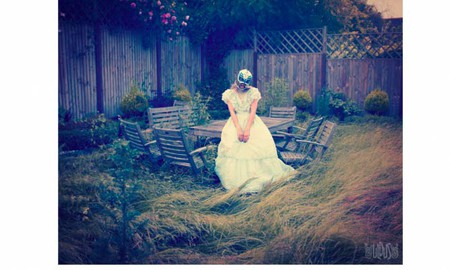 Each magical photograph is an ironic portrayal of a real person and his or her desires to become free. 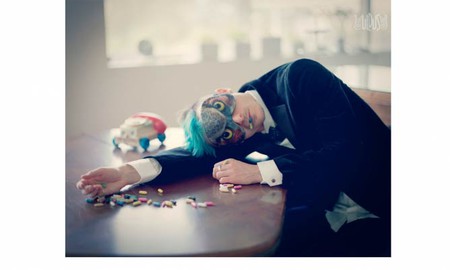 Bakhtiozina’s work has been exhibited across the world, including London, Berlin and Moscow. She was the first Russian speaker to appear at the ‘TED Talks’ conference, and prides herself in using an analog, rather than digital camera, stating that it’s better at capturing the nature of objects. Bakhtiozina currently runs a studio dedicated to the visual arts in Russia.