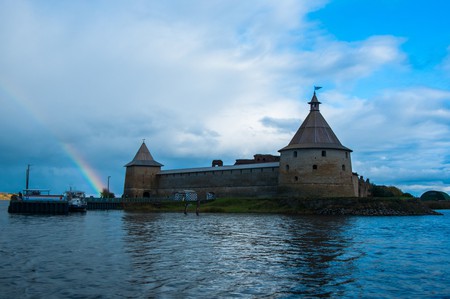 For those who love history, Shlisselburg will be a great place to visit, in order to explore the fortress that defended St Petersburg over the centuries. Escape the busy tourist sites of the city and discover a historic location often forgotten by visitors to St Petersburg.

Despite being fairly remote from St Petersburg, Shlisselburg has played an important role in protecting the city. The main attraction in this seemingly small town is the Oreshek Fortress, literally translated as ‘little nut’, which has protected St Petersburg throughout history. This 14th-century fortress, located on Lake Ladoga, was initially built as a defence line on the border with Sweden. It was taken once in the 17th century by Swedes who established rule there for almost a century. The fortress was then named Noteborg, ‘nut-fortress’ in Swedish, thus the Russian name. In the 18th century, Peter the Great conquered the fortress and renamed it Shlisselburg, ‘key-fortress’. From then onwards, Shlisselburg was a notorious prison usually where political prisoners were sent. Even the brother of Vladimir Lenin was imprisoned and then executed here. Following the revolution, all prisoners were released and it became a museum. The fortress once again served as a bastion for St Petersburg during the times of the Second World War but sustained a lot of damage. It was decided that it would remain in its post-war state in memory of the brave soldiers who died defending their country. 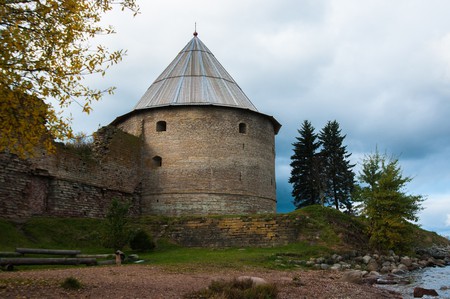 The city of Shlisselburg itself is not of particular interest. It is quite a small town that can be explored in a few hours. What does attract visitors is the fortress, located in the middle of Lake Ladoga. There are small boats that make trips there and back on a regular basis, getting visitors across. It costs around 300 roubles (£4) for a return ticket to the island where you have to pay an entrance fee into the fortress, which is around 250 roubles (£3). Every hour or so, groups are formed for tours around the fortress. Mind you, the language of the tour will likely be Russian, so it is best to inquire directly about English-language services. During the tour, you will learn about the history of the fortress, walk through the old prison and admire beautiful views of Lake Ladoga. 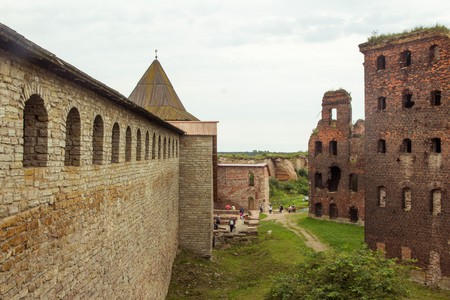 Shlisselburg is about a one-hour drive from St Petersburg. It is possible to take the bus there from subway station Ulitsa Dybenko. The number of the minivan-type bus will be 575 and it costs 70 roubles (£1) for the journey. It is also possible to take the train from Finlyandskiy railway station that will take you within easy walking distance of the fortress. A single journey train ticket costs 113 roubles (£2) and will take just over an hour to get there. It is, of course, possible to take a taxi to Shlisselburg, but not all taxi companies will agree to go the distance. If you do take a taxi to the fortress, think ahead about return transport as taxis to go back may not be as easy to find. 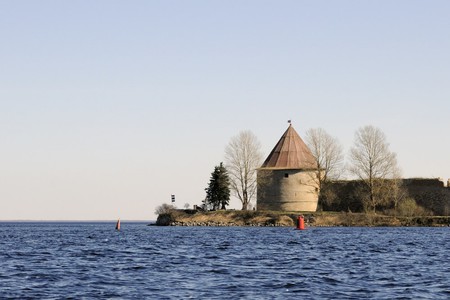