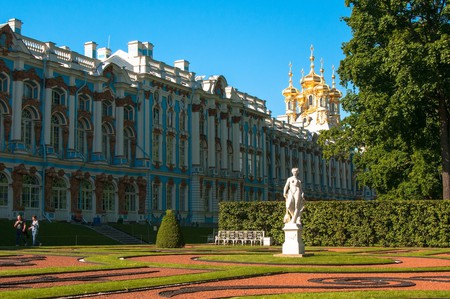 Pushkin, formerly known as Tsarskoye Selo, is one of the most popular destinations outside of St Petersburg. It is within easy reach and has lots to offer. Over time, Pushkin has grown to become a town of its own with new infrastructure, good transport connections and new shops and restaurants opening around town. Here’s how to make the most of a day trip to Pushkin.

Pushkin is a suburb outside of St Petersburg that has greatly expanded over the past years. It was previously known as Tsarskoye Selo, which literally translates from Russian to ‘the village of Tsars’. In the eighteenth and nineteenth centuries, it had served as the summer residence of the Romanov ruling dynasty. For this purpose, a luxurious palace and garden were constructed to serve the needs of the royal family, Catherine’s Palace. It’s current name, Pushkin, comes from the name of Alexander Pushkin, Russia’s renowned poet. During his formative years, Pushkin studied at the Tsarskoye Selo Lyceum, where he first demonstrated a talent for poetry. On a sunny day, the town of Pushkin is a great place to escape the city heat and enjoy a fun day out. 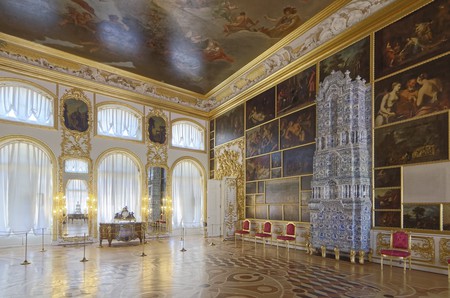 On a first visit, Catherine’s Palace should definitely be your first destination. Although the palace itself was destroyed during the Second World War, the interior has been meticulously renovated to its former glory. A special attraction in the palace is the mysterious Amber Room. The original was dismantled and stolen during the war, never to be seen again, but the room has been restored for visitors to get an idea of its previous splendor.

After visiting the palace, a stroll through the park is a must as there are many scenic trails to take. Time permitting, there is another imperial palace to be seen in Pushkin: the Alexander Palace. This palace was favoured by Russia’s last tsar, Nicholas II, so you can learn all about his family and the dynasty’s tragic end.

For Pushkin fans, the former Lyceum, where he studied has been transformed into a museum dedicated to the life of Pushkin and other famous graduates of his course. 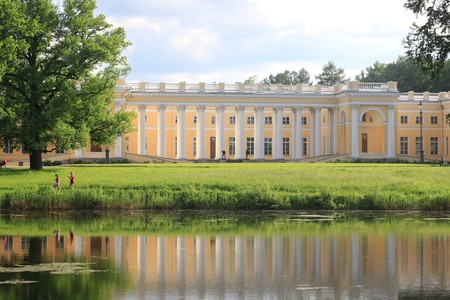 Find peace in the gardens of Alexander Palace | © cmsaccount / Pixabay

Pushkin is located within easy reach of St Petersburg. In fact, many people commute every day from one city to the other. The easiest, but most expensive, way of getting there is by taxi, which will go directly to wherever you need in Pushkin. If you want to save some money, order a taxi from the subway station Moskovskaya – the taxi will be about 600 roubles (£7 / $9) from there. There are also buses that leave from the same subway station. The bus stop is just outside the subway, and you can use buses K299 and K342.

There is also a train into Pushkin that leaves frequently from the city centre (Vitebsky railway station), then passes through Kupchino railway station at the edge of the city. The train station is a bit of a walk from the main attractions, so factor in some time for that. 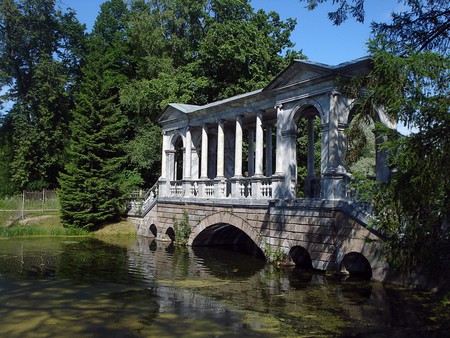 A bridge inside Catherine Park | © mobinovyc / Pixabay
Give us feedback