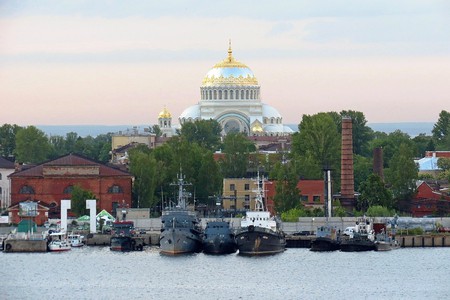 Once a city closed to visitors, Kronstadt has finally opened its doors to reveal the inner workings of a Russian naval base. Not only is the city packed with historic locations that tell the story of Russia’s navy, it has also been the scene of a number of historical events that remain integral to Russia’s history.

Kronstadt is a port city located on Kotlin Island, just 30 km outside of central St Petersburg. It was founded only a few months after St Petersburg itself was founded, in the autumn of 1703. A fortress was built on the island for defence purposes and was eventually transformed into the naval base of Russia’s Baltic fleet. For many years, it served as the headquarters of Russia’s navy. In the early 20th century, just after the revolution, Kronstadt became the scene of a large mutiny against the Bolshevik government that was violently suppressed. Following the mutiny, citizens were relocated from the island, and Kronstadt became a closed city. Until 1996, foreigners or civilians without special permission were not allowed on the island, and it was only in 1983 that a bridge was built connecting the island to the mainland. 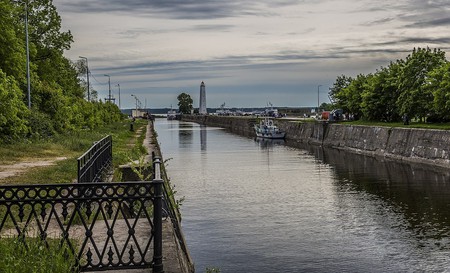 Now that Kronstadt is open to visitors, it has much to offer; most of the attractions pay homage to the town’s past and are related to the navy. The biggest museum is dedicated to the history of Kronstadt. Here, all the main events of the city’s life are portrayed in detail. There is also an exhibition of objects that were found in shipwrecks. Another place of interest is the Naval Cathedral, dedicated to fallen seamen. The cathedral has been recently restored and reconsecrated. Like any port, Kronstadt also has a historic lighthouse and many monuments to naval officers and heroes. Most importantly, it has seaside views that make for a pleasant stroll around the island. 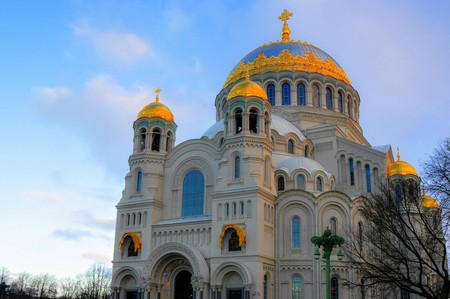 The cheapest way to travel from St Petersburg to Kronstadt is by bus from different subway stations located in the north of the city. For example, you can take bus 101 from Staraya Derevnya station, bus K405 from Chernaya Rechka station or bus K407 from Prospekt Prosvescheniya station. They usually depart at an interval of 15-20 minutes. Taxis will also travel to Kronstadt and will cost around 900 roubles (£10) each way. It would be wise to agree upon a return journey, too, as finding a taxi in Kronstadt may prove harder than in central St Petersburg. There used to be a hydrofoil service that you could take from St Petersburg embankments, but that only runs together with a package deal. 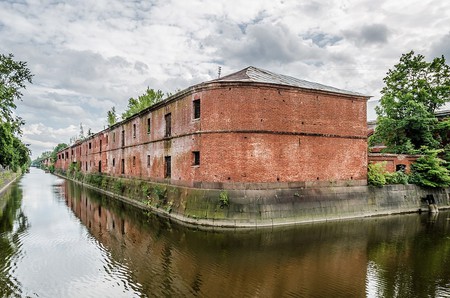