Classical Songs That Will Remind Every Russian of Home 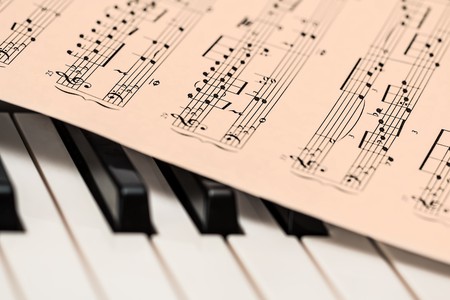 Classical music is part of every Russians’ upbringing from a very young age. Russians cherish their musical heritage and sometimes a familiar tune is all you need to feel at home. These are the pieces of classical music that will take every Russian back to their place of birth.

A classic tune from one of the world’s most famous ballets – Swan Lake Suite Op. 20a. In fact the actual composition was not in the ballet, rather it was a combination of the best movements in the ballet, which Tchaikovsky had composed six years previously, combined into one piece – a suite. Six numbers were chosen from the ballet and united under the Swan Lake Suite Op. 20a. Tchaikovsky never lived to see his idea materialise – it was published seven years after his death.

Dance of the Knights by Sergei Prokofiev

The start of the second act of famous ballet Romeo and Juliette, based on the work of William Shakespeare, the Dance of the Knights is one of the best-recognised movements. This dance can be characterised by its grand, aggressive rhythm that signifies the rivalry between the two houses of Verona – the Montague and the Capulet.

Flight of the Bumblebee by Nikolai Rimsky-Korsakov

Not the actual name of the piece, but one that has stuck to it for one fairly good reason – the music does in fact sound like a bumblebee in flight. In truth it is a interlude in the opera The Tale of Tsar Saltan, based on the famous fairytale written by Aleksandr Pushkin. It does feature a bee, or more a character, Prince Gvidon, who is turned into a bee by a magical Swan-Bird so that he can fly and let his father know that he is alive.

‘The Great Gate of Kiev’ is one of the piano pieces in the cycle of works called Pictures at an Exhibiton by Mussorgsky. Each piece in the collection was meant to be like a story on its own, and this particular one was an illustration to the project of a new grand gate in Kiev in old Russian style, that eventually was not completed. The piece transmits the grand opening of what could have been the newly constructed gate, with dramatic chords overlapping with bells tolling in the background, imitated on the piano.

The Leningrad Symphony holds a special place not only in the hearts of Russians, but especially in the hearts of people from St Petersburg, previously called Leningrad. Shostakovich started composing the symphony in the late 1930s and completed it in 1942, when he and his family were already evacuated from Leningrad which was under the siege of the German army – a siege that would last 900 days. And in that same year, a starving orchestra in the besieged city played the symphony, with the recording transmitted live across the city. It became a hymn to the fight and the struggle of the city during the long years of war.

Glinka’s works were often linked to Russian culture and Kamarinksaya was no different. In fact, this was the first piece of classical music based completely on Russian folk motives. The song is separated into two parts. The first is a bridal song and the second is an instrumental dance that is meant to be repeated until the dancers can’t dance anymore. Glinka’s work influenced many composers after him, but also earned a special place in the hearts of Russians.

The Snowstorm by Georgy Sviridov

A suite written especially for the movie adaptation of Pushkin’s famous story ‘The Snowstorm’ from the Belkin Tales. The story of a young girl who decides to elope with her beloved who is on his way to the church gets caught up in a snowstorm and loses track. Instead, a passing officer decides to pretend he is the groom and marries the unsuspecting young lady. The husband and wife part ways only to meet again under unusual circumstances. An innocent, almost fairytale-like story accompanied by music that conveys the feeling of a Russian winter.