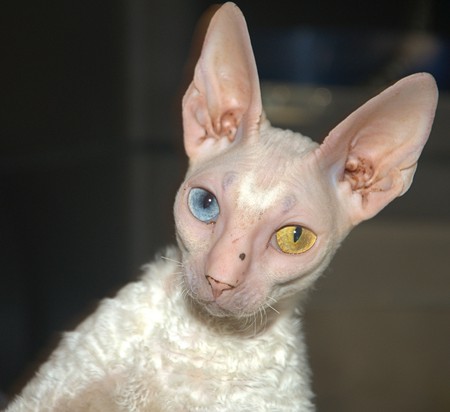 It is true our pets often control us more than we do them, but for one unfortunate Russian man, his pet cat could literally control his mind. We find out more about the strange tale of Charles Utkins, the mystic moggie.

Siberian Times have reported that a cat from the small Russian town of Blagoveshchensk, on China’s far western border, has a mind so powerful he could make his owner buy him sausages and fish using his telepathic powers.

Soon after Dmitry R of Blagoveshchensk inherited the cat (called Charles Utkins), from his aunt, he began to notice its unnerving ability to be strange. A lot stranger than the average tabby. 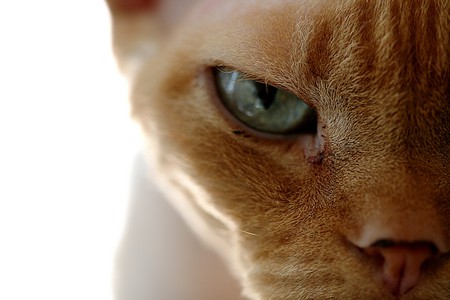 Charles Utkins' owner believed his pet could control his mind.

According to Dmitry R, Charles Utkins would often stare into space, seeing things that humans and Dmitry could not see. Most cats do this (even some humans do this), but Charles Utkins’ ability to be weird and unsettling went further than a creepy gaze. He started to appear from behind locked doors and could control Dmitry’s mind:

“The doors to the rooms were closed, and the cat, shut away elsewhere, suddenly appears in the room from behind closed doors, although nobody let him go.”

Dmitry went on to say:

“He reads minds, but the worst thing – he inspires thoughts. And these thoughts will be fulfilled, they are impossible to resist. He made me go shopping and buy what he needed.”

Dmitry claimed that Charles Utkins would wake him up at five in the morning, with a hunger for fish or sausage, despite normally having an ardent distaste for them. These meat cravings were so strong they were only satiated after Dmitry bought said meats and fed them to the cat. 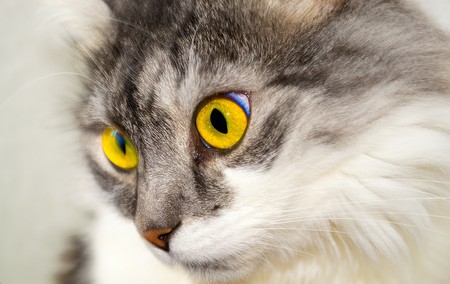 Charles Utkins would force his owner to buy him fish and sausages.

Domestic life with the mouser got pretty miserable for Dmitry. He was filled with shame about doing things he didn’t want to do and thinking things he didn’t want to think, unable to evade his pet’s efforts in mental manipulation. His wife was appropriately weirded out by having the freaky feline around. According to Dmitry, the situation started to put a strain on their marriage.

Meanwhile, over 4000 kilometres away, in Novosibirsk, a clairvoyant heard about Charles Utkins’ unusual powers and turned up at Dmitry’s house to inspect the cat. Dmitry describes their meeting as follows:

“She is a clairvoyant, and came with all her paraphernalia… She closed the cat in the room, and then rapidly decided to buy it. “

After the brief inspection Dmitry claims the mystic snapped the cat up, offering him five million rubles (US$83, 621 or £64,468) to take the paranormal furball off his hands. She justified the price tag, confident that Charles Utkins would pay his way once she combined their abilities in her supernatural endeavours, demonstrating sometimes it really does pay to be a little weird.