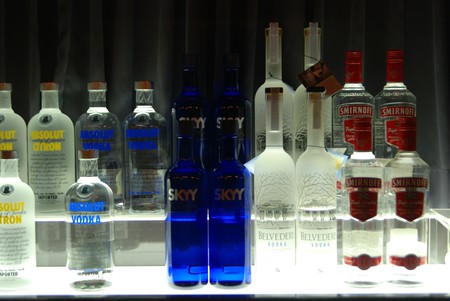 Vodka is one of the national Russian symbols and one of the things most associated with the country. Being the biggest consumer of this drink, Russia spread the vodka culture to other countries by producing some spectacular kinds of vodka. Culture Trip looks at the best Russian vodka brands – and which bottles you will definitely want to bring back home.

Produced in the city of Mariinsk, Beluga uses the highest-quality alcohol and artesian water. It’s pleasant to drink, hardly has a smell and leaves a smooth aftertaste. For a very special gift, or drinking with friends, we recommend a bottle of Beluga Noble – thrice cleaned and then aged for 30 days, Beluga is light and rich in taste – with delicate oat notes, a small citrus sweetness and even almost invisible shade of honey – and a spicy aftertaste.

Vodka Mamont is produced n one of the oldest distilleries in Russia. Located in Altai mountains, the producers use the pure Altai water to assemble this vodka. It is made from winter wheat, passes sixfold distillation and is filtered through birch charcoal. All this provides the drink with cleanliness and freshness. The bottle is pretty curious too – it is made in the shape of a tusk of a mammoth found not far from the factory.

This is one of the oldest Russian vodka brands – its history goes back to the Russian Empire. The recipe of vodka was enhanced in 1938 and hasn’t changed since then. Moskovskaya vodka goes through triple distillation and triple purification – quartz sand, activated carbon and again quartz sand. This vodka has a fresh and slightly spicy aroma; it’s smooth and doesn’t leave a heavy aftertaste.

How cool are the Moskovskaya limited edition bottles? Eagle or Bear, which one are you? 🦅 vs 🐻 #moskovskayavodka

This vodka is famous for using the water of lake Baikal – one of the cleanest and deepest fresh water lakes in the region. The vodka contains water from Lake Baikal, an alcohol base of the Lux series, tincture from cedar nuts and pine buds with honey. The aftertaste has strong nut influence.

Ecological vodka Drova is using all the best ingredients to deliver the rich and smooth taste with a light, sweet aftertaste. This is an ecologically strong alcoholic beverage, which is not only made from natural ingredients but also purified in the process of production by real birch, oak or nut coal. The main ingredients included in the composition are: ethyl alcohol Lux, birch juice and honey product.

This vodka is distinguished by a bottle with a big haski dog footprint on it. The production of “Husky” vodka uses the technology of “cold treatment”: The lower the temperature during cleaning, the higher the amount of impurities absorbed by the filter. As a result of this filtration, the Husky vodka delivers a crystal clear drink with a pure and fresh taste.