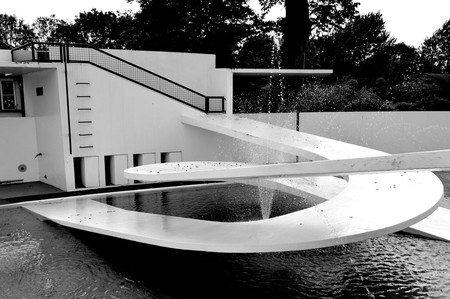 Born to a liberal Jewish family in Tbilisi, Georgia, Berthold Romanovich Lubetkin was destined to become one of a group of European émigrés who championed modernism in Britain during the 1930s. A pioneer of the belief that architecture was a tool for social progress, Lubetkin’s own history is as transformative as the ideals he disseminated. 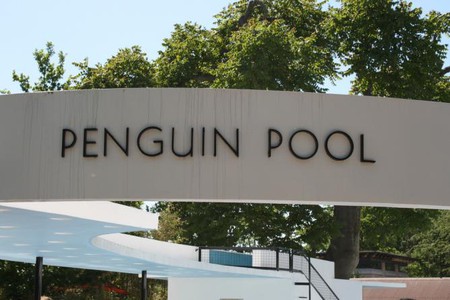 Care for a plunge? | © Paul SImpson/Flickr

Frequently documented as having been born in Warsaw in 1903, it has recently been argued that these are false records designed to conceal his involvement with the Red Army, and that Berthold Lubetkin was, in fact, born in the capital of what is now Georgia. Lubetkin did, however, spend his childhood in Russia. Studying art in Moscow and Leningrad, he witnessed the Russian Revolution of 1917, and affiliated himself with many of the concepts of Constructivism, actively participating in street festivals.

The Revolution caused his Moscow-based art school to close its doors, leading to his fortuitous enrolment in the new Bolshevik art school system of SVOMAS free classes. From there, his early 20s were a period of travel, and a broadening of artistic as well as personal horizons. At the age of 21, Lubetkin visited Berlin and ended up staying on to help collaborate on a state-sponsored Exhibition of Russian Art. It was at this point that his guidance from Wilhelm Worringer started to nurture the germ of Lubetkin’s social idea of architecture. Worringer was himself a scholar in aesthetics and carpet design at the Berlin Textile Academy, and served as a founding influence on Lubetkin.

By the mid 1920s, Lubetkin had settled in Paris, where he finished his architectural studies at the Ecole des Beaux-Arts. The French capital witnessed both the first stand-alone architectural undertakings by the Russian expat, but also some of the most progressive schools of the time. Indeed, Lubetkin fell in with Auguste Perret’s radical atelier, who are best characterised as having re-worked the neo-classical style, prioritising the construction of old models in raw and fresh materials.

His earliest commission came from close to home. Lubetkin’s neighbour, the circus artist Roland Tutin, set him the challenge of designing an acrobatic set for his fair-themed nightclub, Club Trapeze Volant. From these exotic beginnings, Lubetkin enjoyed increasingly affluent, influential and radical projects. By his late 20s, his partnership with Polish-born architect Jean Ginsburg was well established, and together they built Number 25, an Apartment building on the Avenue de Versailles. 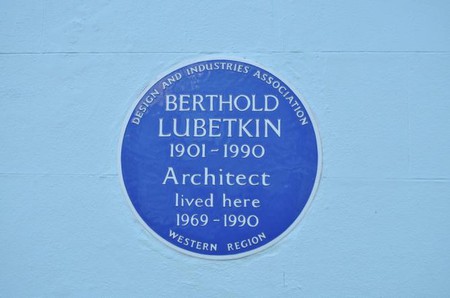 A concrete symbol of the European Avant Garde, Lubetkin soon associated himself with Worringer’s former employee and golden child Le Corbusier. Instrumental in the formation and shaping of debates of Constructionism, it was this circle that encouraged him to enter the Palace of the Soviets competition. This architectural contest sought construction plans for an administrative centre and congress hall in Moscow, near the Kremlin, and was won by Boris Iofan’s neoclassical concept. This context serves to demonstrate Lubetkin’s very earliest forays into the social movements behind his work.

To a modern audience, it is the products of his time in London for which Lubetkin is more commonly remembered. After a decade in Paris, he moved to London with a commission to map out a house for the Harari family. Soon after in 1932, he co-founded Tecton, the radical architectural group partnered with up-and-coming designers Francis Skinner and Denys Lasdun.

Tecton developed under Lubetkin’s guidance until it was disbanded two decades later. Traditionally translated into English as ‘carpenter’, the name also conveys a more mechanical rather than artisanal skill, more akin to technical architecture. This unison of the art of architecture with its at once physical and social implications punctuated Lubetkin’s own views, and indeed the way in which he translated European modernism for a London audience.

Perhaps surprisingly, Tecton’s first commission was to design the 1932-4 Gorilla House at London Zoo. Working alongside Danish-born structural engineer Ove Arup, this foray into the wilds of Regent’s Park was the first of a chain of commissions, of which the 1933 Penguin Pool is the most renowned. Featuring walkways in the form of a double helix, and with a wide concrete basin, this pool was a feat of constructivist style. Whipsnade Zoo, Berkshire and Dudley Zoo also saw him appointed as main architect. The latter project was contemporaneously seen as a beacon of hope and entertainment to the bleak, impoverished West Midlands. Lubetkin believed that the construction of a perfect modernist building would transform the social livelihood of the local people. This retrospective video suggests that his hopes were realised. 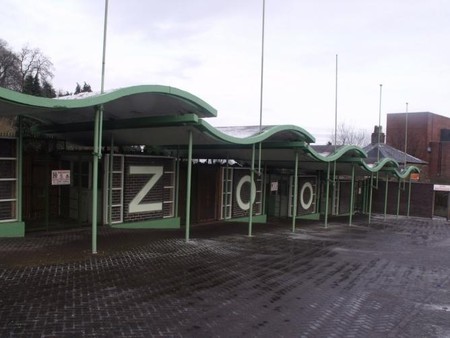 The Tecton group won more commissions, such as Highpoint Towers I and II, with Lubetkin personally feted at the inaugural exhibition of Modern Architecture in England at MoMA in 1937. His mid-career saw continued creations under the Tectonbanner, with a landmark job arriving from Finsbury council. Their requirements? A new health centre. Its significance? This was the first instance that a public commission had been granted to a modernist architectural group. A working concept for Lubetkin’s own conviction in the power of one’s structural environment, the council were aiming to improve public health by constructing an uplifting atmosphere, and inciting engagement with the outside world, through a series of vibrant murals.

This opened the floodgates for housing estate projects in Finsbury, Paddington and Shoreditch. Ever reflective on the impact of the edificial maps around him, so too was Lubetkin deeply insightful of his own make-up. Looking back on his life in his seventies, he remarked that he was: ‘born into one world [the Russia of his youth], tested in another [the growth of the modernist movement in London and Paris] and abandoned in the third’. This tripartite structure, so recognisable in fairytales and stories, ended tragically for the social ideals of Lubetkin. Greatly disillusioned by the starkly conservative Britain following World War II, he mourned the peaceful years of the turn of the century, which afforded space for his prolific career and avant-garde beliefs.

His post-war career never regained the propulsion of before, and although the council flat plots and parks which spatter those years represented continued involvement with the cultural impact of architecture, the flighty towers and wildlife enclosures of before were a thing of the past. Nevertheless, in 1982, eight years before his death, Lubetkin received recognition from the Royal Institute of British Architects who awarded him a prestigious Gold Medal. He is still recognised as a pioneer of what might now be affiliated with psychogeography: the impact of a structure on those who encounter it.